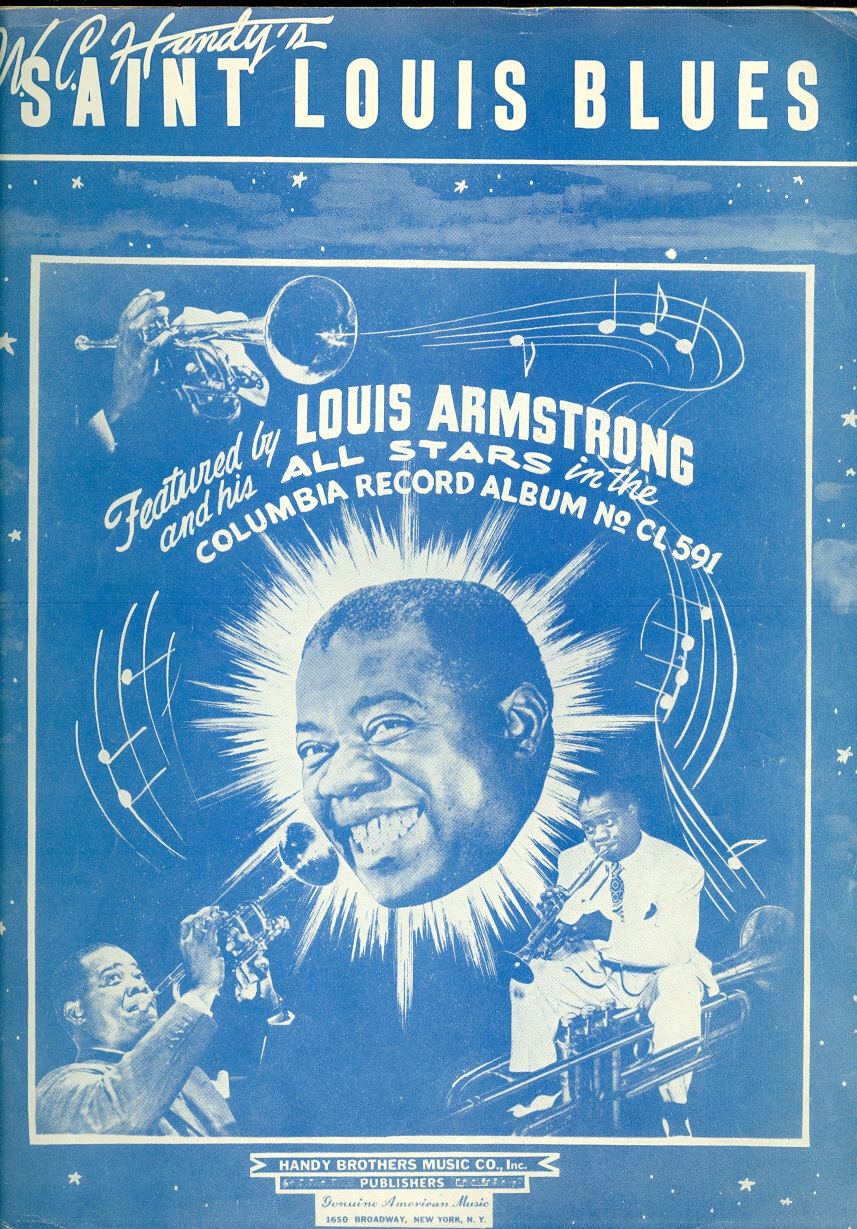 By: Bocage, Peter, A. J. Piron and Clarence Williams

"New Orleans Wiggle" was an important number in the repertoire of A. J. Piron's New Orleans Orchestra. This is the first edition sheet music for the song which was written by Piron, his renowned trumpeter, Peter Bocage, and composer/publisher Clarence Williams. Williams' logo at the bottom of the front cover has the interesting dual blurbs, "Home of Jazz" and "Home of Blues." There is also a photograph of Peron's Orchestra which featured some of the top names from New Orleans. The players, from left to right are: Louis Cottrell, Sr. on drums (he is sometimes misidentifi... View more info 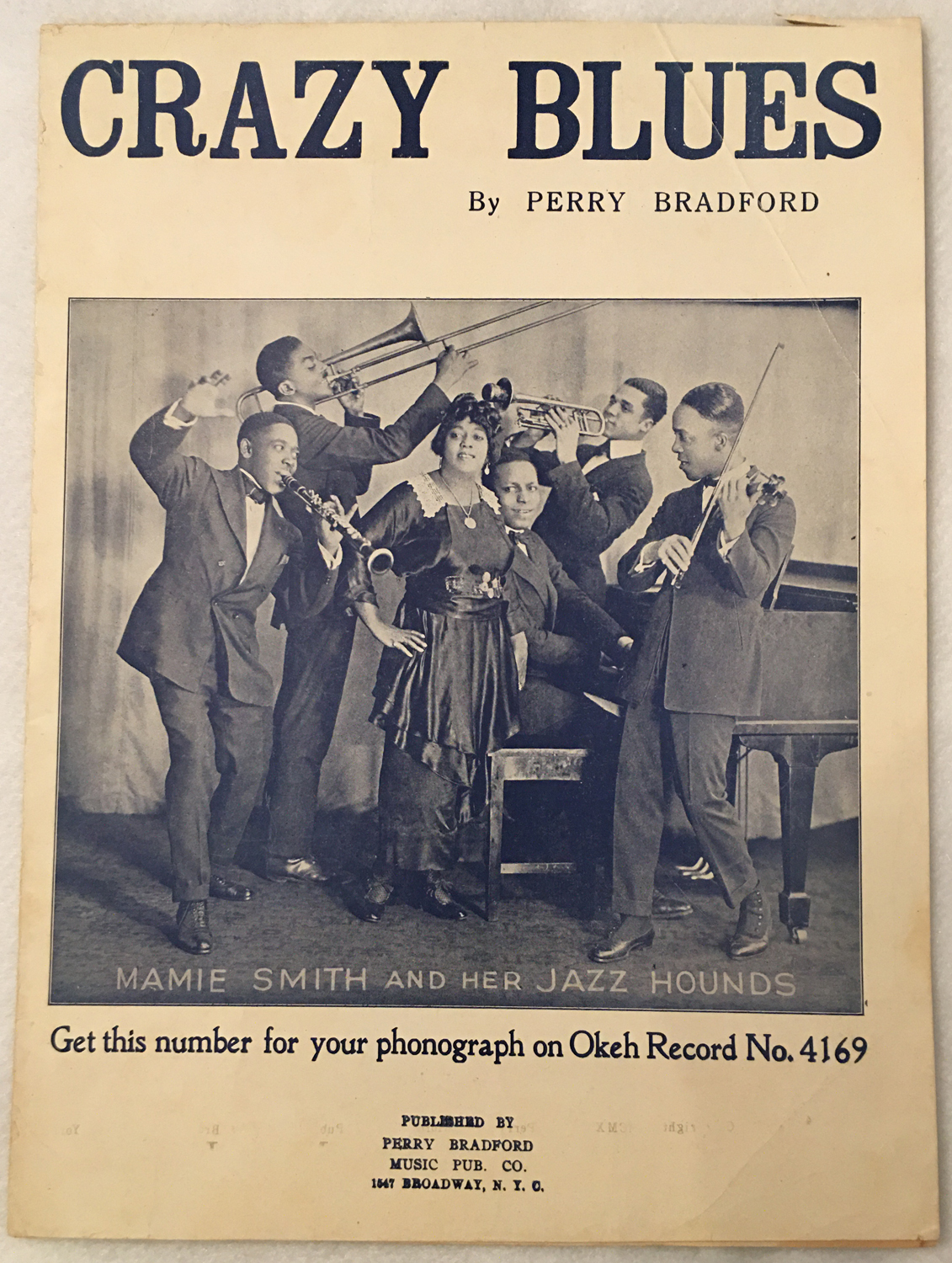 "Crazy Blues", written by Perry Bradford and peformed by Mamie Smith, is considered the first blues recording -- a recording that started a craze for the blues that lasted into the 1930's. Supposedly, Sophie Tucker had been engaged to record this song, but Perry Bradford convinced record executives to let 37-year old Vaudeville/cabaret singer Smith make the recording though she was African-American. The recording sold over 75, 000 copies and made Smith a star. "Crazy Blues" is considered the first blues record and Smith the first African-American to record the blues. This sheet music has a fam... View more info 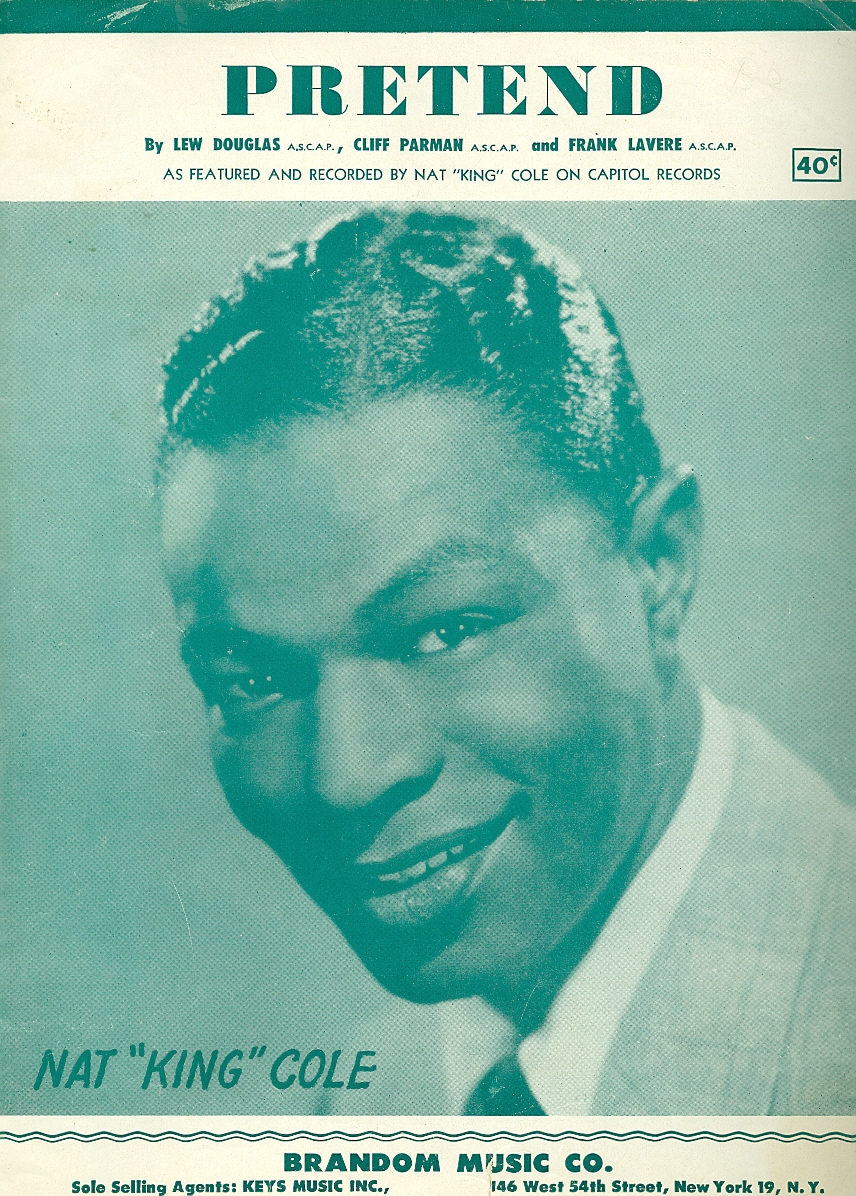 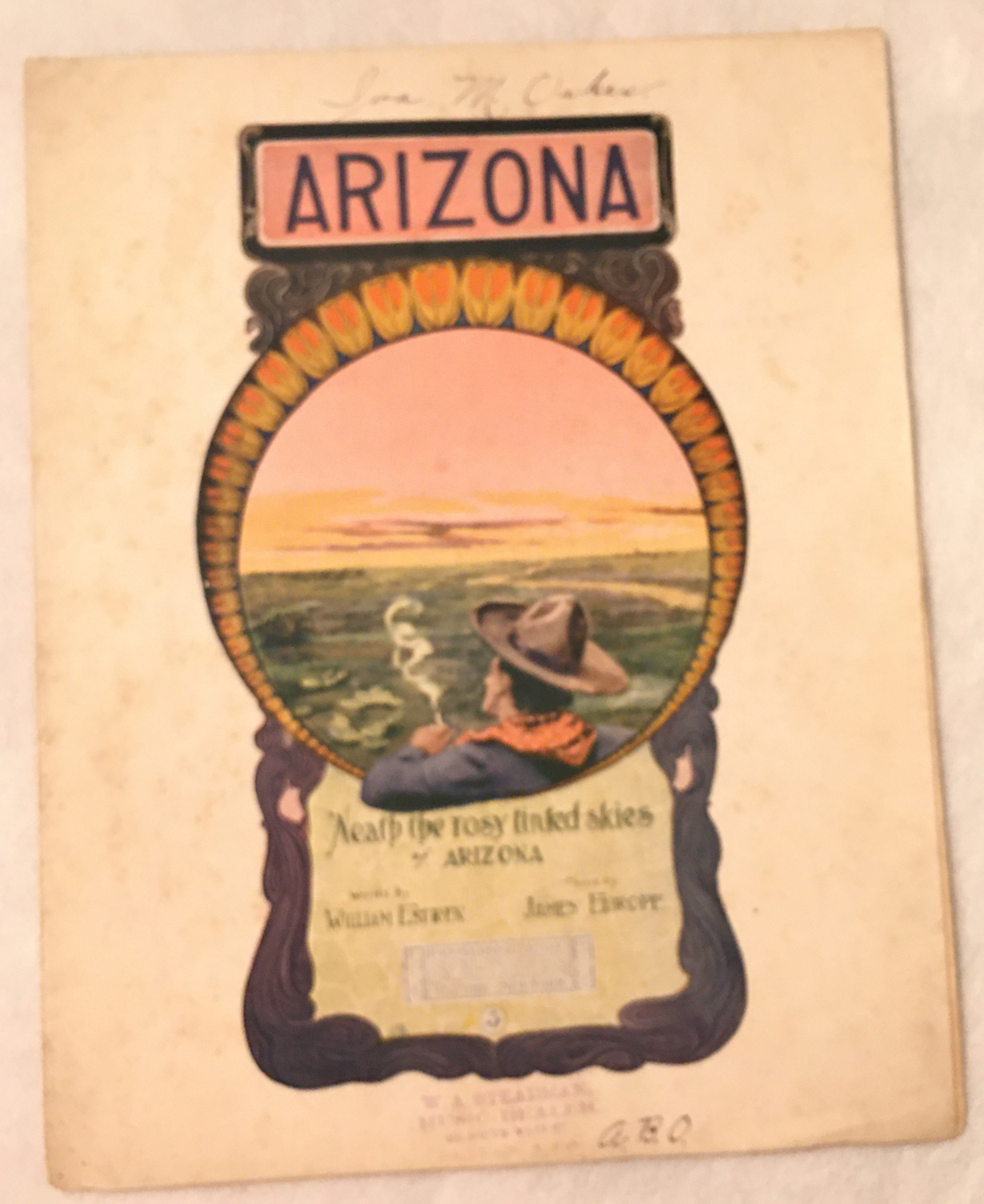 "Arizona" was James Reese Europe's first published composition, according to Peter Lefferts bibliography of the musician's works. This is a first edition copy published by Sol Bloom in 1903. I have not been able to determine how Europe came to write the music for this work, though William Estren, the lyricist, wrote for Bert Williams and other African-American performers. This music is important because it initiates the career of Europe, whom Eubie Blake called "the Martin Luther King of music." This copy is in about VG condition. It has some edge, corner and surface wear along with a former o... View more info 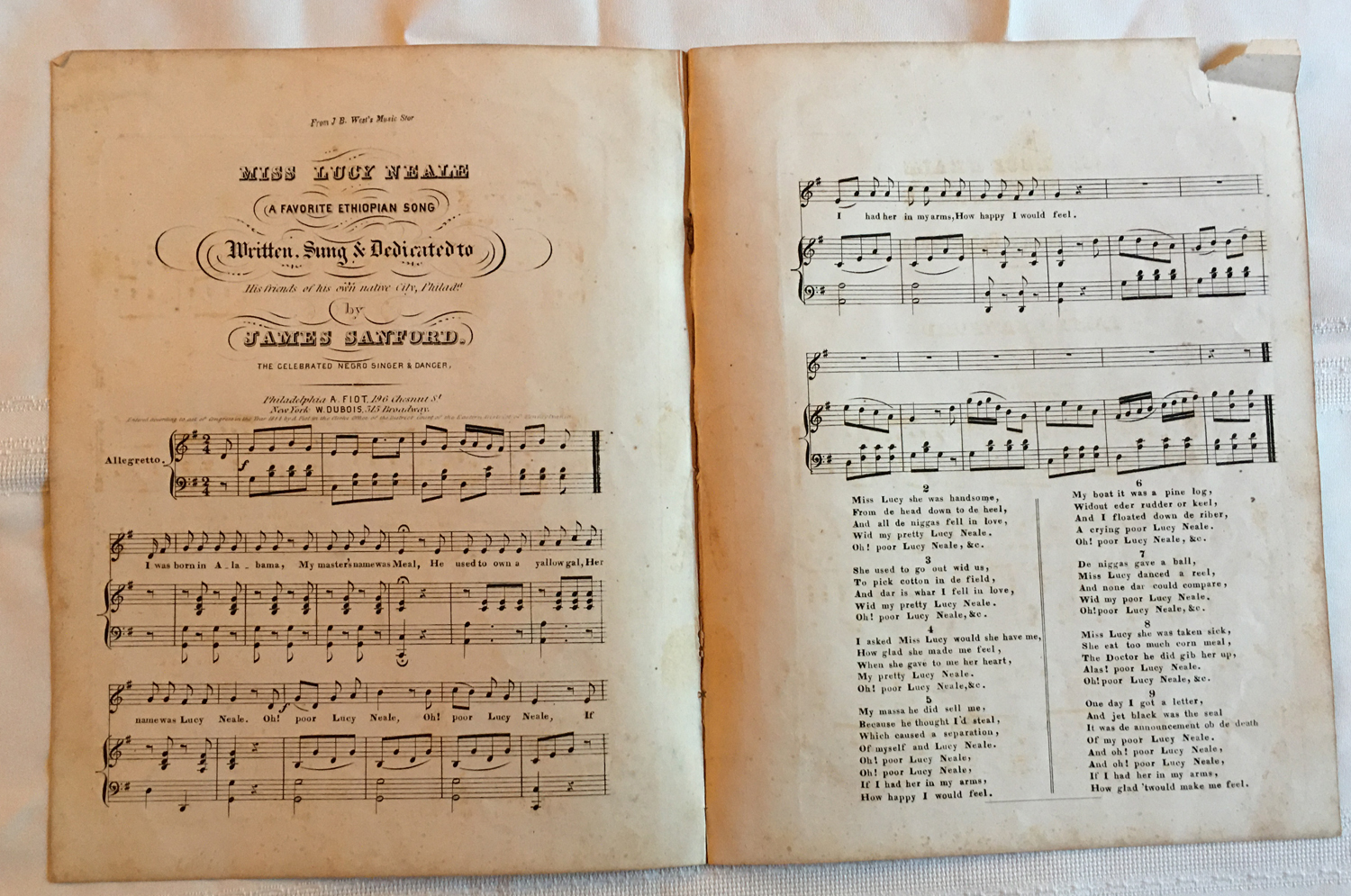 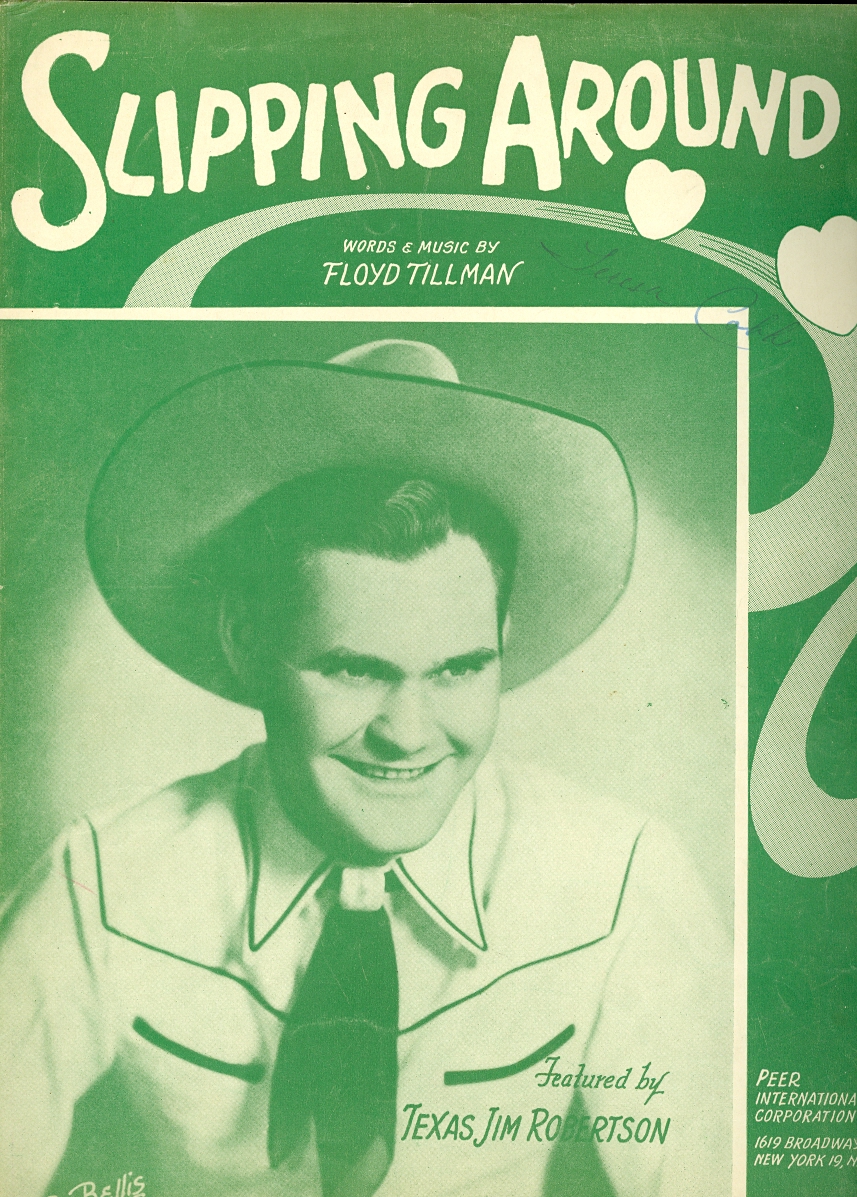 Green tinted pictorial wrap of singer Texas Jim Robertson. Light, general wear and aging but no tears or creases. ; Sheet Music; Photograph; 4to 11" - 13" tall; 4 pages; Sheet music for Floyd Tillman's great Country and Western song Slipping Around. This has the imprint of Peer In ternational which was started by Ralph Peer one of the pioneers in the recording of country music. EX condition. View more info 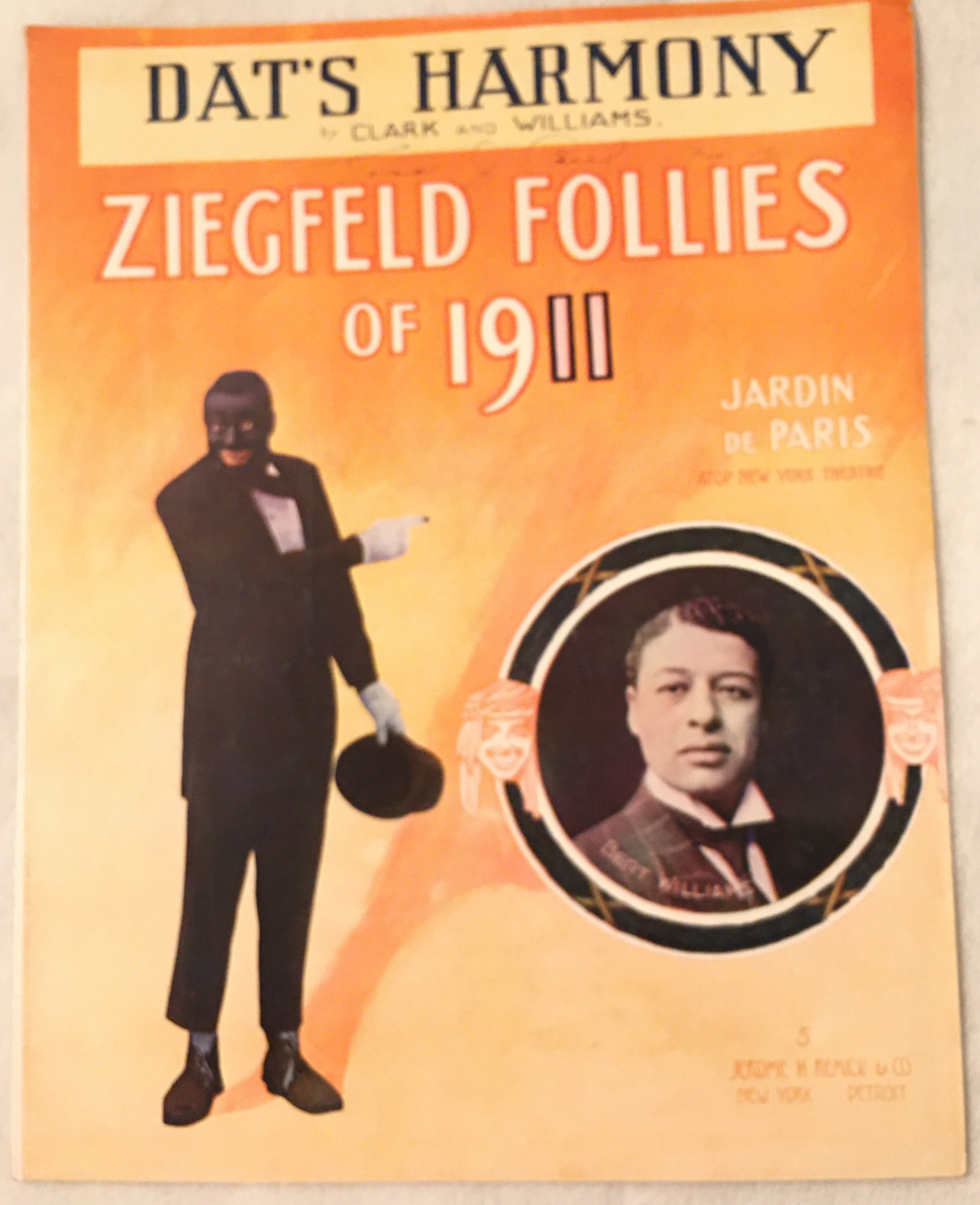 "Dat's Harmony" was one of Bert William's biggest songs his performances in the Ziegfield Follies of 1911. Williams had joined the Follies in 1910, the first African-American to do so. He quickly became one of the show's and the nation's biggest stars, despite having to perform in blackface. He performed mainly comic roles, often, as in this cas, writing the numbers he performed. This sheet music, which is from 191, has a photograph of Williams in blackface pointing to a second photograph without the make up. This copy of the sheet music is in exceptional condition with only light, general wea... View more info