Oddly, this is a one volume edition, published in two volumes; it is also the 1st German edition, though published in English (sounds as if we are not in Kansas anymore). Original blind-stamped brown cloth, spines with gilt lettering. Pages with double columns. Period calf, black leather labels, gilt lettering. Some wear and rubbing to bindings; some light foxing; square with a secure binding. Overall, very good. This first German edition (text in English), probably based on the Baudry edition of 1834. Irving’s works from Salmagundi through The Alhambra. This edtion was published 24 years be... View more info 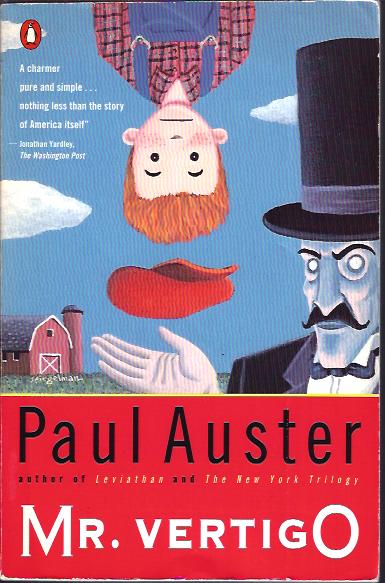 Book has light wear, a small diagonal crease on the back, bottom left corner and a former owner's name and address on back of front wrap. Book is square and binding is secure. ; 12mo 7" - 7½" tall; 293 pages; This 1st softcover edition of Mr. Vertigo is flatsigned on the title page by Auster. ; Signed by Author View more info 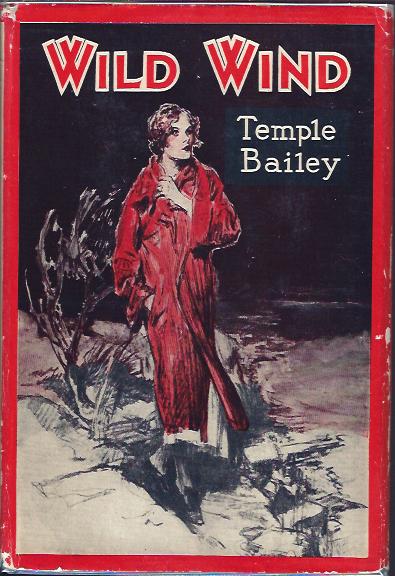 The book is about NF with a little sunning to the spine and minor wear otherwise. Dustjacket has some edg e and corner wear with very small chips. ; 12mo 7" - 7½" tall; 316 pages; Some sites list this as the first edition, but I think this is a G&D reprint from 1930. This copy has an attractive dustjacket by Charles Mitchell. View more info 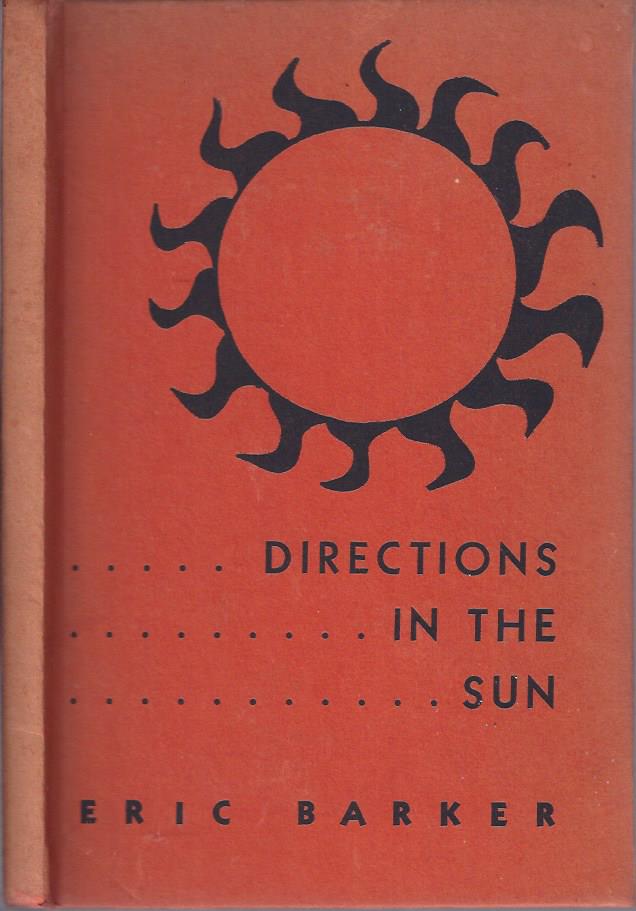 Directions in the Sun

Some soiling to boards; areas of wormhole damage to rear board and edge; overall, about very good. Designed by Merle Armitage. Forewords by Merle Armitage, John Cowper Powys, and Robinson Jeffers. Inscribed on the front free endpaper by the author to Merle Armitage and his wife: "To Merle and Isabelle who made this book possible with affection and gratitude from Eric." And inscribed below by Armitage: "Re inscribed to my dear friend Melinde - Merle." The inscriptions make this a particularly interesting copy. Merle Armitage was a well-known graphic designer and collaborated with his wife Isabe... View more info 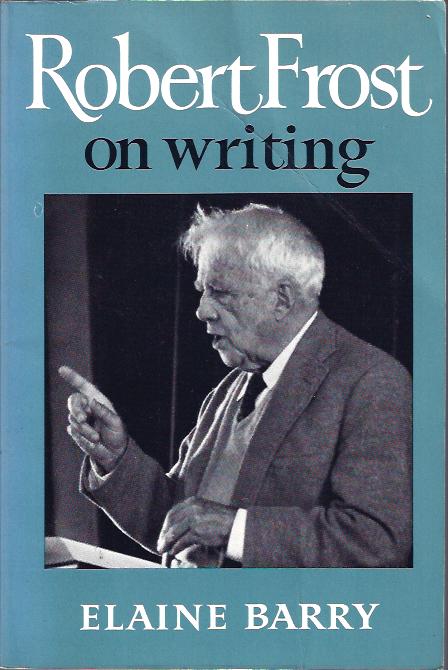 Book is as new except for a diagonal crease across toop quarter. One note in ink on inside, that I see. Book is square and binding secure, appears unread. ; 8vo 8" - 9" tall; 188 pages; Collection of essays, letters, interviews and more examples of Rober Frost talking about the art and craft of writing. View more info 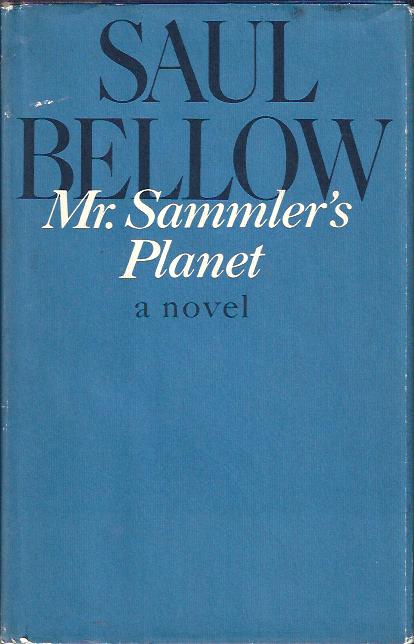 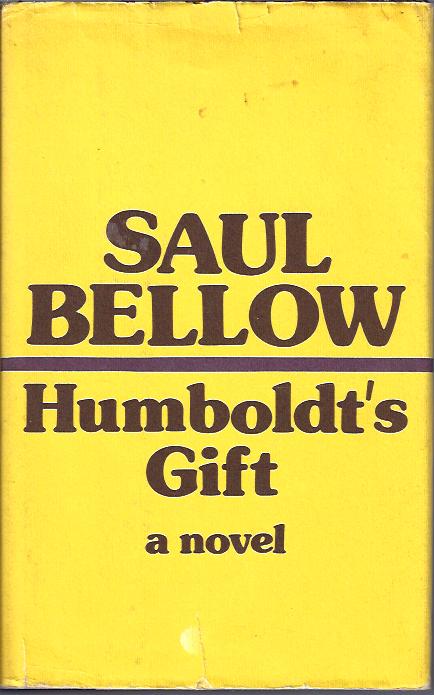 Yellow boards with a darker backstrip with black titles on spine. Book has light edge, corner and surface wear but is square and securely bound. Jacket has wear and aging along with some small tears. VG/G+; Large 8vo 9" - 10" tall; 487 pages View more info

Book has general light wear and aging with a bump on the top front corner. Jacket has similar light wear and aging but also a bit of loss at top of spine. This is the large format, illustrated edition of Benet's epic poem of the Civil War. ; B&W Drawings with Tinting; Large 8vo 9" - 10" tall; 368 pages View more info 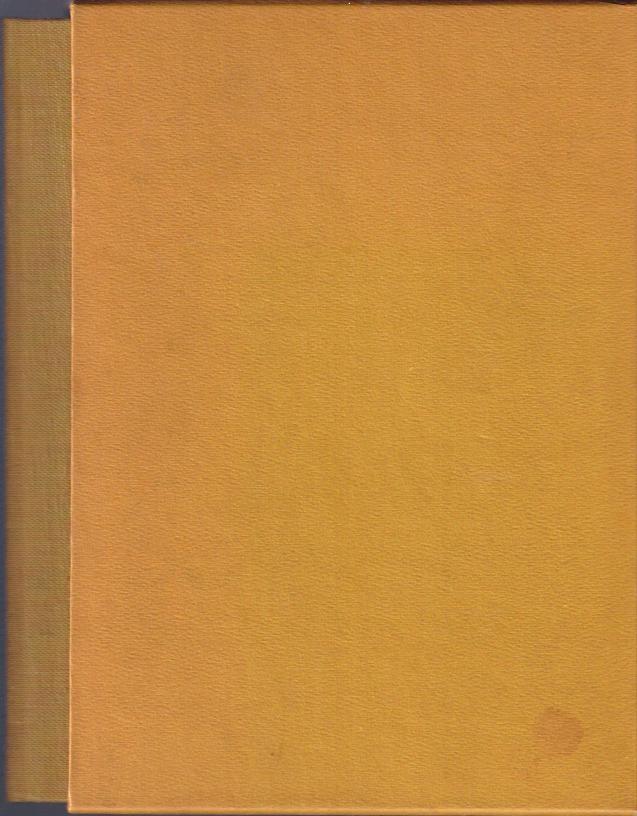 The Monk and the Hangman's Daughter 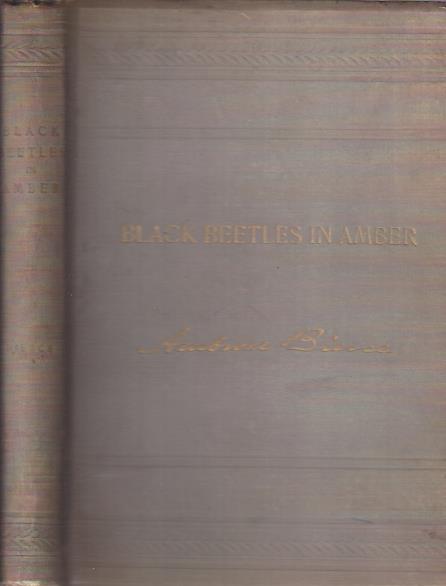 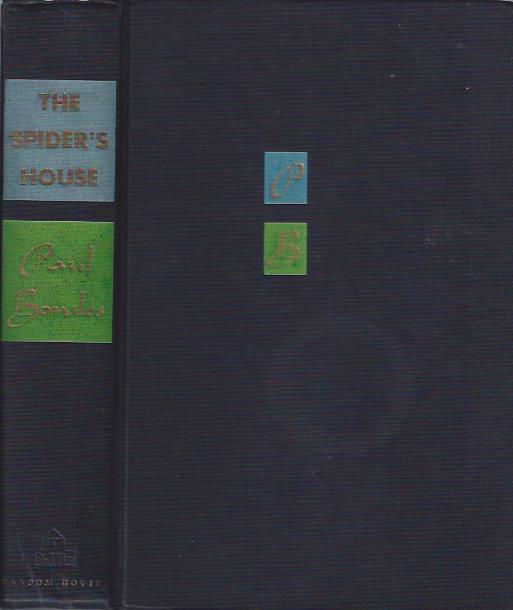 Some light edge, corner and surface wear with the ghost of a glass or bottle ring on the front. Slight aging but square and securely bound. Sentence on Morocco on the ffep. This is one of Bowles early novels. ; 8vo 8" - 9" tall; 406 pages View more info 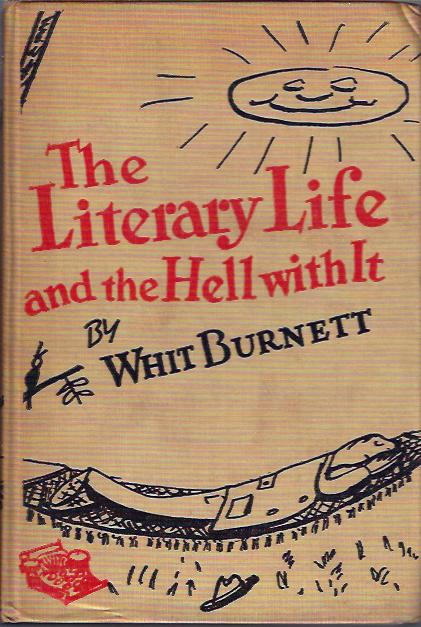 The Literary Life and the Hell with It

Beige pictorial covers with red and black titles. Some edge, corner and surface wear with some sunning on spine. Binding is square and secure. Brief note and signature, "Oliver" on half title. ; 8vo 8" - 9" tall; 276 pages; Lots of anecdotes about American writers of the first half of the twentieth century. View more info 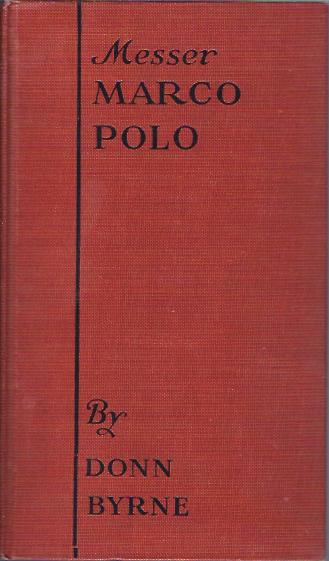 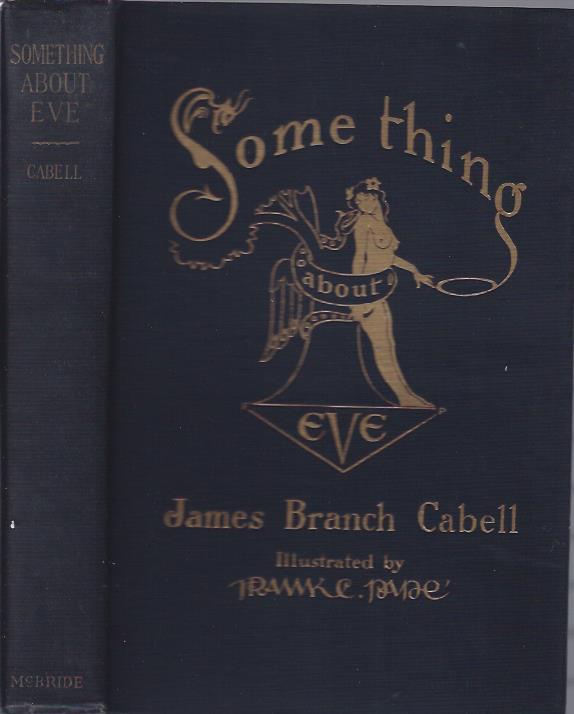 Something About Eve : A Comedy of Fig-leaves

Deep blue cloth with gilt title and illustration. Very light edge, corner and surface wear along with very minor aging and some light tearing along front hinge that does not affect the binding. Very attractive, almost near fine, copy. This is the stated First Impression of this illustrated edition of Cabell's comic novel. The First Edition of the book was 1927. ; B&W Illustrations; Small 4to 9" - 11" tall; 376 pages View more info 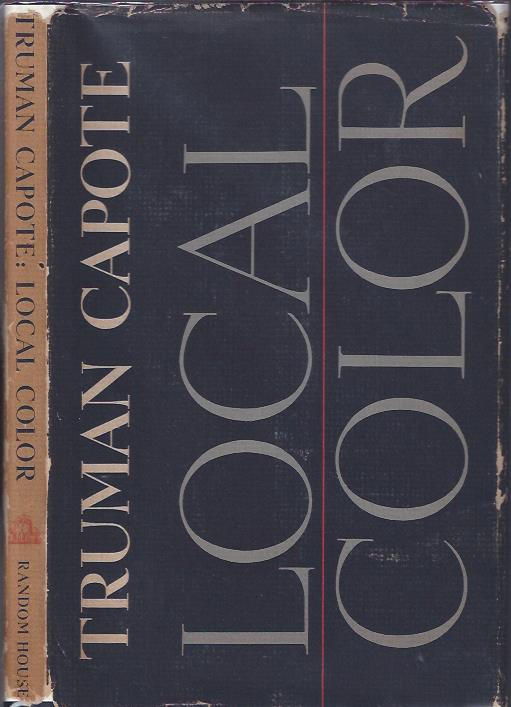 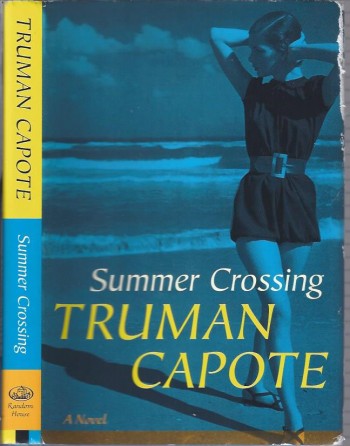 Book seems unread. It has light corner bumps. The jacket has some scuffs along the front flap fold and at corners. This novel was discovered in Capote's papers and published posthumously. ; 8vo 8" - 9" tall; 142 pages View more info 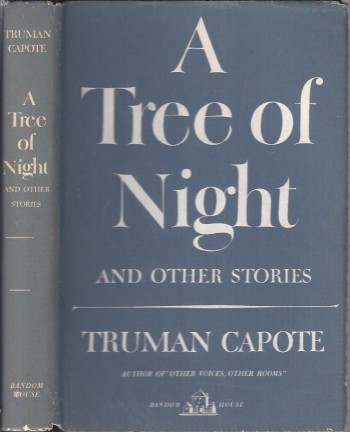 A Tree of Night and Other Stories

Book would be near fine except for some roughness along bottom edge front and back, possibly an old dampstain. The endpapers are very lightly affected but no other interior pages. There is also light residue from paper clips on the endpapers. The jacket has some light edge and corner wear along with light aging. This was Capote's first collection of short stories.; 8vo 8" - 9" tall; 209 pages View more info 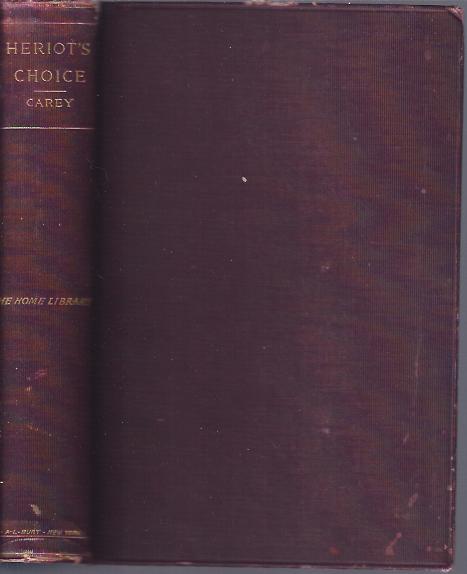 Maroon cloth with titles in gilt on spine. Some edge and corner wear along with light, general aging. Former owner's name on front pastedown, on first page of story and in back on rear endpaper. Book is square and binding is secure. ; B&W Illustrations; 12mo 7" - 7½" tall; 440 pages; From The Home Library. No date but former owner has written 1906 on front pastedown. View more info 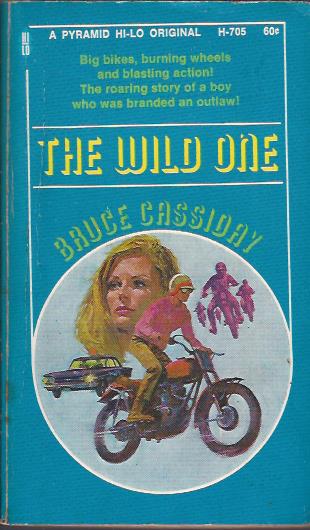 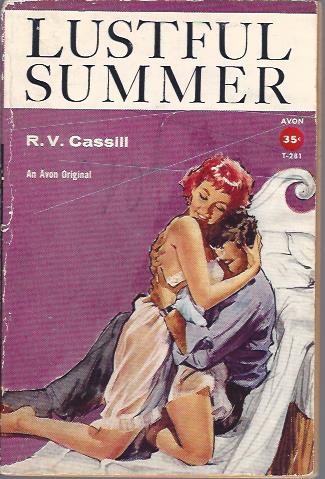 Crease near spine on front; first signature slightly pulled but not loose. There is light wear on the wraps. Book is square. ; 16mo 6" - 7" tall; 158 pages; From the title and the cover, one might think that this book is what is often termed "sleaze, " but it is not. R. V. Cassill was a respected writer and taught fiction writng with great success. This novel is an Avon original and is the first edition of this work. View more info 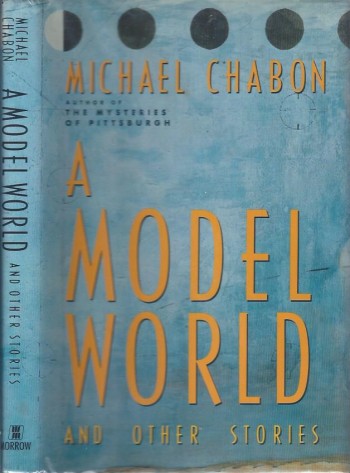 Book and jacket have only very light shelf wear. Both are about fine. Book is signed with inscription "To Kent" on title page. This collection of short stories was Chabon's second book. ; 8vo 8" - 9" tall; 207 pages; Signed by Author View more info 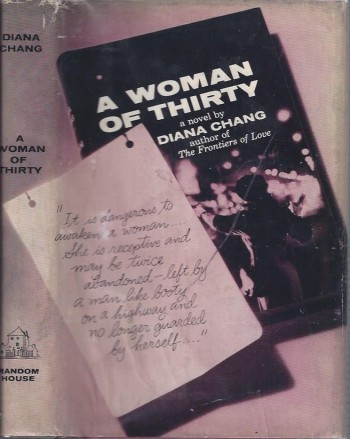 A Woman of Thirty

Book has only very light wear along with light aging, about NF. Dustjacket has some light, general wear along with age-toning around edges and some soiling. There is also a line or mark that runs disgonally across the center of the jacket; see scan. VG. Diana Chang is considered the first female, Chinese-American writer to publish in the US. This was Chang's second novel. It is signed, inscribed and dated by Chang on the ffep. The inscription is to well-known documentary film maker, Harrry Rasky, who had produced at least one TV show that had included Chang. Interest in Chang has increased wi... View more info 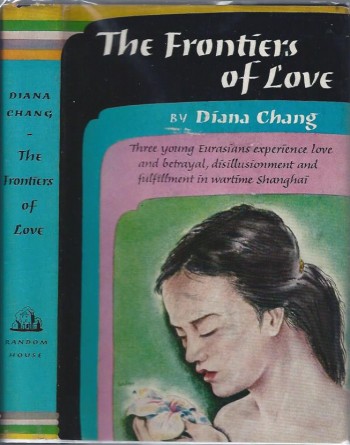 The Frontiers of Love

Book has only very light wear along with light aging, about NF. Dustjacket has some light, general wear with mild tattering at top of spine along with light aging. VG to VG+. A hand-typed review on two sheets of onion-skin paper is laid in. Diana Chang is considered the first female, Chinese-American writer to publish in the US. This was Chang's first novel. Interest in Chang has increased with the recent publication of a biography that includes an in depth and positive appraisal of her fiction. ; 8vo 8" - 9" tall; 246 pages; Signed by Author View more info 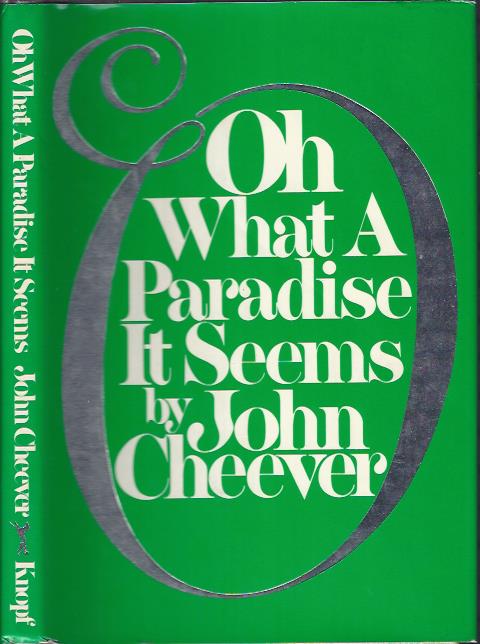 Oh, What a Paradise it Seems

Book would be near fine to fine except for small remainder marks on top and bottom foredges. Jacket has some minor edge wear. ; 8vo 8" - 9" tall; 100 pages; Cheever's fourth novel, quite brief. View more info 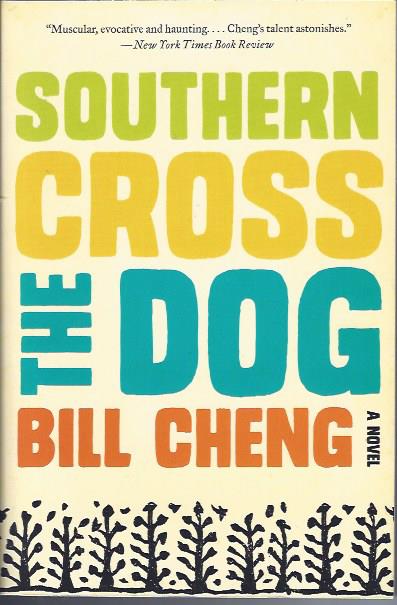 Book is as new and unread. Debut novel with language compared to Faulkner, O'Connor and McCartney. This is the Ecco first paperback edition. ; Small 8vo 7½" - 8" tall; 324 pages View more info