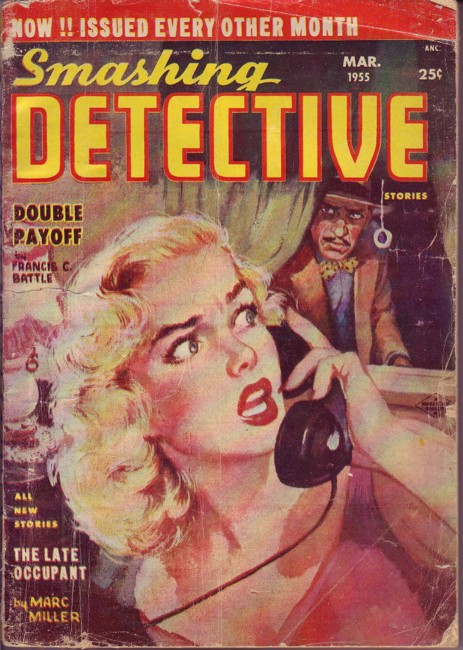 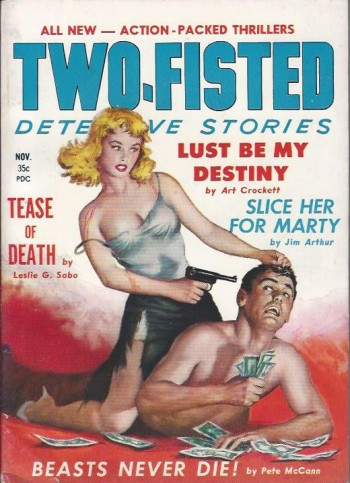 Condition: Very Good+ with No dust jacket as issued

Paper is toned, minor slit on spine but otherwise VG+. Lawrence is a prolific crime writer, best known for two long-running New York–set series about the recovering alcoholic P.I. Matthew Scudder and the gentleman burglar Bernie Rhodenbarr. He also has written under a variety of pen names. But before Scudder and Rodenbarr, who appeared in the late 1970's, Block has short stories such as this one published in a number of detective story magazine, most with beautiful women in danger on the covers. The 11 page Bride of Violence appeard in the November 1959 issue of Two-Fisted Detective Stor... View more info 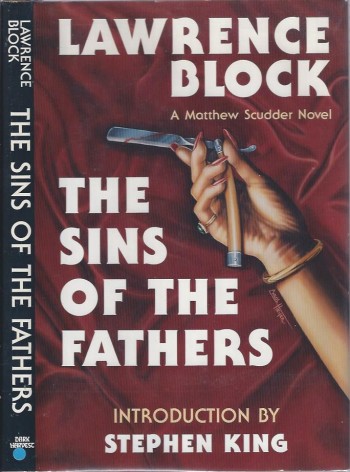 The Sins of the Fathers

Unread copy of this first hardcover edition of one of Lawrence Block's early Matthew Scudder novels, originally published only in a softcover edition. This copy has an Introduction by Stephen King and an Afterword by Block. Book is as new in an about fine dustjacket with a hint of wear. ; Dustjacket Art; Large 8vo 9" - 10" tall; 179 pages View more info 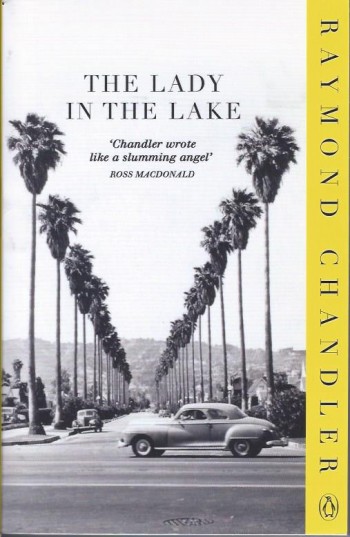 The Lady in the Lake

Book is as new and unread. This copy is from the uniform penguin issue of Raymond Chandler's novels.; Small 8vo 7½" - 8" tall; 284 pages View more info 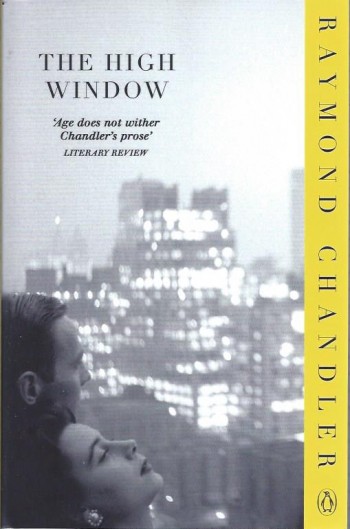 Book is as new and unread. This copy is from the uniform penguin issue of Raymond Chandler's novels.; Small 8vo 7½" - 8" tall; 272 pages View more info 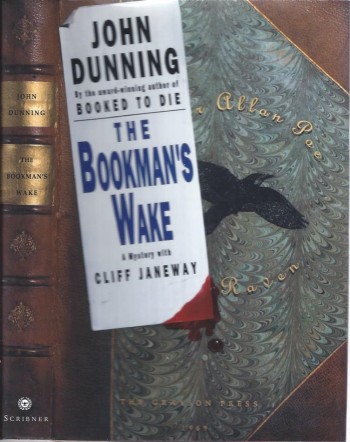 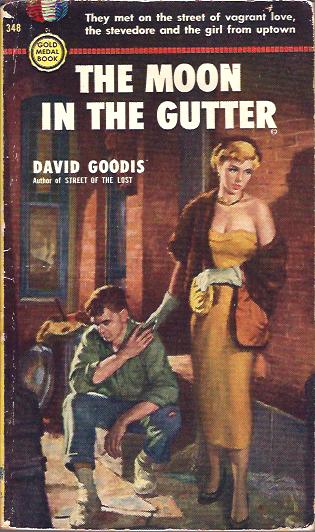 The Moon in the Gutter

Pictorial wraps with some edge, corner and surface wear, including rear, top left corner missing (see scan). The spine is neither cracked nor crease and the binding is tight. Some interior toning. , mainly on edges. ; 16mo 6" - 7" tall; 144 pages; The Moon in the Gutter is one of five novels by David Goodis recently published as one volume in the Library of America series. This novel was also made into a French Noir movie in 1983 starring Gerard Depardieu and Natassja Kinski. View more info 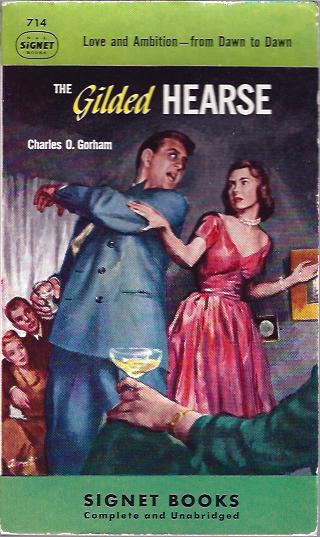 Light edge and corner wear. Slight bend along top edge, not a crease. This bend shows as a lighter color on scan; it could be flattened with a press or weights. Spine is not creased or cracked and book is square. ; 12mo 7" - 7½" tall; 158 pages; First softcover edition. View more info 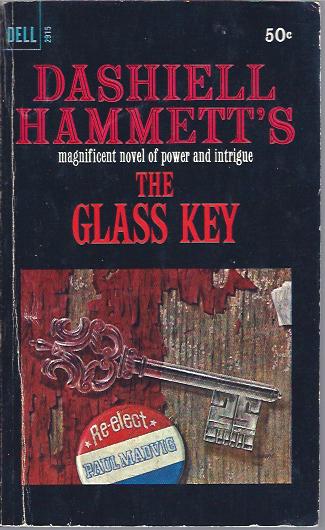 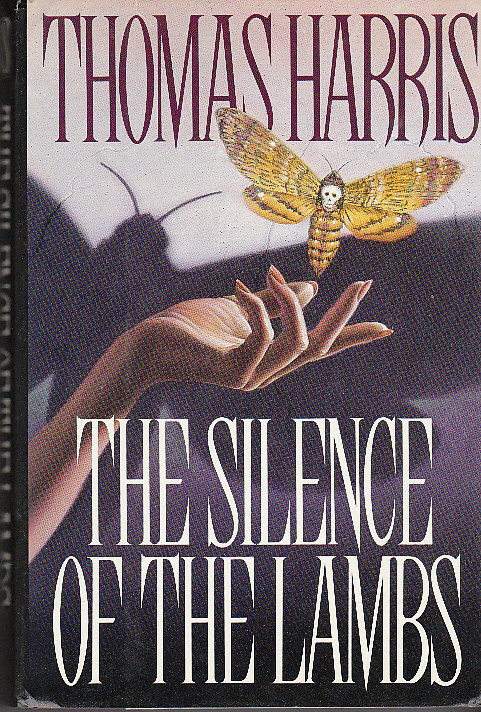 The Silence of the Lambs

Book and jacket have only light wear. ; 8vo 8" - 9" tall; 338 pages; Thomas Harris's finest novel, made into one of the greatest movie thrillers of all time. View more info 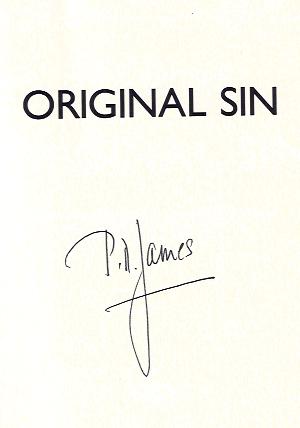 Book has been read so there is light wear to both book and jacket. Very slight bowing to front boards. Still an attractive copy with a nice signature. ; Large 8vo 9" - 10" tall; 416 pages; Signed, without inscription, by P. D. James on the title page. ; Signed by Author View more info 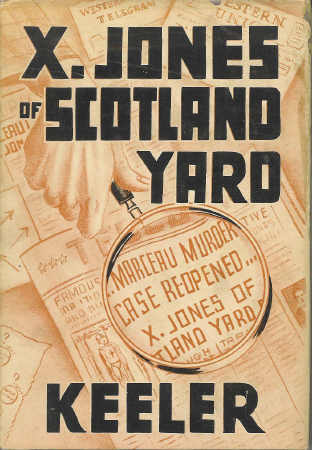 The book has only light wear and aging. There is some toning on the endpapers. Book is square and securely bound. The dustjacket has wear and some chips along the top edge. There is a two inch slit on the top fold of the front flap. Jacket is G to G+. ; Drawings; 8vo 8" - 9" tall; 448 pages; This is one of Keeler's entertaining, and unusual detective novels. It is written as a series of case files with the intircate plot structure emerging only as the book progresses. View more info 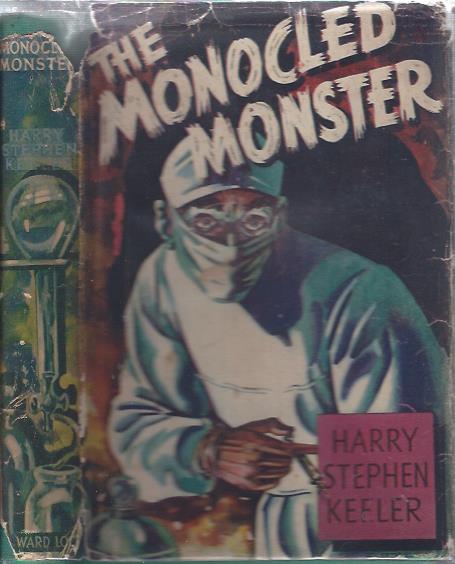 Book is square and securely bound. It has light, general wear along with some interior aging/toning. Jacket has some edge and corner wear, including creasing and small tears. There is some loss at spine ends. Jacket still presents nicely. In Mylar. Another of Keeler's weird but entertaining mysteries. This is the First British Edition. I think the American edition was also by Ward, Lock and that the two publications were issued at the same time. I do not usually offer mysteries, but I have become something of a fan of Harry Stephen Keeler. ; 12mo 7" - 7½" tall; 239 pages View more info 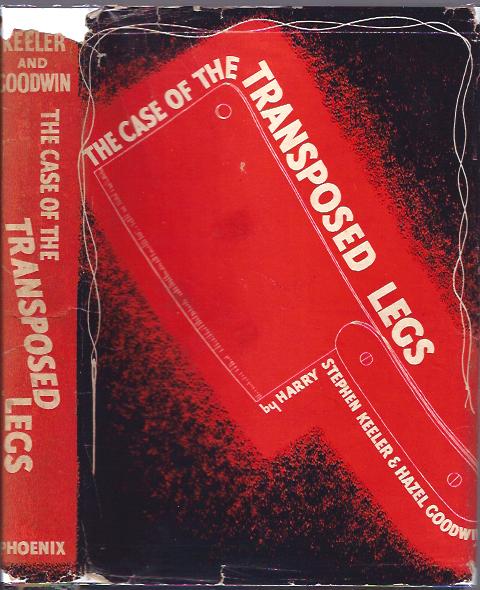 The Case of the Transposed Legs

Black cloth over boards with silver titles on spine. Very light wear with some light aging or soiling. Book is square and securely bound. VG to VG-. Jacket has some edge, corner and surface wear with slight loss at top of spine and minor loss on corners. Still an attractive jacket. G+. ; Thick Small 8vo 7½" - 8" tall; 255 pages; Hazel Goodwin was Keeler's wife who was a fairly well-known writer herself. This novel is one of several collaborations between the two. View more info 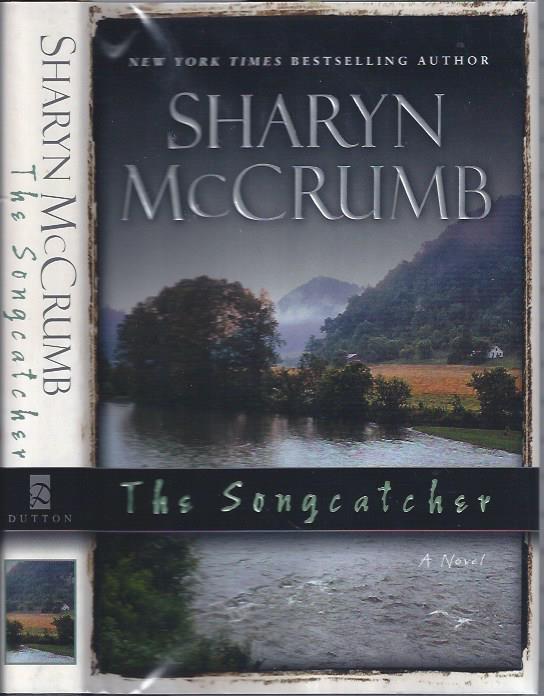 Book appears to be as new and unread. Signed, without inscription, by McCrumb on title page. This book is a somewhat different McCrumb novel that deals with Appalachian music but with mystery.; Large 8vo 9" - 10" tall; 321 pages View more info 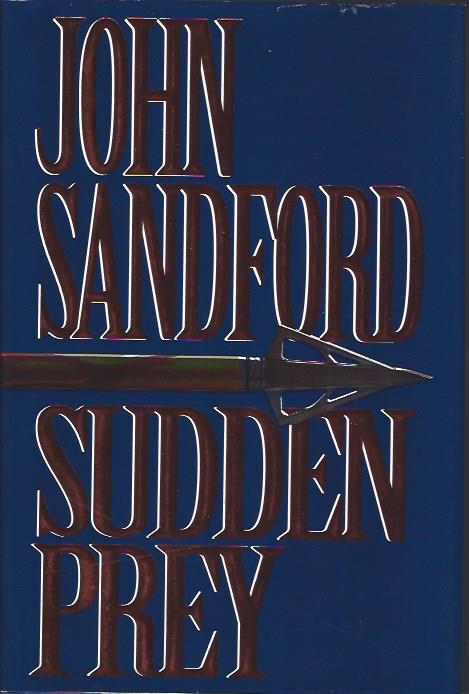 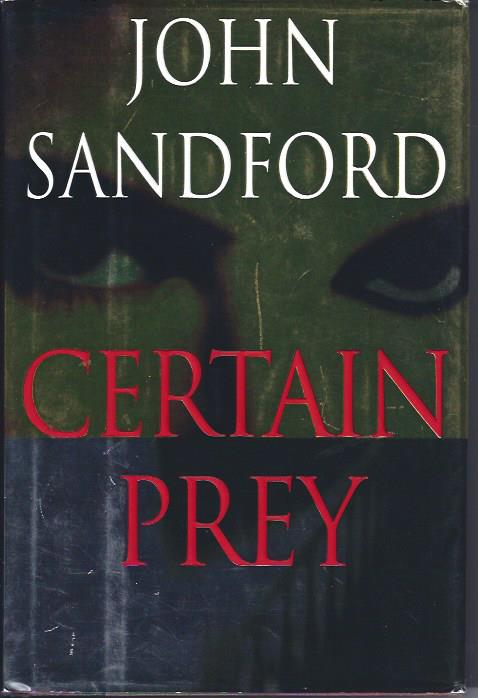 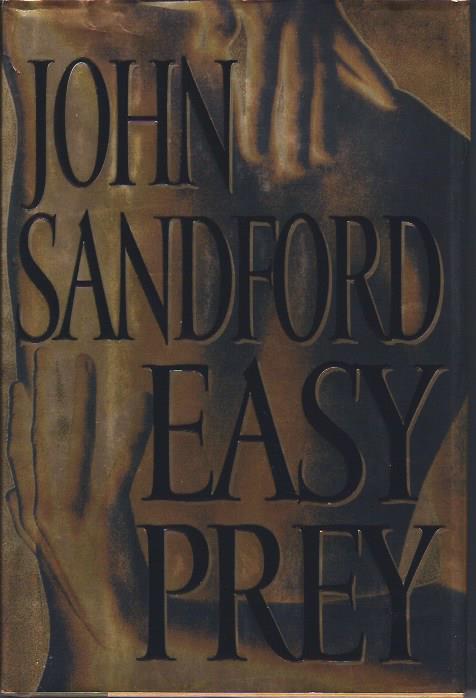 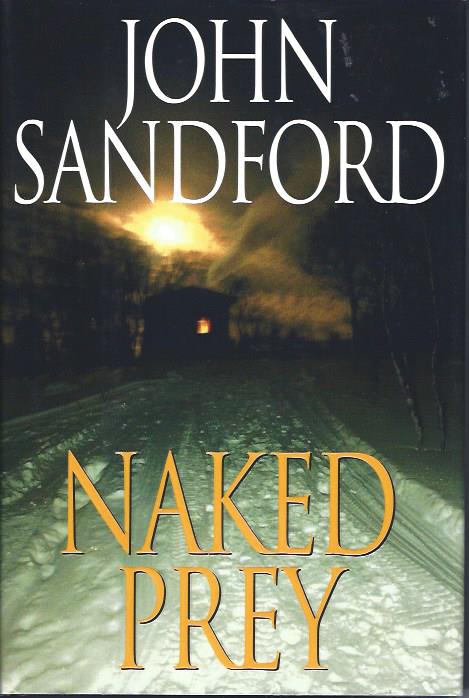 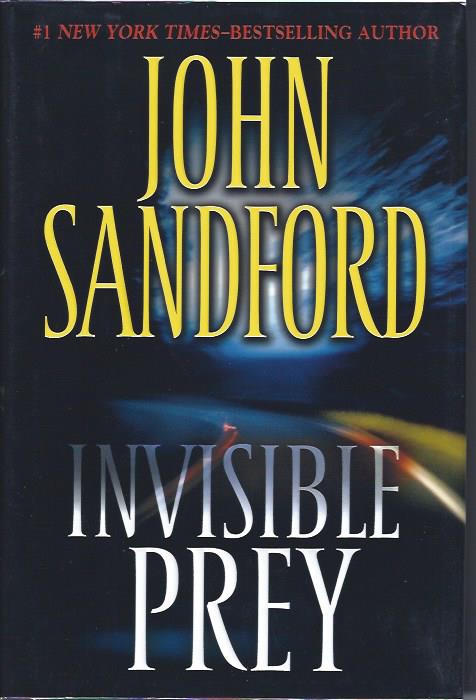 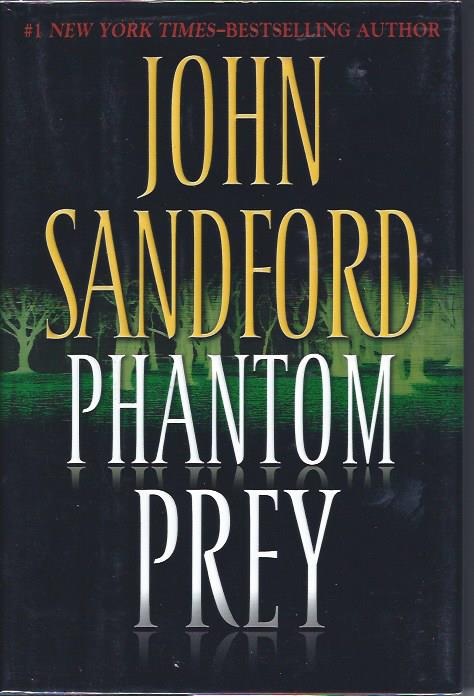 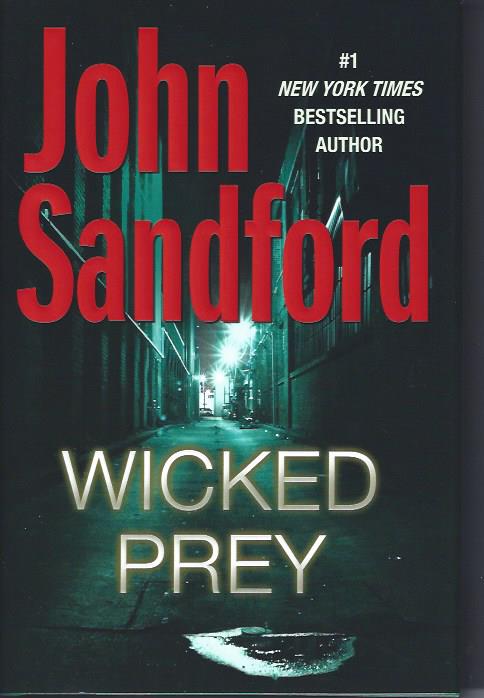 We are listing a group of John Sandford mystery novels, all signed first editions. The books apear to be unread, mostly near fine. The dust jackets are VG+ to NF. Any defects are noted in the specific listing. Included are these Lucas Davenport novels: Sudden Prey, 1996; Certain Prey, 1999; Easy Prey, 2000; , Naked Prey, 2003; ; Invisible Prey, 2007; Phantom Prey 2008; and Wicked Prey 2009. Wicked Prey is signed by Sandford on the title page. There is a small stain on the top fore edge. ; Large 8vo 9" - 10" tall; 402 pages; Signed by Author View more info 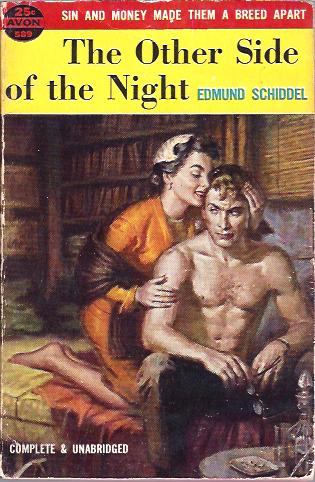 The Other Side of the Night

Some edge and corner wear. A few stray marks in ink on back along with creasing near bottomleft corner. Spine is not creased or cracked. ; 16mo 6" - 7" tall; 190 pages; Paperback original. View more info