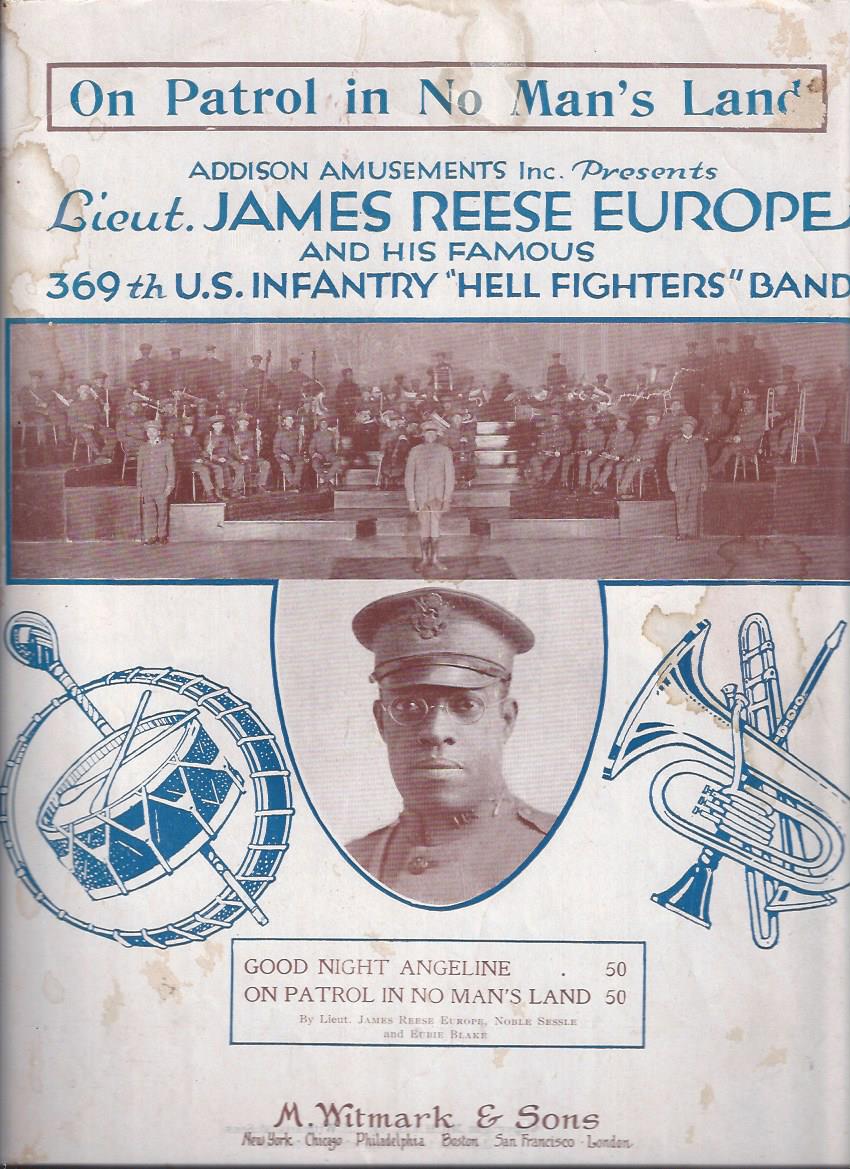 "On Patrol in No Man's Land" is by three of the eary 20th century's most important composer/performers, James Reese Europe, Noble Sissile and Eubie Blake. This music, composed while the three were members of the all African-American 369th U. S. Infantry, Harlem Hell Fighters Band, was most often used as the finale of a show complete with lights and sound effects simulating battle. Even after Europe's untimely death, Sissile and Blake continued to perform this music with Blake using the piano to create the effects. This music is quite uncommon. WorldCat locates only three copies -- one in the l... View more info