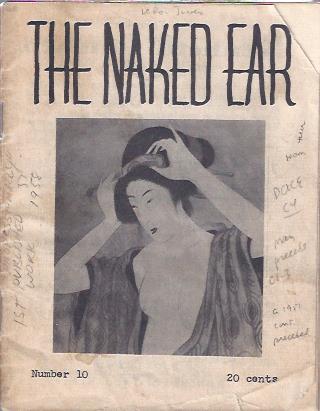 Stapled, pictorial wraps. I think this issue dates from 1957, though it is not dated. Notes in pencil on margins of front by former owner. Small smudges, chips, and corner creases to wraps, with light toning throughout. Signed by Amiri Baraka (LeRoi Jones) on title page in 1985; he dated the signature. This issue includes "Preface to a Twenty-Volume Suicide Note" by LeRoi Jones. This was one of Baraka's earliest journal publications, as recounted in his autobiography: "[T]he publication was encouraging, even though who the hell read 'The Naked Ear' which was only half the size of a... View more info