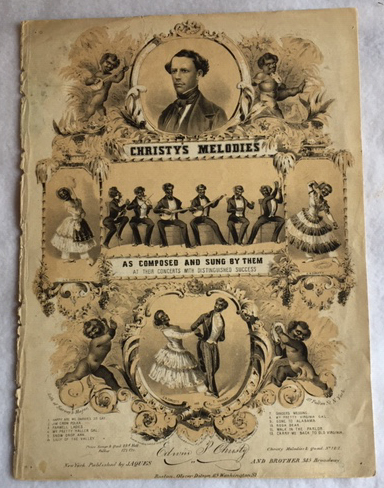 Having performed as a minstrel in various shows for a number of years, Edwin Pearce Christy formed his own group the Christy Minstrels in 1845. Among his performers were his sons, E. Byron and William, his stepson George Harrington -- also known as George N. Christy -- and Thomas Vaughn.They became famous, particularly for performing the songs of Stephen Foster and probably were responsible for the initial success of Foster and his music. The Jim Crow Polka, not by Foster, was one of the Christy Minstrel's popular numbers. It was often danced to by George N. Christy and Thomas Vaughn. George C... View more info