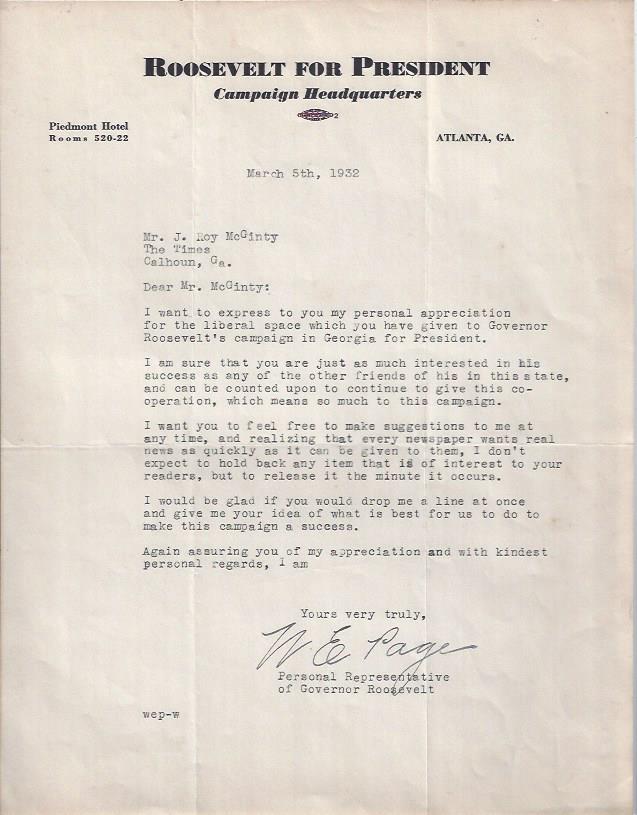 These are two typed letters, both in excellent condition except for normal aging. Both were sent to prominent Georgia newspaper editor, J. Roy McGinty, by Franklin Roosevelt campaign organizations -- the 1932 letter is from the Roosevelt for President, Campaign Headquarters in Atlanta, while the 1936 letter is from the Georgia Roosevelt Club. The 1932 letter is one of appreciation to Mr. McGinty for his efforts for Roosevelt during the Presidential Campaign. It is signed by W. E. Page, Personal Representative for Governor Roosevelt. The 1936 letter informs Mr. McGinty of the appointment of Mar...
View More...