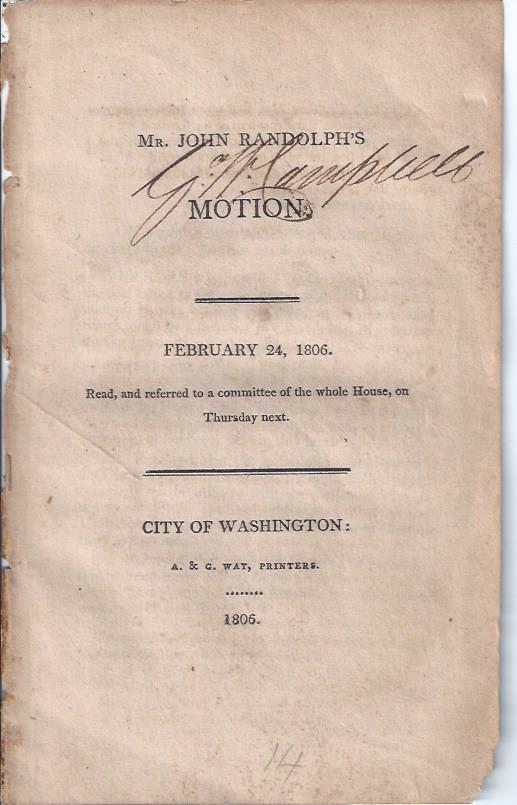 This is a disbound pamphlet entitled Mr. John Randolph's Motion. It is dated February 24, 1806. It is signed under Randolph's printed name by G. W. Campbell, a well-known early Tennessee politician. The pamphlet has some wear along the edges and is almost split in two on the fold. It is also toned. The autograph is bold and in NF condition. George Washington Campbell served in the US House of Representatives from 1805-1809, was a judge on the Tennessee Supreme Court from 1809-1811, served in the US Senate from 1811-1818 -- a term briefly interrupted by his appointment as Secretary of the Treas... View more info