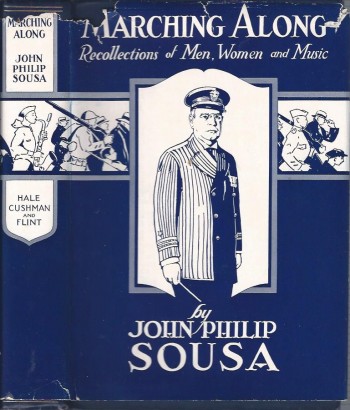 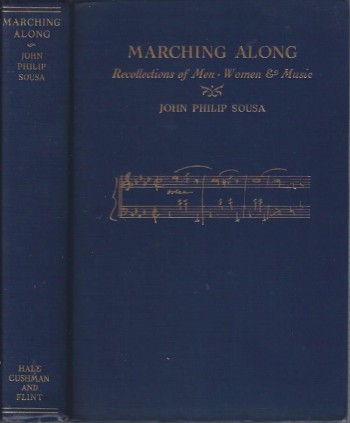 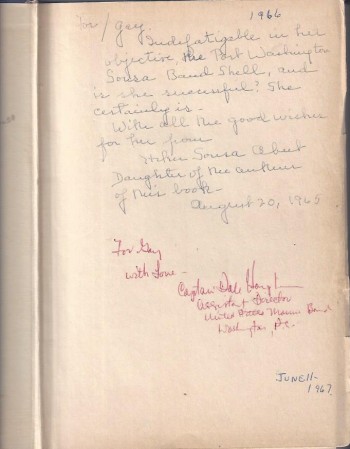 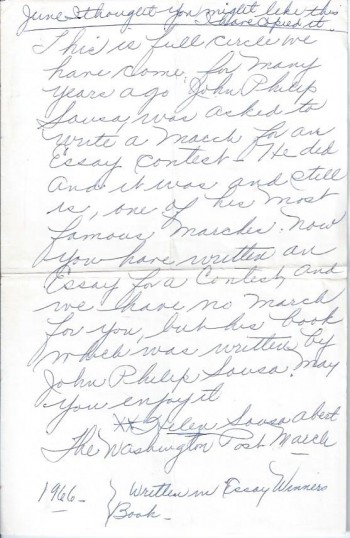 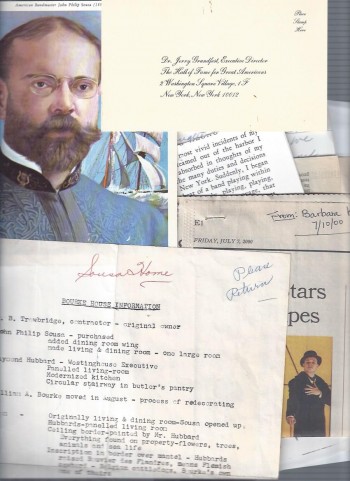 Marching Along; Recollections of Men, Women and Music

This book has only very light, general wear along with some light aging. The dustwrapper has some tears and chipping on edges and extremities. However, this copy was a prize in some sort of Sousa Essay Contest. Special endpapers seem to have been tipped in, front and back. In the front is a note to the winner signed by Helen Sousa Abert, Sousa's daughter, and another signed by Captain Dale Houghton, Assistant Director of the US Marine Band. The first note is dated 1965 and the second, 1967. On the half title page, a color image of Sousa has been taped in under the title. On the rear tipped in endpaper is newspaer article about Sousa's election to the Hall of Fame of Great Americans. Finally, a number of clippings, cards, and other memorabilia related to Sousa is laid in. This extra material comes with a book which is of some importance. Sousa is not only The Marh King. The March tradition associated with himbecame a precusor of both jazz and blues as the two forms devloped. Marching in New Orleans is directly related to the military march tradition. Jame Reese Europe led a military march band that was noted for improvisation. In the upper South the pipes and drums were joined with African rhythms and military marches to form a tradition that still persists. This is a very nice copy of an important book with much interesting added material. ; B&W Illustrations; Large 8vo 9" - 10" tall; 384 pages; Signed by Associated

Title: Marching Along; Recollections of Men, Women and Music

Marching Along; Recollections of Men, Women and Music