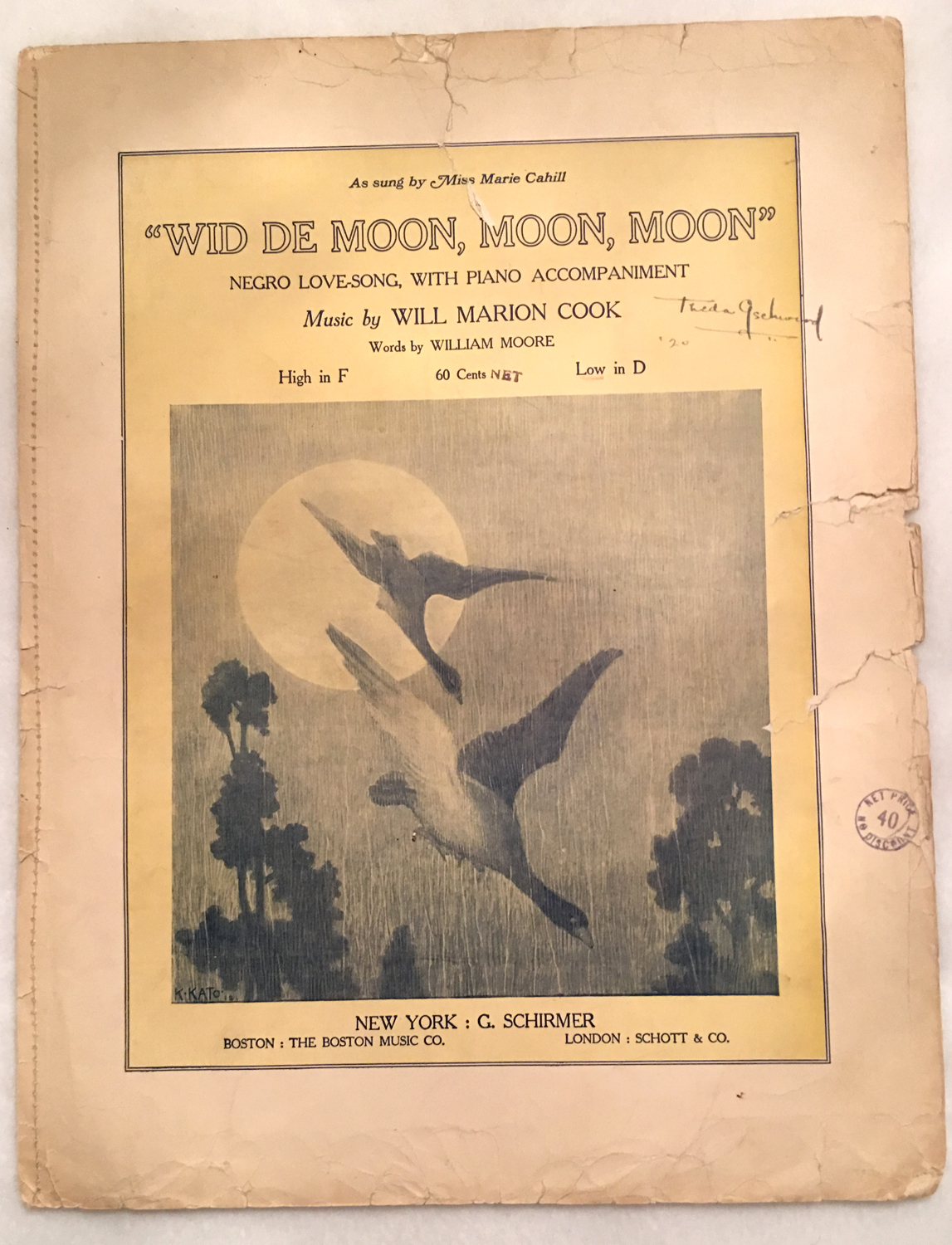 By: Cook, Will Marion and William Moore

Saddle-stitched, pictorial wraps with pale yellow and black tinted image of geese flying with the moon in the background has much edge wears and several tears, a number of which have tape mends. There is a former owner's name (Theda Gschwind) on the front, upper right. Some chipping and tearing on back edge as well as writing in pencil on back. Overall, this copy is in G- condition -- still presentable but with somewhat fragile edges. Will Marion Cook (b. 1869) began as a classical violinist and actually soloed with an orchestra at Carnegie Hall. Racial prejudice forced him to turn to popular music, and he became successful at writing and sometimes producing Broadway musicals with black casts. He helped start the careers of Bert Williams, Eubie Blake and a number of others. Wid De Moon, Moon, Moon is one of Cook's dialect songs, reflecting both musical sophistication and stereotypical lyrics. Like Bert Williams and other early African-American performers, Cook was forced to do what the white audience expected. Rhiannon Giddens of the Carolina Chocolate Drops has sung "Wid De Moon, Moon, Moon" in some of her solo concerts of early black music. WorldCat locates fewer only 8 copies of five editions of this work, with only 2 or 3 of this the first printing. ; 4to 11" - 13" tall; 5 pages