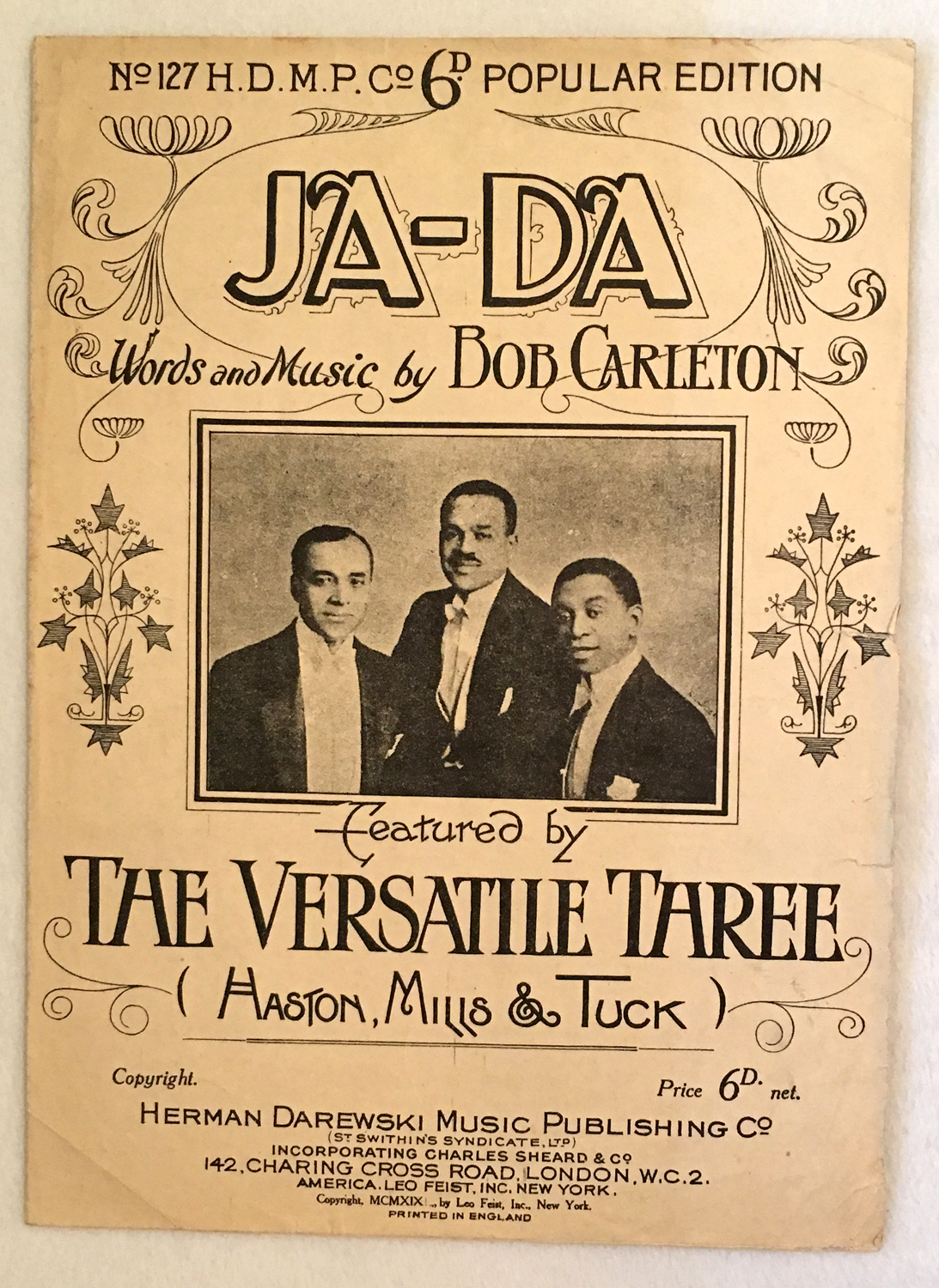 Beige wraps with black titles and B&W photograph of The Versatile Three. This copy has wear on edges, corners and surfaces including short closed tears, corner creases and some, general aging. Overall, it is in the G to VG range and still quite presentable. Ja-Da, written the year before this music was published in England, was a throwaway melody that became a hit and eventually a jazz standard. Of more interest are the singers, The Versatile Three. This American trio was quite popular in England and had some success in the US. Gus Haston, a banjo player, had originally formed The Versatile Three as a string band in 1914 with Anthony Tuck and Charles Wenzel Millas. Charles Wesley Johnson soon joined to make them The Versatile Four. Johnson soon returned to America and the group again became The Versatile Three. They played England , Australia and continental Europe for many years. A newspaper article from the 1920's says that the Prince of Wales occasionally sat in with them on the drums. The group played mainly played a kind of ragtime on string instruments that did not keep up with the jazz that was developing in America. Eventually, the group disbanded. The photograph on the front is one of several from a photography session in England. Though the label suggests that the identities are Haston, Mills and York, Haston is actually the man in the center and Mills is on the left. Thia group is mentioned several times in Tim Brooks' Lost Sounds and a CD of all their recordings is available. Like many of the mostly forgotten African-American musicians of the late 19th and early 20th century, The Versatile Three could not break into the American music scene because of racial issues. They chose to play in Europe instead. This sheet music is a nice artefact of their existence. ; B&W Photograph; 4to 11" - 13" tall; 4 pages