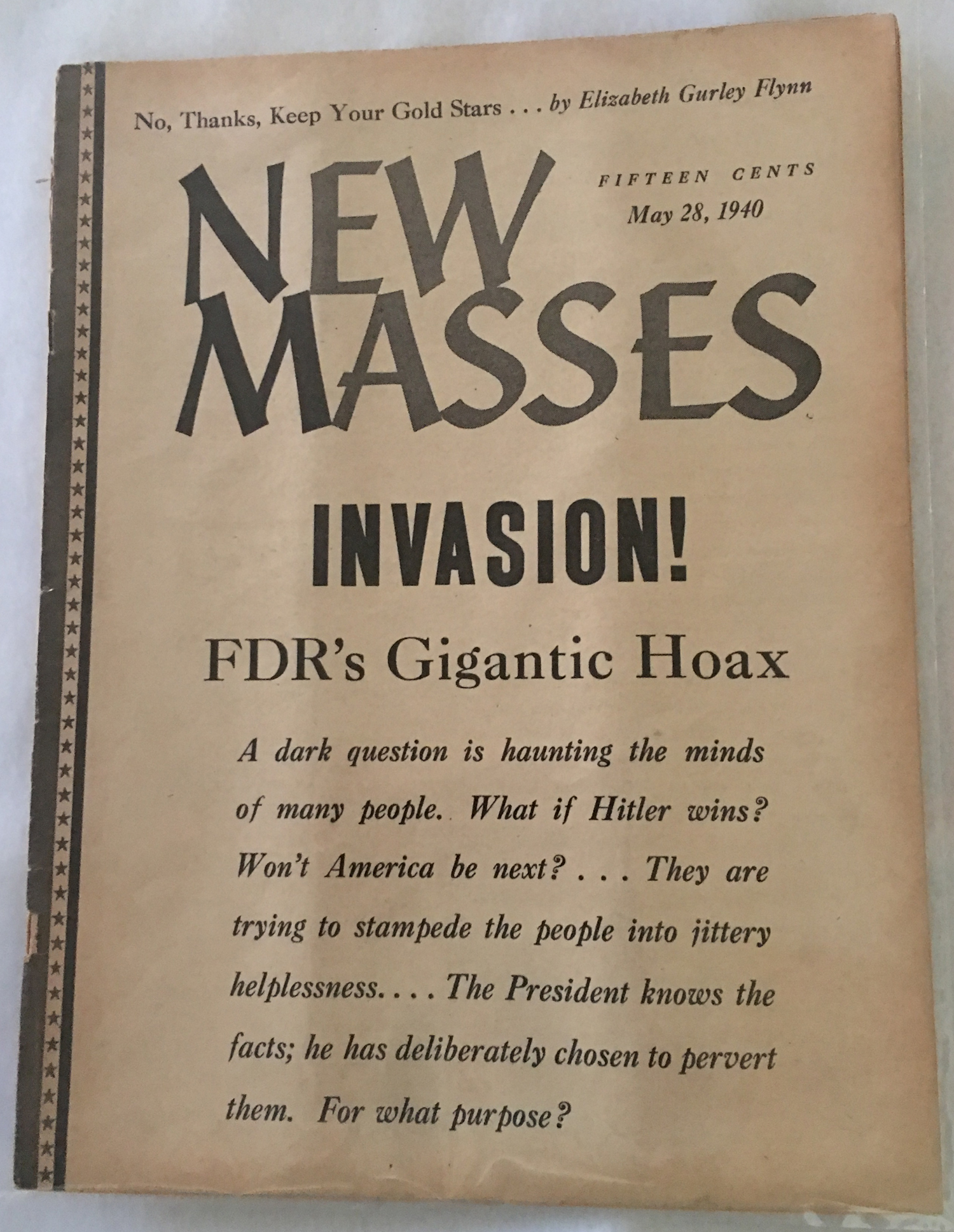 By: Magill, A. B. and Ruth McKenney and Joseph North (eds.)

Stapled newsprint with some light edge and corner wear. The covers are still attached, but there are some slits on spine from top to first staple. Paper is toned especially along edges but no more than would be expected from newsprint. New Masses (1926–1948) was one of the succesors to the original Masses (1912-1917). New Masses was associated with the Communist Party in the US, but at its inception was more a magazine of liberal and left wing ideology with writers as diverse as Hemingway, William Carlos Williams, John Dos Passos, Langston Hughes amd many more. It later became a more rigid, Marxist-oriented publication. This issue features articles by Ralph Ellison, Herbert Aptheker, Alvah Bessie and a number of others. The lead editorial, which begins on the front wrap, is entitled "Invasion! FDR's Gigantic Hoax" which downplays the need for increased miltary buildup for fighting Germany. By this time New Masses' sympathy was mainly with the Soviet Union.; Vol. XXXV No. 10; B&W Illustrations; 4to 11" - 13" tall; 32 pages

Author Name: Magill, A. B. and Ruth McKenney and Joseph North (eds.)