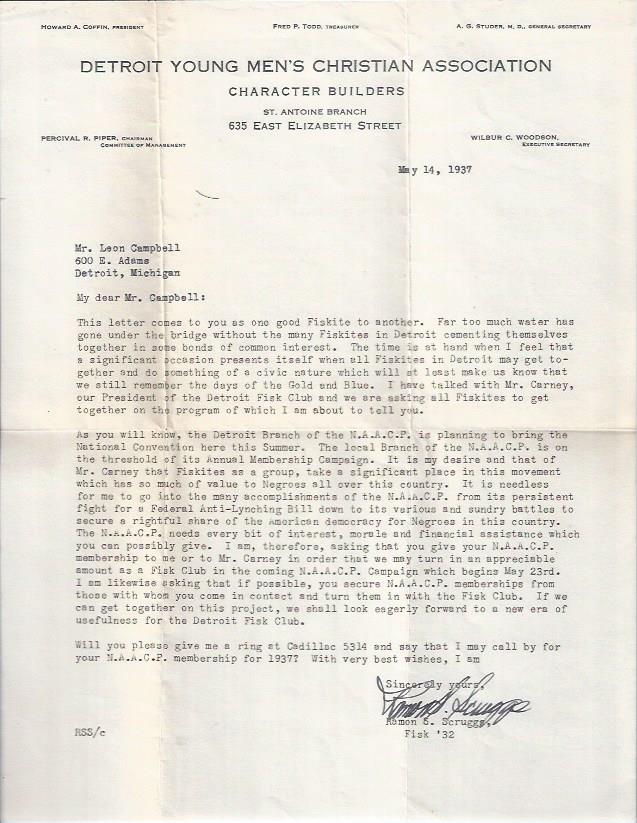 Letter has very light aging and mailing folds. About near fine. Ramon S. Scruggs was the first African-American in Detroit to rise to the upper levels of business management, working in the upper echelons at both Michigan Bell and AT&T. He became nationally known and worked diligently for Civil Rights into the 1970's. Before joining Michigan Bell, Scruggs worked for the Detroit Urban League and for the Detroit YMCA. This letter reflects his interest in Civil Rights as he seeks funds from fellow Fisk University graduates for the NAACP National Convention that was to be held in Detroit in 1937. As the tenor of this letter suggests, Scruggs was often successful. Many significant associations in this letter. ; Small 4to 9" - 11" tall; 1 pages; Signed by Author