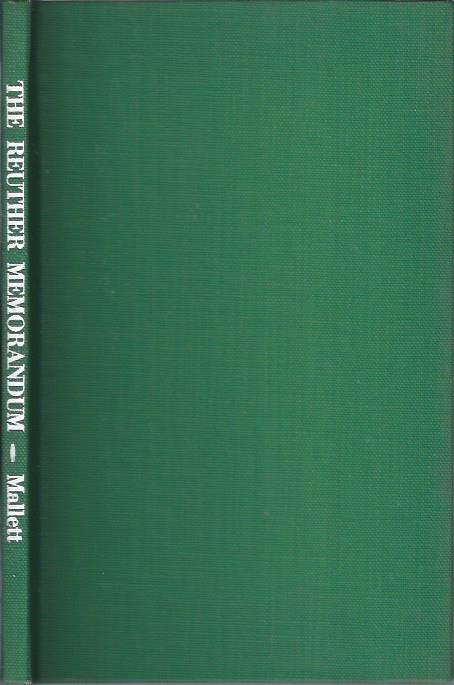 Green, hardcover, library-style binding with white titles on spine of this 1963 pamphlet. The binding is about near fine with little evidence of wear while the pamphlet shows only light aging. Overall VG+ to NF. (I assume that the hardcover binding was done by a former owner.) This pamphlet was published as a right wing expose' of a memorandum from United Auto Workers President, Walther Reuther, to then Attorney General, Robert Kennedy. The memorandum concerned the proliferation ow far right organizations and led to the Ideological Organizations Audit Project which investigated the campaign contributions and tax-exempt status of these groups. The discovery and publication of this document caused much pushback from the far right. This publication presents the text of the Memorandum and a critical analysis of it. ; Large 8vo 9" - 10" tall

Title: The Reuther Memorandum: Its Applications and Implications