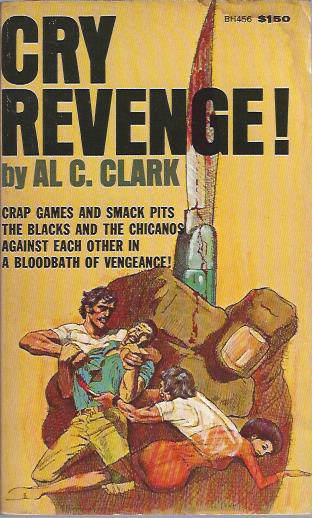 Pictorial wraps show light corner and edge wear. Spine is not cracked and book appears unread. Book is square and binding is secure. Unusually attractive condition for a Goines title. This book was originally published under Goines pseudonym, Al C. Clark, but when Goines was murdered, Holloway House reissued all of his books with new covers that mentioned his death. They also put Goines name as the author on the cover, though Al C. Clark is still on the title page -- indicating this is the original book with a new cover. Anyway, early printings of Goines' work in this condition are hard to find. They were read to death. ; 16mo 6" - 7" tall; 214 pages