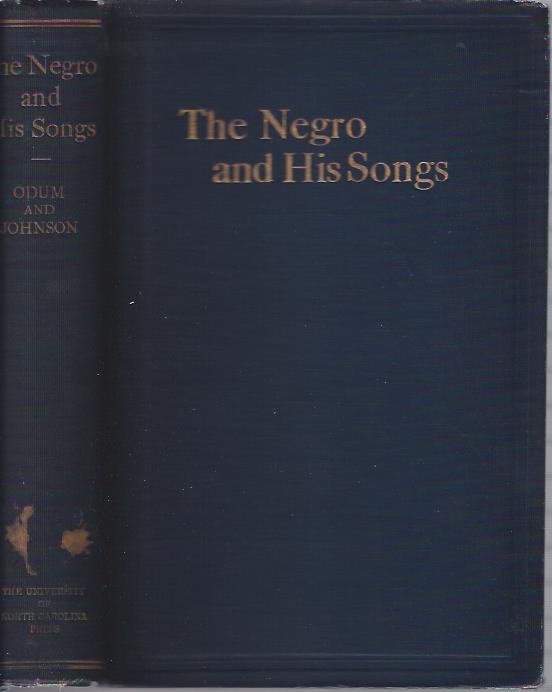 By: Odum, Howard W. and Guy B. Johnson

Deep blue cloth with gilt titles. Corners are rubbed and there is some light edge wear. The book seems to have been owned originally by the Race Relations Commission of the Federal Council of Churches. There is some residue near the base of the spine that may indicate that call numbers once were attached. From this first owner, the book went to Izzy Young's Folklore Center in New York. Young was an important figure in the folk song revival in the 1960's. The stamps of both the Race Relations Commission and the Folklore Center are on the front pastedown and the ffep. The front hinge has a small tear, possibly reglued, that does not affect the binding. All of this may add to the value of the book for some and detract for others. (I personally like the associations.) Odum wrote three early works that concentrated on African American music. This book was the second, preceded by Folk-Beliefs of the Southern Negro and followed by Negro Workaday Songs. These books are seminal works for an understanding of the blues and other African-American music since Odum's field studies began around 1910 before most of the famous blues singers were recorded. Odum did some of the earliest field recordings in the South using equipment acquired from Edison. This is a very important work on African American and American music that is often overlooked. The book includes many lyrics. ; 8vo 8" - 9" tall; 306 pages

Title: The Negro and His Songs A Study of Typical Negro Songs in the South