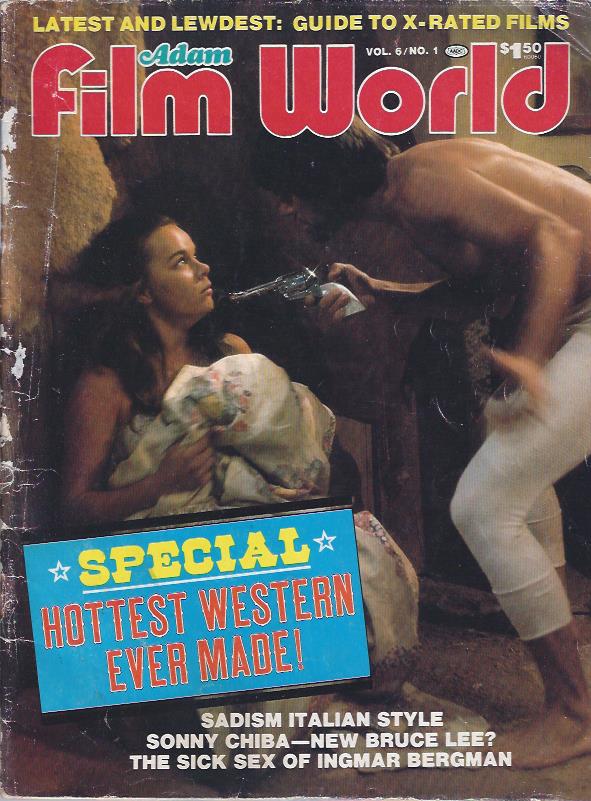 Saddle stapled magazine. Cover has some scuffs along spine edge. Light, general wear and aging. Adam Film World presented itself as a review of porn movies, though the photos were the main attractions. It is attributed to Knight which was a subsidiary of Holloway House or vice versa. Holloway House was at this time discovering the black urban market and was torn between sex magazines and the urban black market that they were developing around Iceberg Slim, Donald Goines, Joseph Nazel, Robert DeCoy and others. Reviews in this issue include reviews of Showdown, Story of Joanna, The Private Afternoons of Pamela Mann and a number of others.. ; Volume 6, No. 1; Color and B&W Photographs; Square 4to 9" - 11" tall; 94 pages