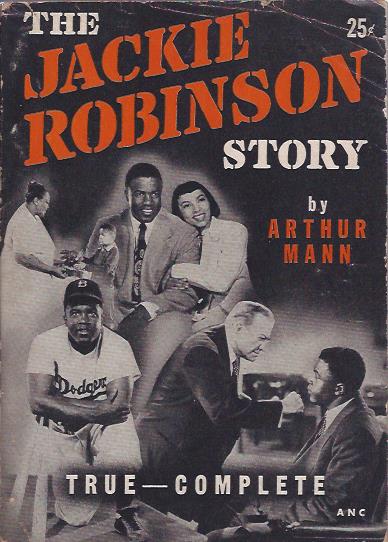 Digest-sized paperback book with pictorial wraps. Book is close to near fine except for mild aging and some old, flattened creasing on the front top right corner. Spine is neither cracked nor creased. Solid copy of a relatively fragile paperback. Sportswriter and Branch Rickey-confidant Mann's account of Robinson's transition from the Negro Leagues to become the first modern African-American to play in the major leagues. Mann also wrote the screenplay for the 1950 film, The Jackie Robinso Story, which starred Robinson and Ruby Dee. Mann and this book are a part, albeit a minor one, of the history of Jackie Robinson. OCLC notes fewer than two dozen copies of this edition in libraries. ; B&W Cover Photos; 12mo 7" - 7½" tall; 120 pages