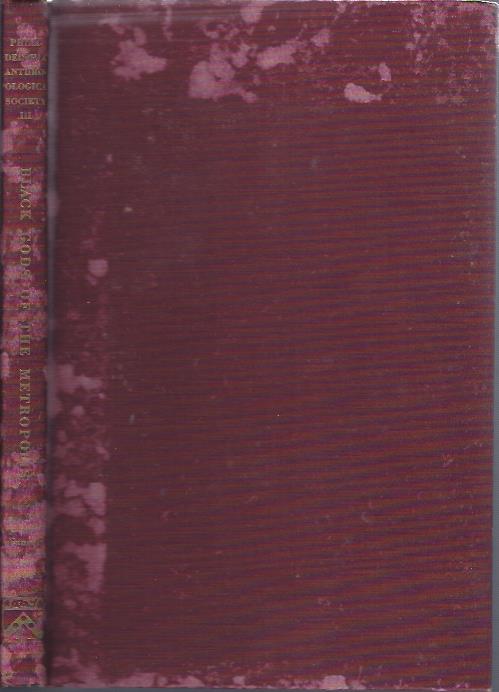 Black Gods of the Metropolis : Negro Religious Cults of the Urban North

Deep red covers with gilt titles on spine. There is mottling on covers and spine (see scan) most likely from some sort of insect damage. Otherwise the book is VG with only light, general wear and aging. Former owner's bookplate on ffep. Fauset was a scholar, writer and black activist. He was a figure of the Harlem Renaissance, though overshadowed by his sister, Jessie Redmon Fauset. This very intersting book deals with minor religious groups among African-Americans in large cities. This is a stated 2nd printing and may have occured because of the involvement of the Philadelphia anthropological Society. ; Brinton Memorial Series Volume III; B&W Illustrations; Large 8vo 9" - 10" tall; 126 pages

Title: Black Gods of the Metropolis : Negro Religious Cults of the Urban North

Black Gods of the Metropolis : Negro Religious Cults of the Urban North