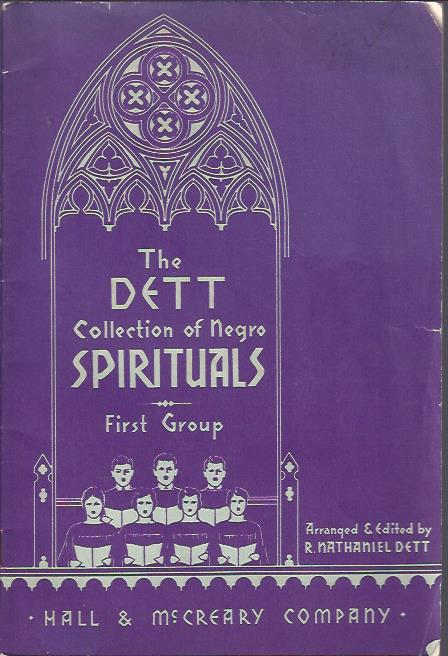 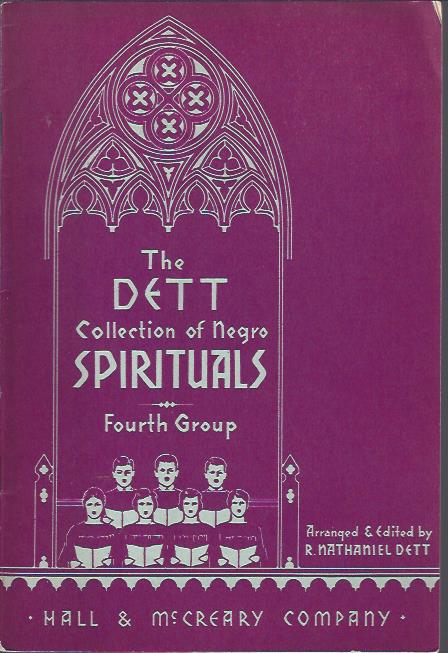 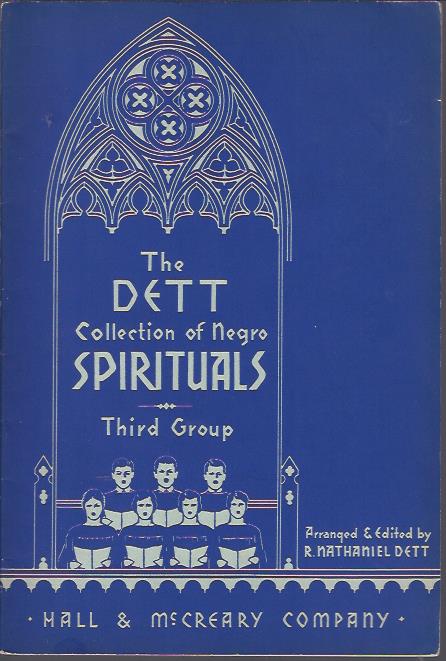 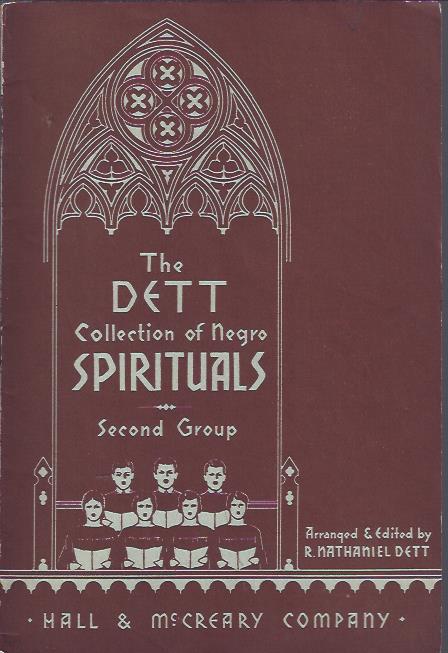 Stapled wraps in different colors with white titles. Please examine scans. Each volume has some edge and corner wear, but each is also square with a secure binding. Overall the four volumes are VG- to VG. ; 8vo 8" - 9" tall; 32, 32, 32, 32 pages; Nathaniel Dett was born in Ontario, Canada (near Niagra Falls) in 1882. His family moved into New York in 1893. Dett was a child prodigy and grew up to become a composer, performer and writer. A music festival in Canada is named for him. He went to the Oberlin Conservatory of Music and became interested in combining African-American spirituals with European Romantic/Classical music. He eventually became the first African-American director of Music at the Hampton Institute. He published over 100 compositions and wrote several books. This set of spirituals is one of his more famous works.