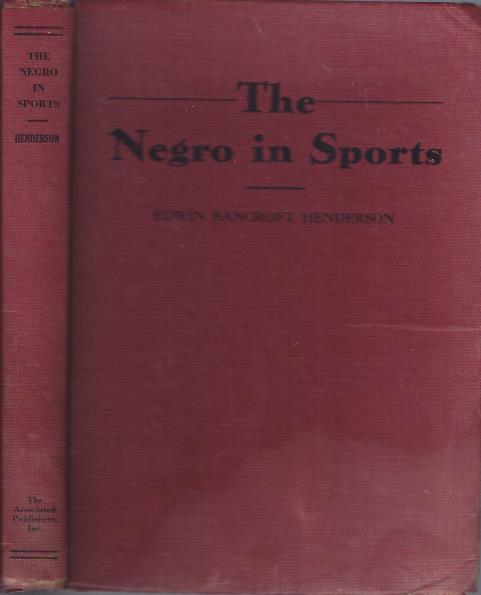 The Negro in Sports

Maroon cloth with black titles. Some wear on corners and edges with boards showing at corners. Old dampstain on bottom right front and left rear quarter of covers that is noticeable but not obtrusive. This stain does not affect the interior except as one minor wave. The book is square and the binding secure. This is the foremost work of noted educator and proponent of African-American athletics, Edwin Bancroft Henderson. Henderson was one of the first group, along with Joe Louis, Jackie Robinson, Jesse Owens, Bill Russell and Althea Gibson, to be elected to the Black Athletes Hall of Fame. In 2013, he was elected to the Naismith Memorial Basketball Hall of Fame. This work is a compendium of the history of African-Americans in sports. There are many photographs, making the work an invaluable source for somewhat overlooked athletes. This book, published in 1939, is stated as the Revised Edition, though 1939 is also the year of the 1st Edition. ; B&W Photographs; Small 8vo 7½" - 8" tall; 371 pages

Title: The Negro in Sports

The Negro in Sports