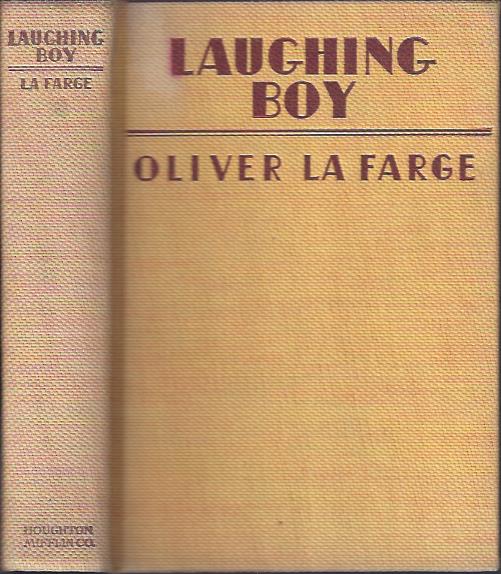 Straw-colored boards with maroon titles. Spine is somewhat faded and there is light toning on the edges. Very light wear otherwise; still square and securely bound. ; Small 8vo 7½" - 8" tall; 302 pages; Laughing Boy is the answer to one of the great trivia questions about American Literature. In 1929 The Sound and the Fury, Look Homeward Angel, A Farewell to Arms and All Quiet on the Western Front were published and were eligible for the 1930 Pulitzer Prize. Which novel won? You got it: Laughing Boy. La Farge was a novelist, scholar and anthropologist. His son was the 1960's folksinger, Peter La Farge. Both father and son claimed Native American ancestory, though that claim is open to question. Laughing Boy is a Native american story.