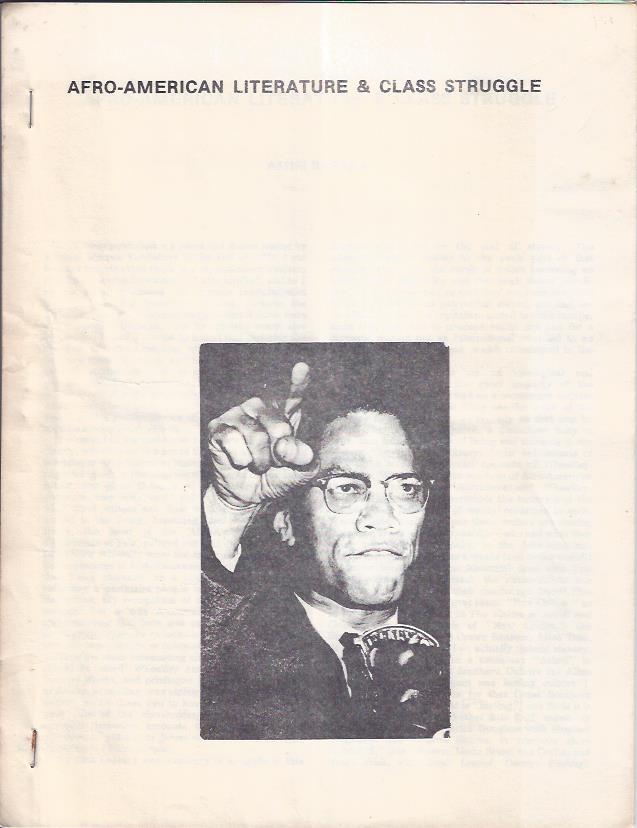 Stapled, cream wraps with black titles and photographic image of Malcolm X. Overall aging and toning but still square and attractive. Printed in double columns; Photograph of Amiri Baraka; Small 4to 9" - 11" tall; 14 pages; This booklet was printed for a reading by Baraka and several other African-American writers at Kenkeleba House in New York City. This reading occurred after Baraka's work with the Congress of African People and The Revolutionary Communust League. It is a reprint of an article he wrote in Spring, 1980 issue of Black American Literature. It is a hard-to-find ephemeral work by Baraka. All of these booklets that we have come from the collection of Charley Shively, a radical activist beginning in the 1960's. He was a poet, editor of publications like Fag Rag, and the owner of Gay Sunshine Press. He was a professor at Boston State and the University of Massachusetts. He was also a collector, and in later years, something of a hoarder. Not in Blockson.