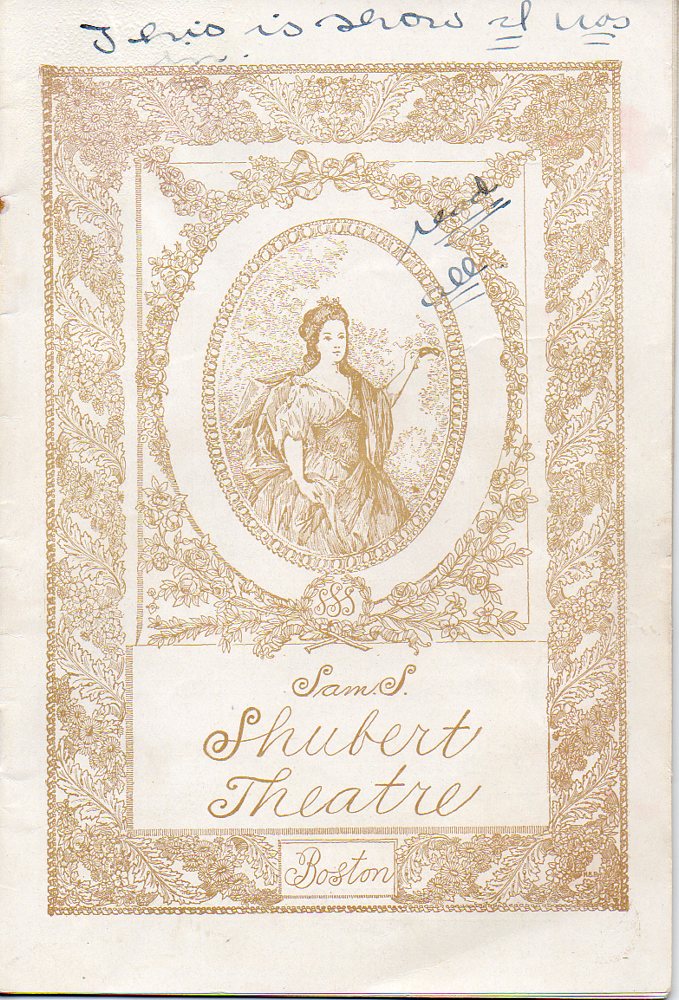 The playbill shows general light overall wear. The slick paper stock is in VG condition. The writing on it was done by one of the actresses. ; Thin 12mo 7" - 7½" tall; This playbill from the Sam S. Shubert Theatre in Boston is for a performance in 1911 of the play Ann Boyd, by Will Harben. Harben was originally from Dalton, Ga and set many of his novels in the fictional town of Darley, based on Dalton. There are notes on the program by one of the actresses, Florence Tweksbury. The play starred Lucille LaVerne, who later voiced both the Queen and the Witch in Disney's Snow White. She reportedly removed her false teeth to get the right voice for the witch. A copy of the novel is also available from us.