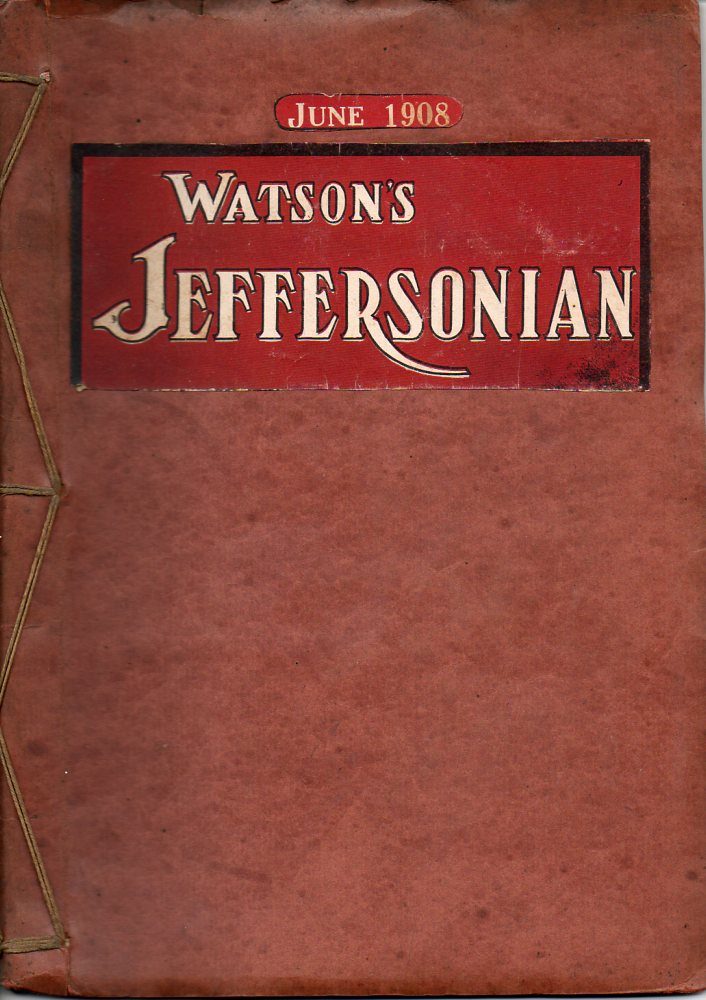 This issue is withdrawn from the Kennedy Library in Spartanburg, SC and has a flexible library binding with the original title pasted on it . The binding is cord, in good condition. There are library stamps and the residue of a pocket on the inside front cover. General light wear and toning, but a solid clean copy. Many interesting ads in the back. Other 1908 issues available. ; Ex-Library; 8vo 8" - 9" tall; From the New Georgia Emcyclopedia: "...for more than thirty years his support was essential for many men running for public office in Georgia. In addition to his political achievements, Tom Watson was a practicing lawyer, publisher, and historian. He is remembered for being a voice for Populism and the disenfranchised, and later in life, as a southern demagogue and bigot. ..Watson's Jeffersonian Magazine in particular became an outlet for lengthy editorials on anti-capitalistic political philosophies and for strong diatribes reflecting his increasing racial and religious bigotry." Watson's stand regarding the Leo Frank case are a good example of this. The magazine also included poetry ans serialized novels, such as Ann Boyd by Dalton, GA writer Will Harben.