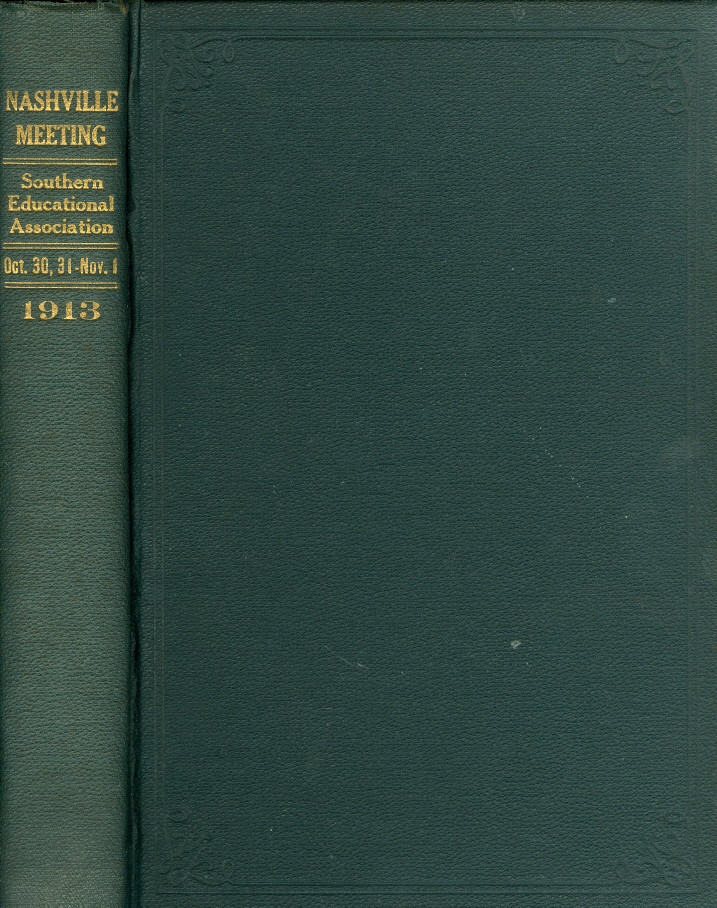 Journal of Proceedings and Addresses of the Twenty-Fourth Annual Meeting Held At Nashville, Tennessee Octpober 30-31 - November 1, 1913

Navu blue cloth with gilt lettering on spine. Book is square and binding feels secure. However, there is parting along the frnt hinge. It appears that b oth hinges have been reglued at some point. This reinforcement was done well because the binding feels tight and secure. If the parting were not visible, this copy would be VG or better. ; 8vo 8" - 9" tall; 372 pages; This copy is signed on the front pastedown by Spright Dowell. A the time of this meeting in Nashville, Dowell was Clerk of the Alabama Department of Education. He went on t o become Alabama State Scool Superintendent . From this position, he became President of Auburn University, which he put on a firm financial foundation. He lost his position at Auburn because of disputes with the athletic departments (what's new? ) From Auburn Dowell moved to the Presidency of Mercer University in Macon Georgia. Coming to Macon in the Depression, Dowell was able to put that University into a strong finanancial situation also. Dowell was a prominent Baptist and an author. This book has his signature at the begining of his career. He died in 1963.; Signed by Associated

Journal of Proceedings and Addresses of the Twenty-Fourth Annual Meeting Held At Nashville, Tennessee Octpober 30-31 - November 1, 1913