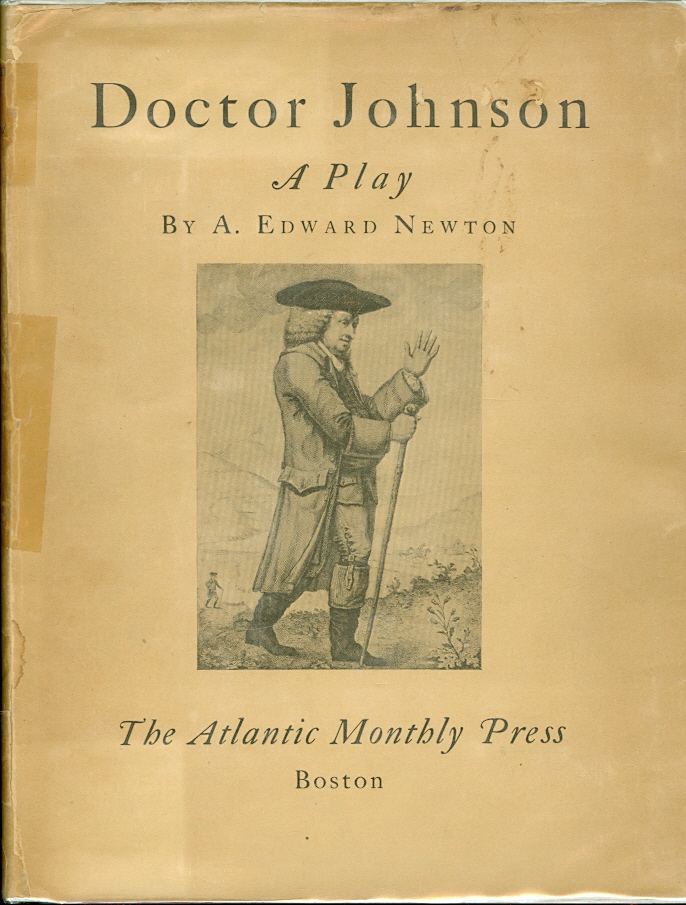 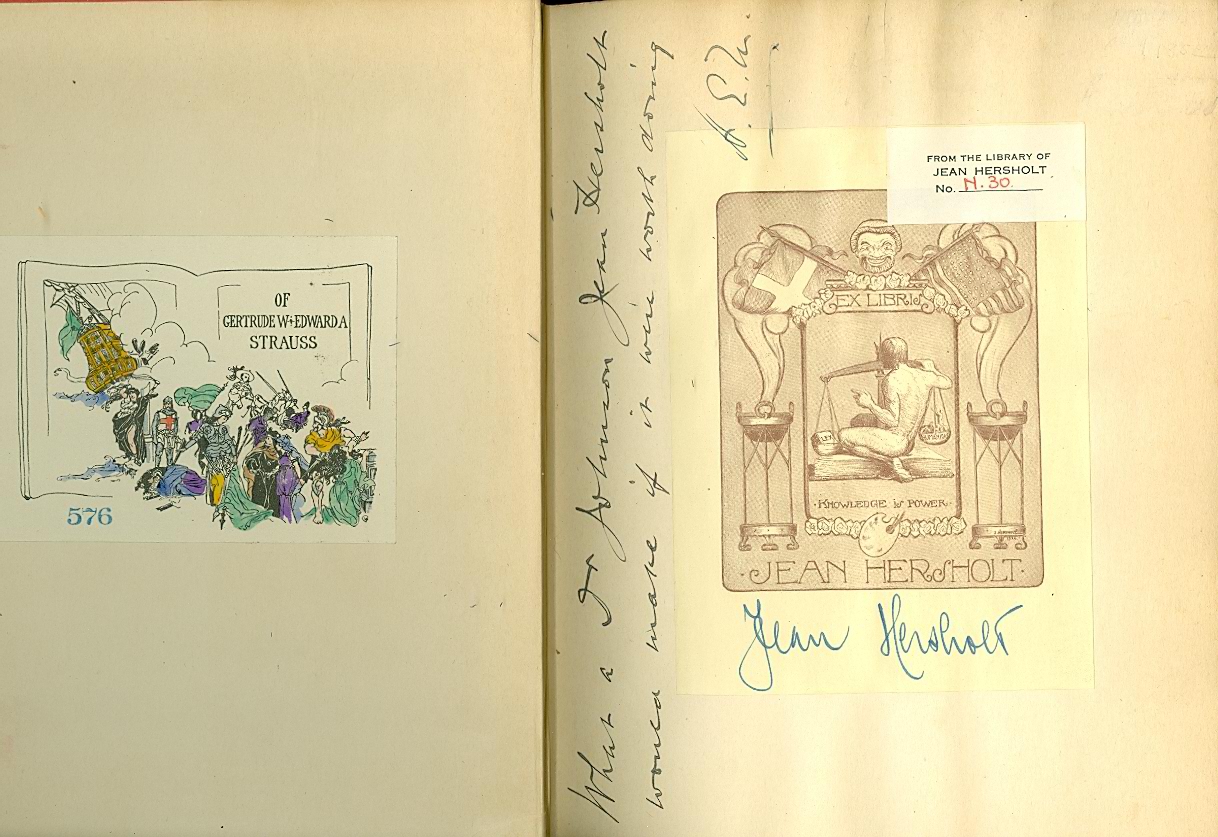 By: Newton, A. Edward

Red cloth with black backstrip. Wear on corners and general light aging. Book is square and binding is tight. Jacket has wear and aging along with some tape repairs on spine. ; 8vo 8" - 9" tall; 120 pages; This is a play by the well-known book-collector A, Edward Newton, who wrote The Amenities of Book-Collecting and was a major collector of Samuel Johnson. This copy is especially distinguished by Jean Hersholt's bookplate and signature (on the bookplate) on the ffep. Hersholt was the famous Hollywood character actor for whom the Jean Hersholt Humanitarian Award is sometimes presented at the Academy Awards. Hersholt, like Newton, was a prominent book-collector. His Hans Chritian Andersen collection was one of the greatest ever assembled. A small sticker for Hersholt's library is also on the ffep. Besides the Hersholt associated material, Newton as written an inscription along the edge of the ffep which says, "What a Dr. Johnson Jean Hersholt would make if it were worth doing." He then signs with his initials. Finally there is a bookplate for Edward A. And Gertrude Strauss on the front pastedown. Very interesting association piece with a wonderful Hollywood signature and bookplate. ; Signed by Associated