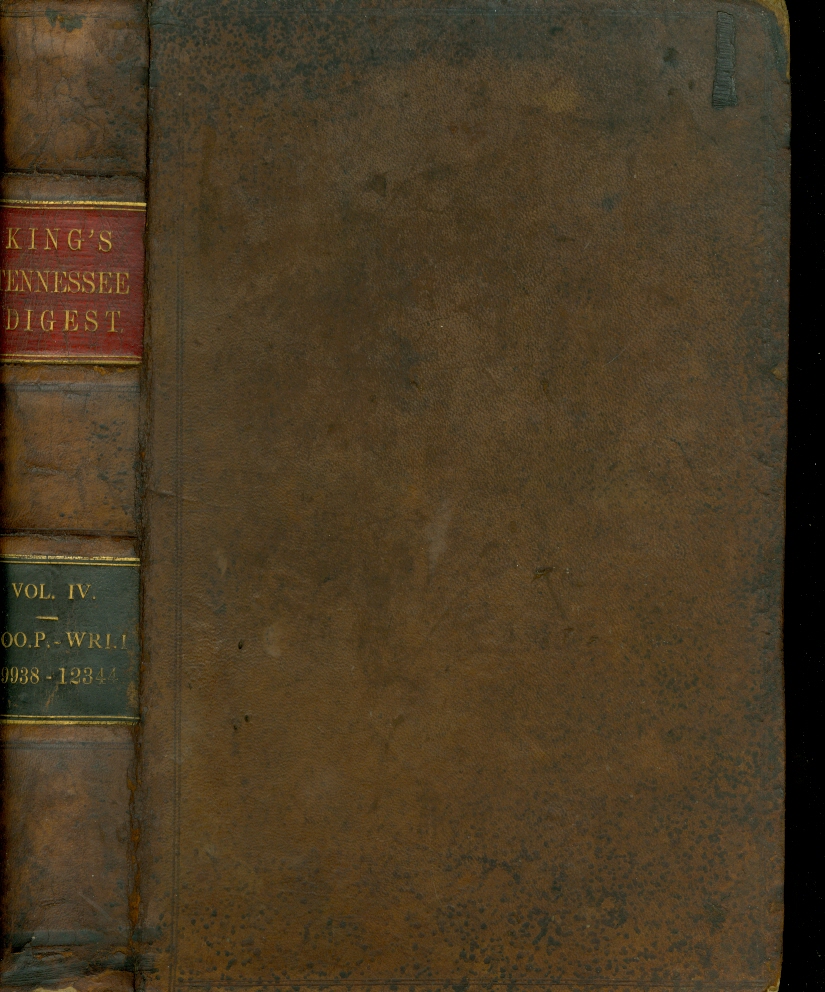 Book Condition: with no dust jacket

Leather covered boads with gilt lettering in red box on spine with gilt titles and a black box with gilt lettering for volume numbers and letters (like a legal book. ) This copy has edge and corner wear with a good bit of interior foxing and toning. However the book is square and the binding is secure. While the covers show age there is very little scuffing or damage to the leather. It grades in the G+ to VG- range. This is Volume IV of a four-volume set. The letters on this volume are Poo. P - WRI. I. The book is a collection or digest of Judicial Decisions in Tennessee from 1796 to 1868, with notes. Individual volumes of this set are quite scarce, and very little information is available. WorldCat locates only eight copies in university law libraries, some of which are only partial sets. There was a Second Edition with a Supplement. Henry Clay King was a Tennessee lawyer who lived in Memphis. One on-line biography calls him "a nut case." He committed murder late in his life, when, after deserting his wife and family for a woman the New York Times described as "risky," he shot and killed David Posten, another lawyer whom he felt was threatening him. King died in prison. ; 9938 - 12344; Large 8vo 9" - 10" tall; 487 pages

Title: The Tennessee Digest A Digest of the Judicial Decisions of the State of Tennessee from the Year 1796 Until 1868

Book Condition: with no dust jacket