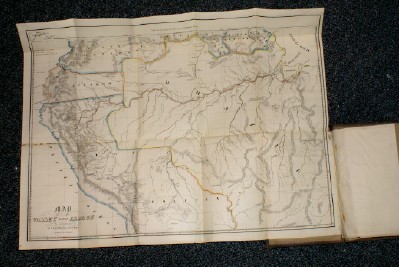 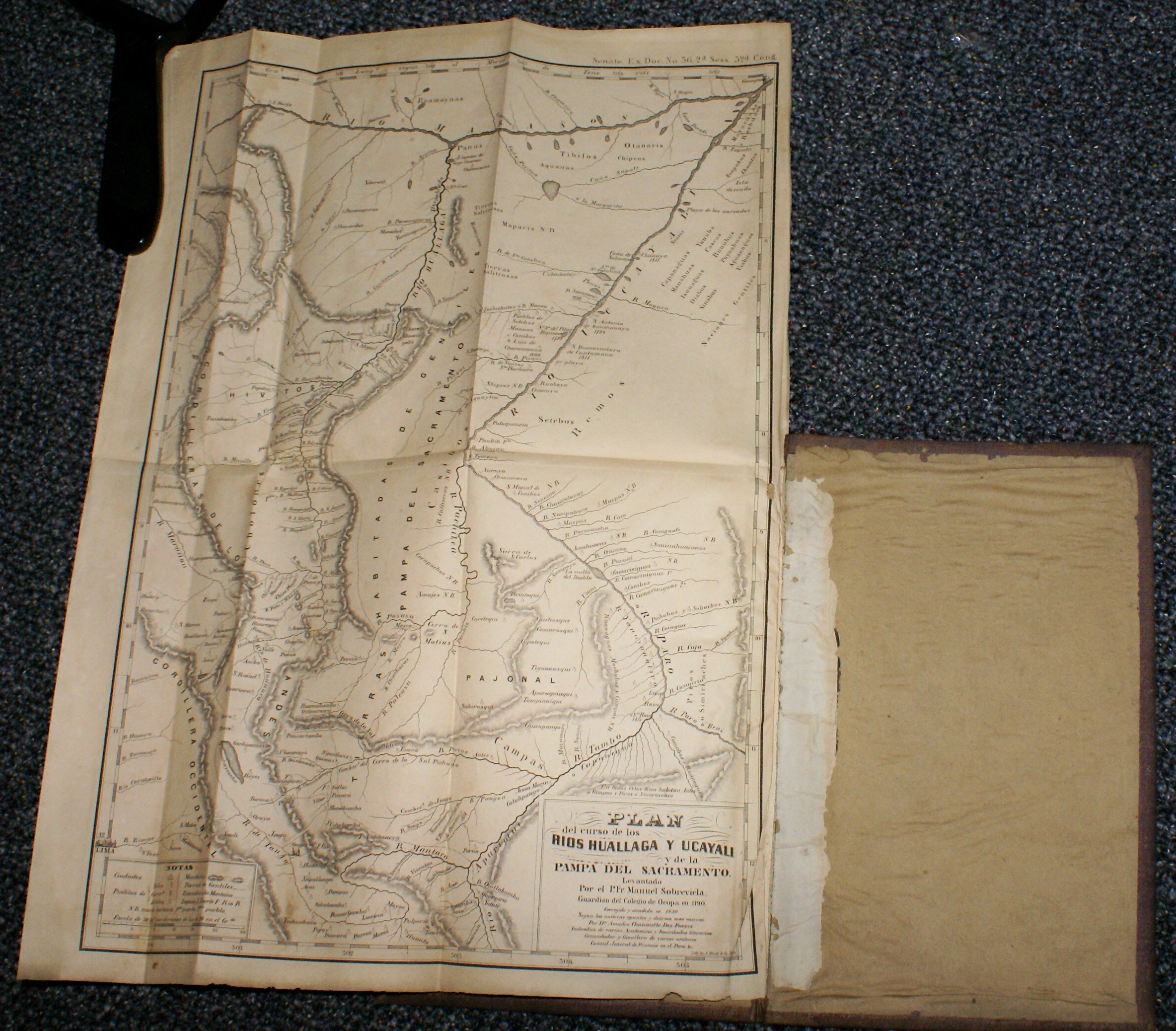 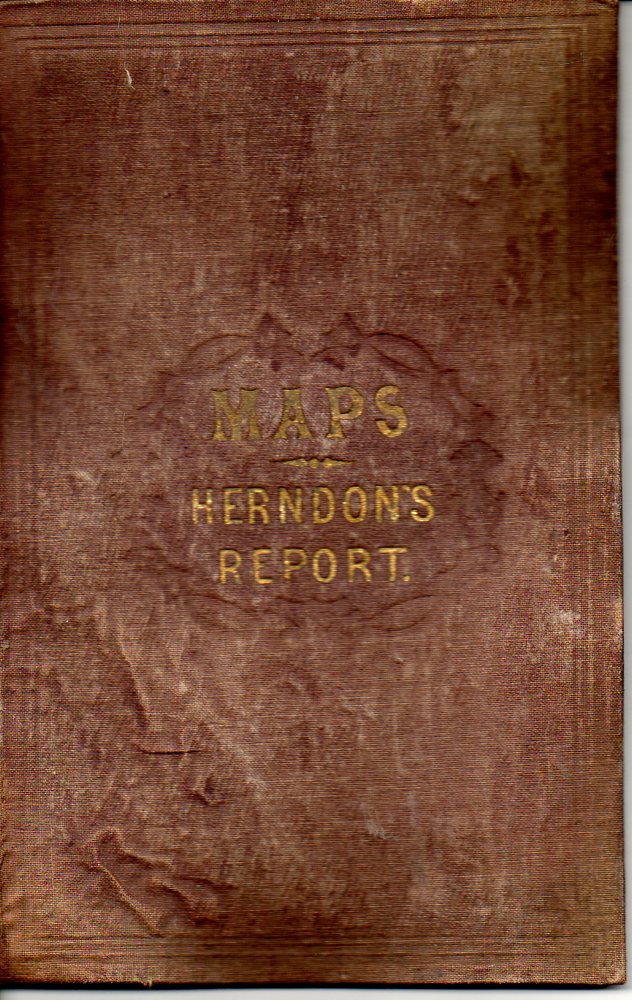 Maps: Herndon Report (Accompanying Explorations of the Valley of the Amazon)

Brown cloth boards are wrinkled, bowed and mottled. The gilt title is fairly bright. The covers are also blind stamped. The maps are VG-, with some toning and a few tears along folds, but printed on fairly heavy stock and they do not seem to have been handled very much. There is a white strip on the back board where the third map would have been attached. The book was printed for the US Senate, 32nd Congress. ; Maps; Thin 8vo 8" to 9" tall; 2 pages; William Lewis Herndon, one of the Navy's outstanding explorers and seamen, was born 15 October 1813 in Fredericksburg, Va. From 1842 to 1846 Herndon served in the Depot of Charts and Instruments (to become the U. S. Naval Observatory) preparing oceanographic charts and performing other scientific work invaluable to the safe and accurate navigation of the seas. . In 1851 Herndon headed an expedition exploring the Valley of the Amazon, a vast area as uncharted as the wildest part of central Africa. Departing Lima, Peru, 21 May 1851, Herndon and his small party of six men went on a remarkable journey of 4,366 dangerous miles, reaching the city of Para 11 April 1852. On 26 January 1853 Herndon submitted an encyclopedic and profusely illustrated 414-page report to Secretary of the Navy, John P. Kennedy. (from Navy Historical Center) This folder contains two of the three maps that accompanied the report, showing the Valley of the Amazon (in color) , the Huallaga and Ucayali Rivers and the Pampa del Sacramento.

Title: Maps: Herndon Report (Accompanying Explorations of the Valley of the Amazon)

Maps: Herndon Report (Accompanying Explorations of the Valley of the Amazon)