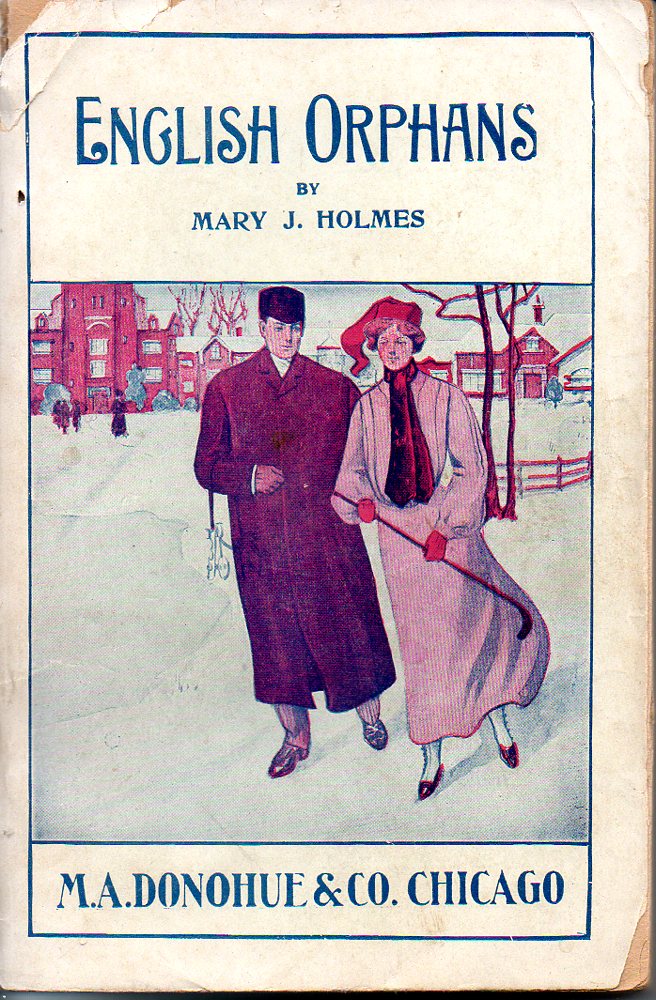 Corners of wraps creased and worn, with two torn across the corners. General wear. Except for toning, text block is clean. The book seems to be complete. ; 8vo 8" - 9" tall; 335 + ads pages; There is no date shown but the book was originally published in hard cover in 1855. This is #44 of The Alert Library. There is also a preview of the novel The Literary Life. Wickipedia: "Mary Jane Holmes (April 5, 1825 – October 6, 1907) [1] was a bestselling and prolific American author who wrote 39 popular novels, as well as short stories. Her first novel sold 250,000 copies; and she had total sales of 2 million books in her lifetime, second only to Harriet Beecher Stowe. Portraying domestic life in small town and rural settings, she examined gender relationships, as well as those of class and race. She also dealt with slavery and the American Civil War, with a strong sense of moral justice. Her popular work was excluded from most 19th-century literary histories, but she has received recognition and reappraisal since the late 20th century."