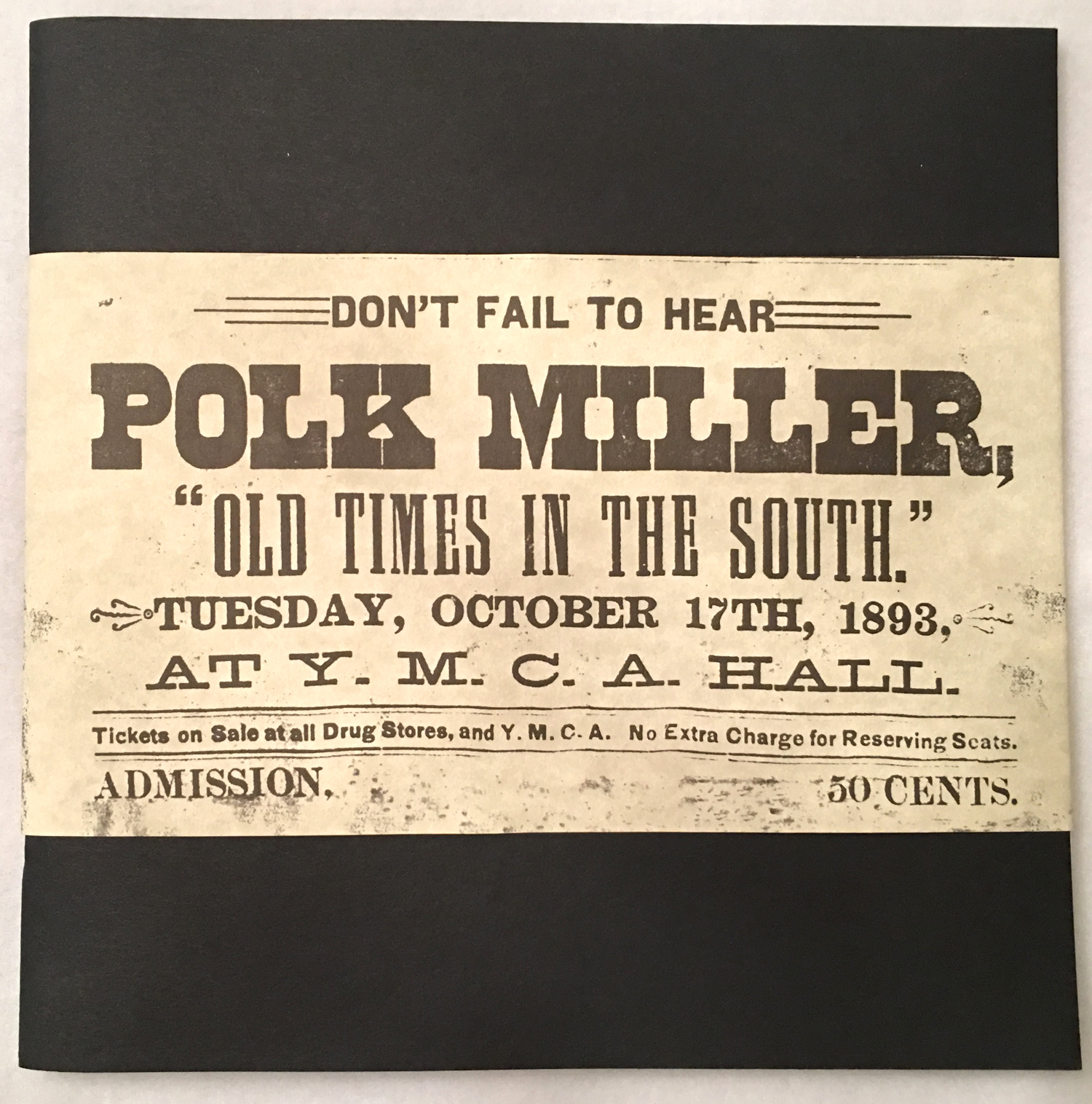 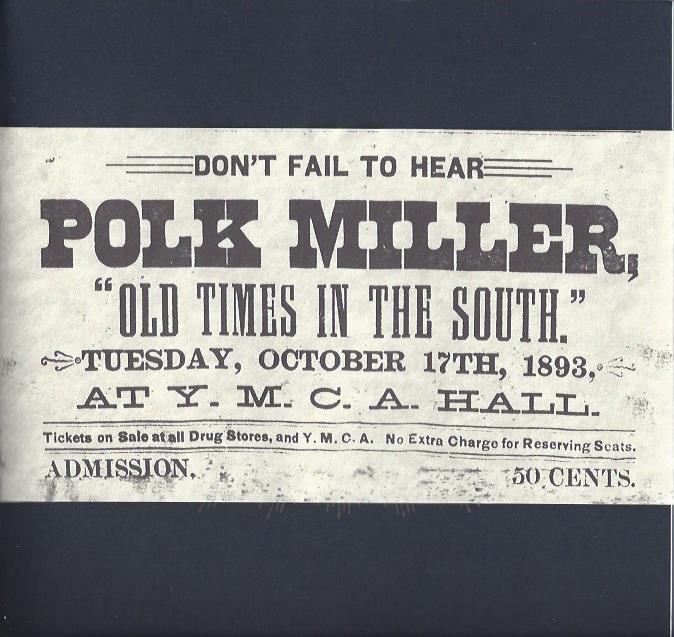 By: Flaherty, Tim (editor and producer)

Stapled, dark brown, stiff wraps with image of record label on front. CD of original Polk Miller recordings inside back wrap. This copy looks as new and unused. A sleeve from an old broadside of Miller's slips over the booklet as a sort of dustjacket. This production is a historic recording and documentation of one of the earliest African-American groups to record, Polk Miller and the Old South Quartette. The Quartette was black; Miller was white. The music they produced may be as close as we can come to antebellum, African-American music.Miller often contrasted the "authenticity" of his group in comparison to the "not-so-authentic Fisk Jubilee Singers. The authenticity of either or both is much discussed and argued. This booklet includes an essay by music historian, Doug Seroff as well as illustrations from original Polk Miller ads and broadsides. LA Don; B&W Illustrations; Square 8vo 8" to 9" tall; 24 +CD pages