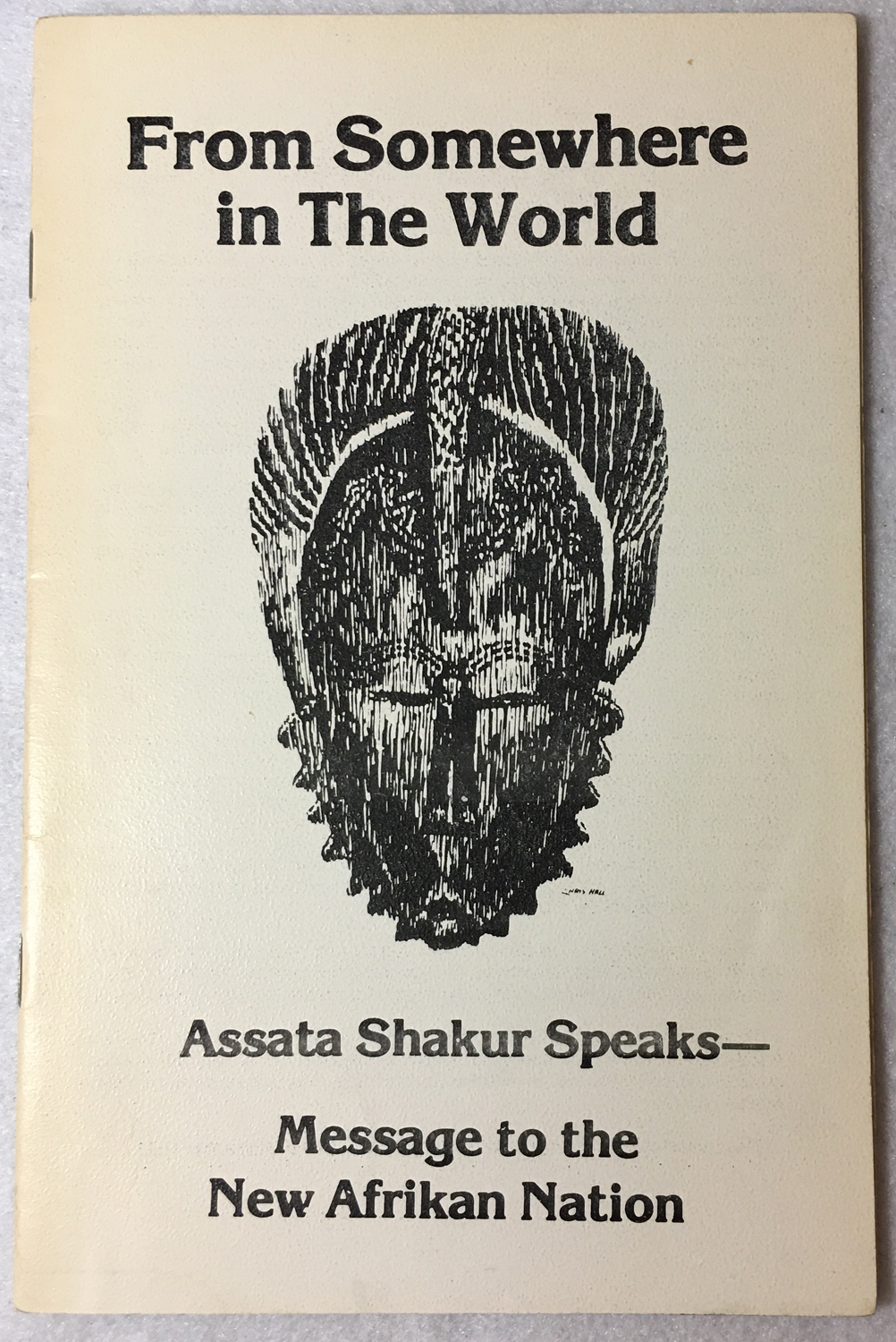 From Somewhere in the World

Stapled, white wraps with black titles and decoration. Booklet has some very light toning and a very light curve, not really a crease, in the bottom right area. VG+ to NF. Shakur was a Black Panther, a member of the Black Liberation Army and the founder of the New Afrikan Womens Organization. She was the step aunt and godmother of Tupac Shakur. In 1973 she was convicted of seven felonies, including the murder of a New Jersey police officer and sentenced to prison. She escaped in 1979, eventually going to Cuba where she still lives. She is still wanted by the FBI and the state of New Jersey. There is a $2, 000, 00 reward. This pamphlet was written in 1980 while she was a fugitive in the US. It was published by the New Afrikan Womens Organization and distributed by the Black Community News Service of Newark, New Jersey in 1980 (I think). Quite difficult to find. ; B&W Illustrations; 8vo 8" - 9" tall; 15 pages

Title: From Somewhere in the World

From Somewhere in the World