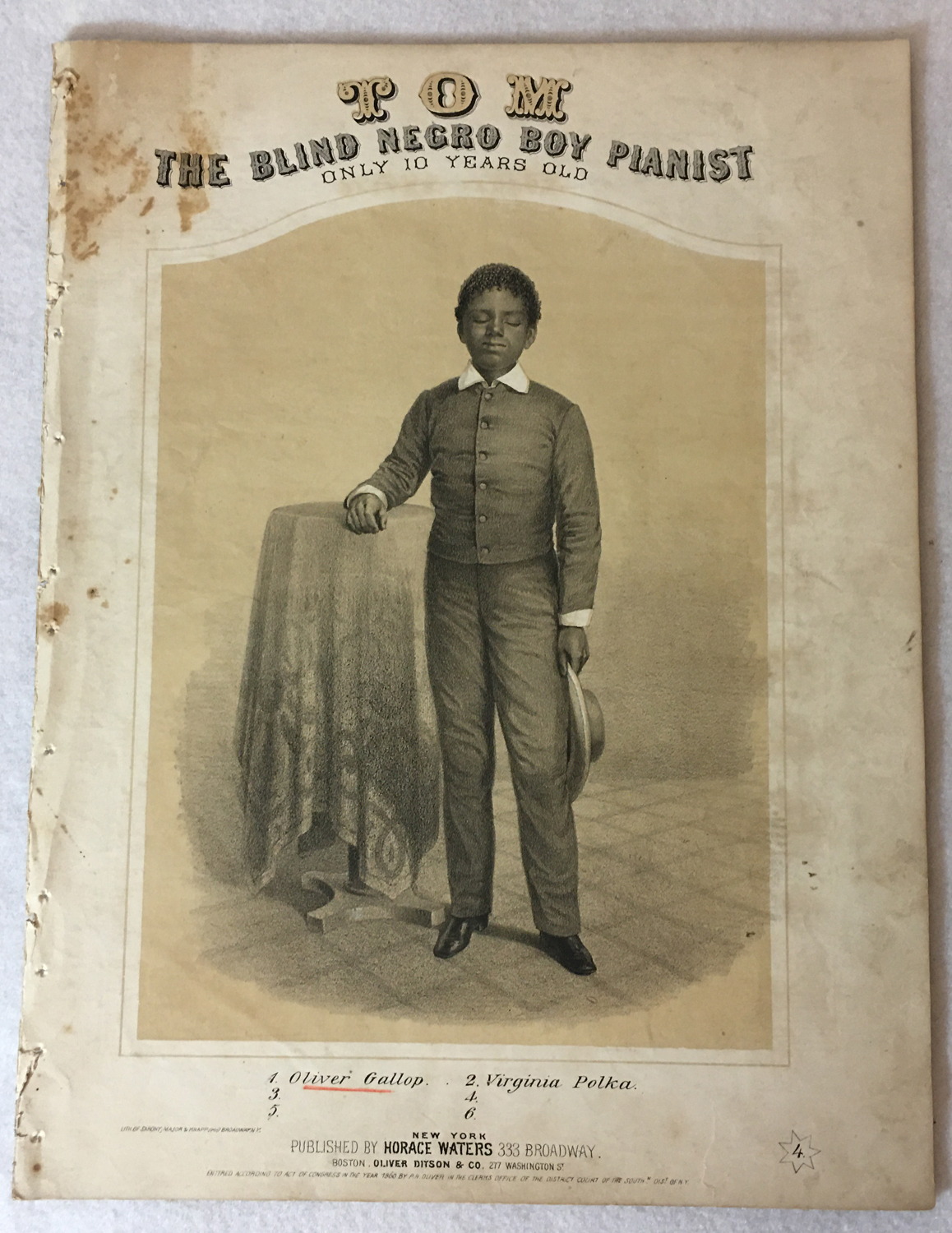 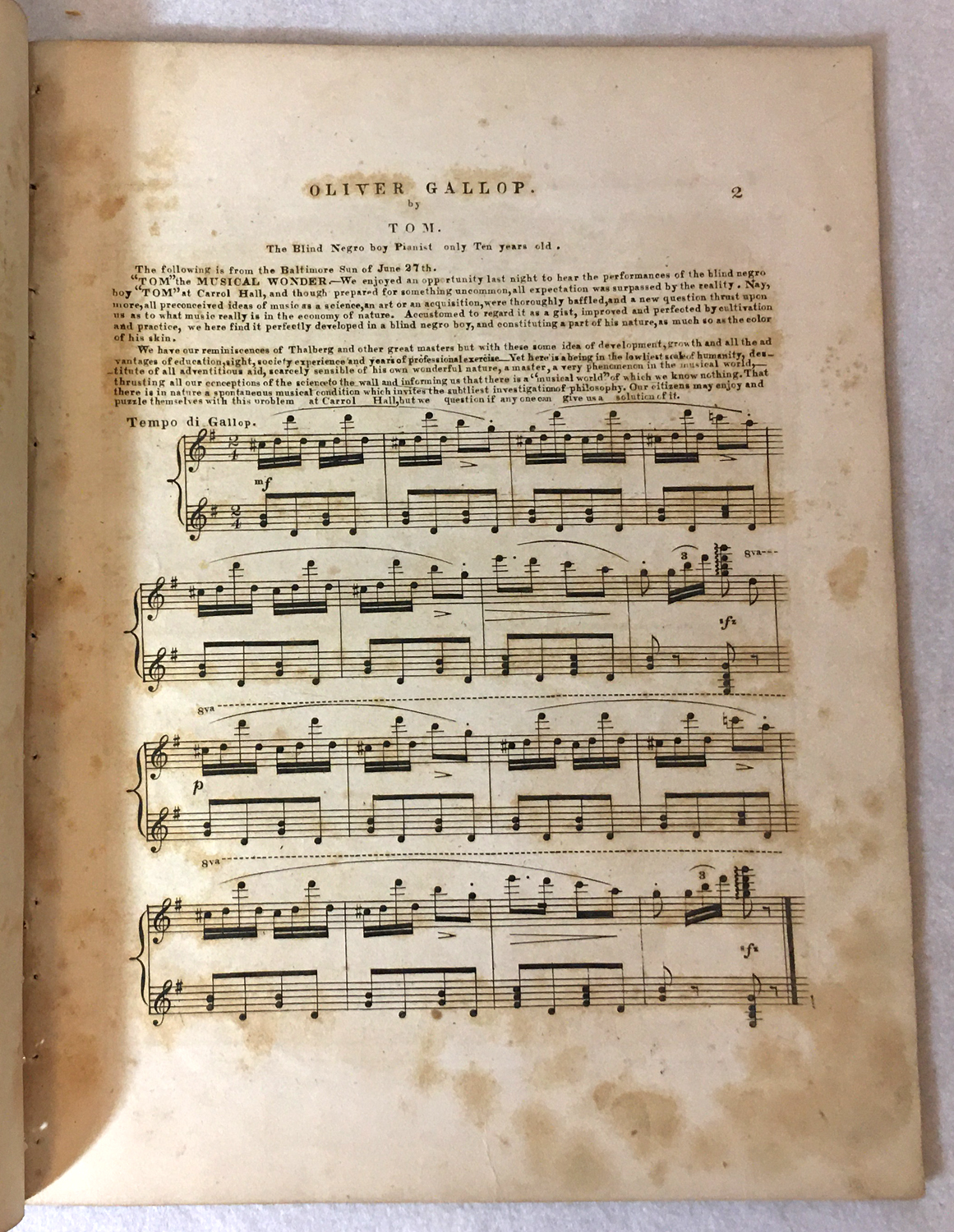 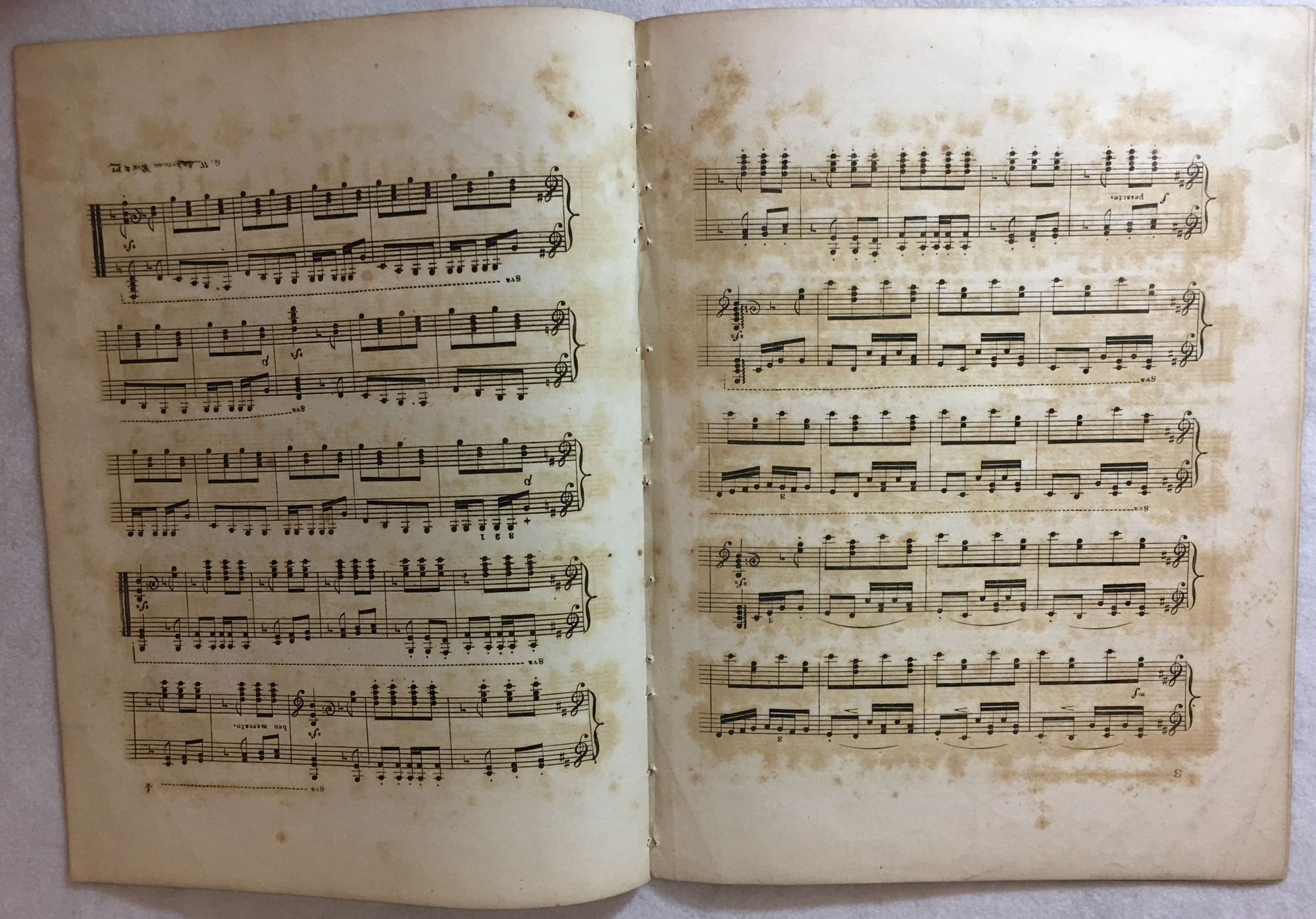 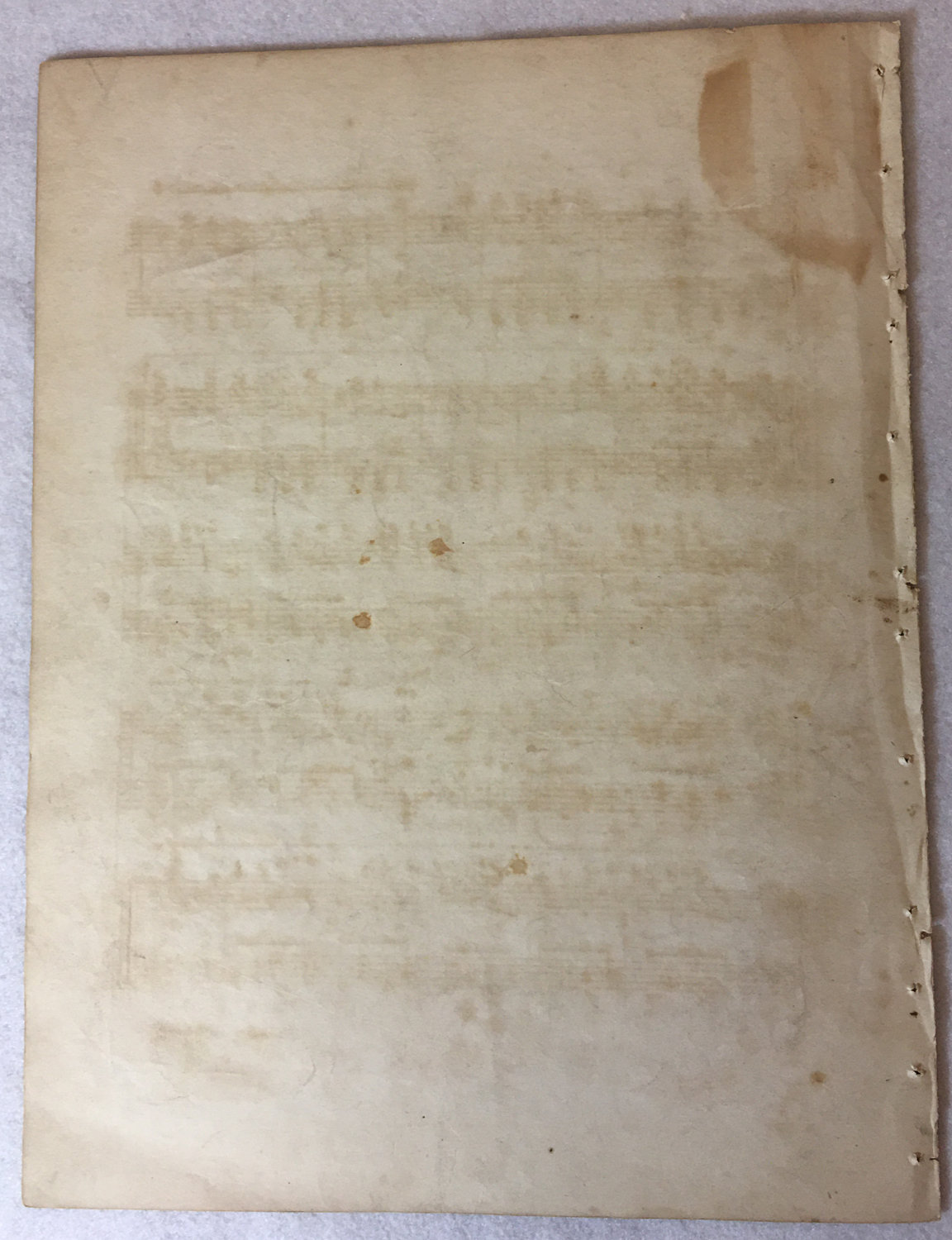 This quite uncommon sheet music was the first published by the well-known "Blind Tom" Bethune. Bethune had been born blind and a slave near Columbus, Georgia. His unusual ability to play the piano and recall speech was discovered at an early age so that before he was ten he was touring the country and making vast sums of money for his owner, General James Neil Bethune and his manager, Perry Oliver, for whom "Oliver's Galop" is named. After the Civil War, Bethune was declared non compos mentis (more recent diagnoses have settled on autism) and put under the care of Gen. Bethune who continued to make money from Blind Tom's touring. He was quite likely the most well-known and best-compensated American musician of the 19th century, though most of his earnings went to Gen. Bethune. Besides being able to play almost any musical work or even sound he heard, Blind Tom could also remember long speeches and mimic the speakers sounds and mannerisms. He died in 1908. This sheet music has been removed from a bound volume