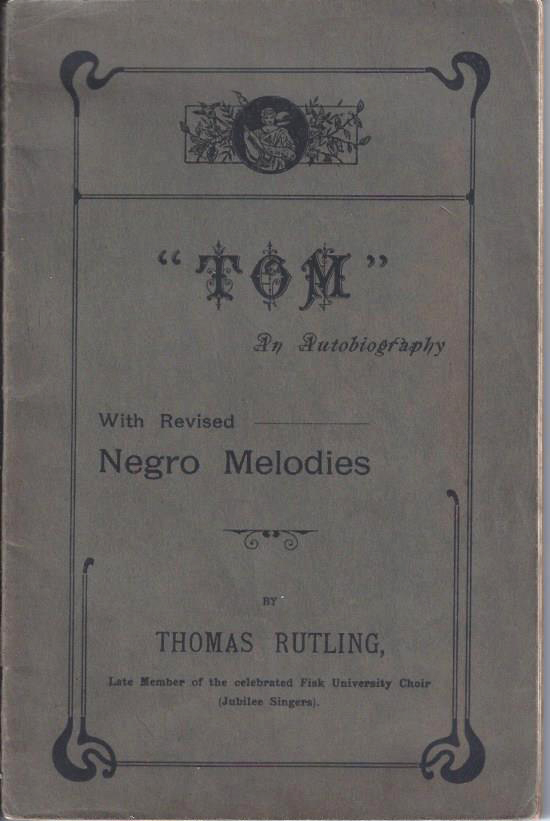 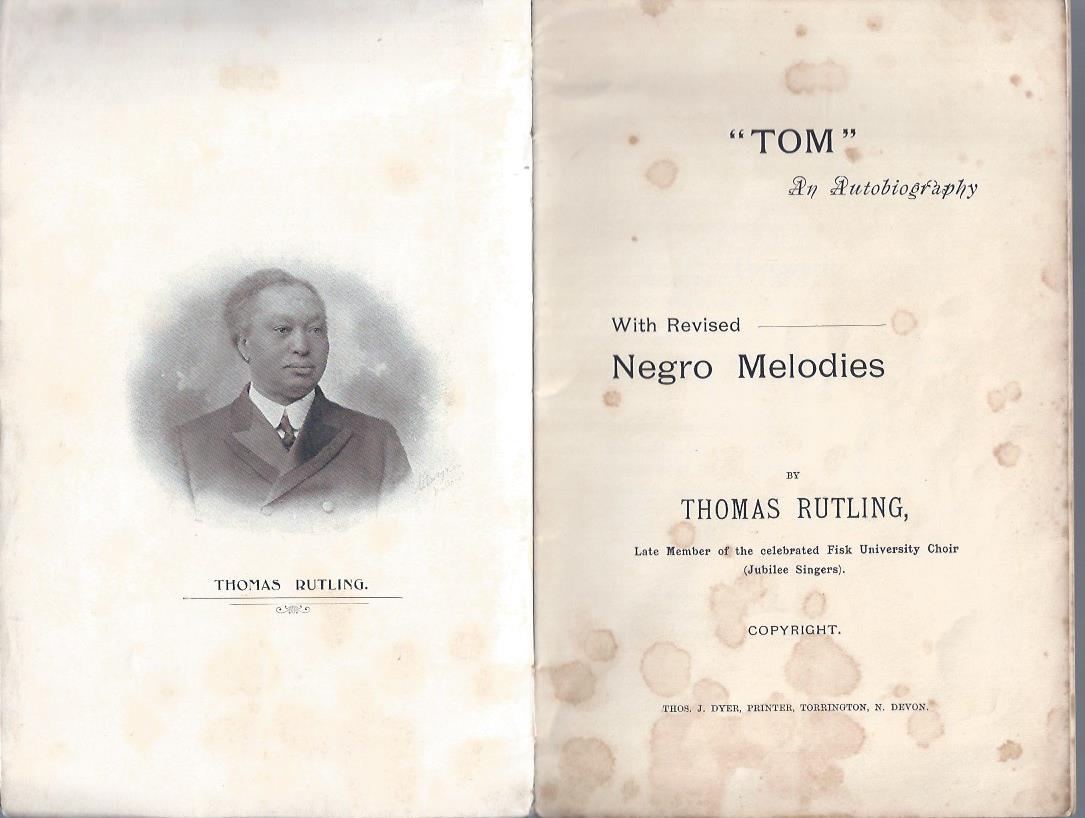 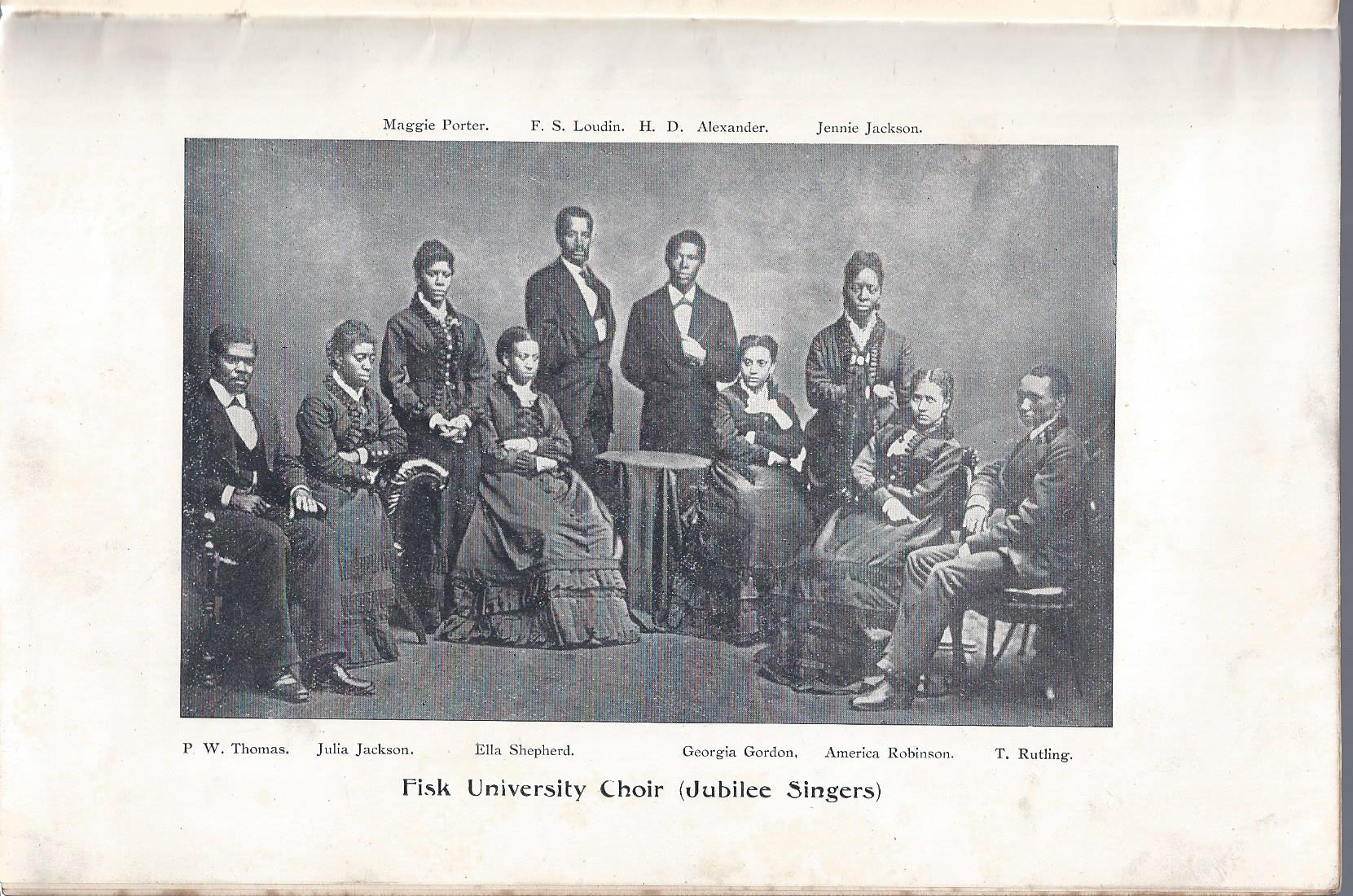 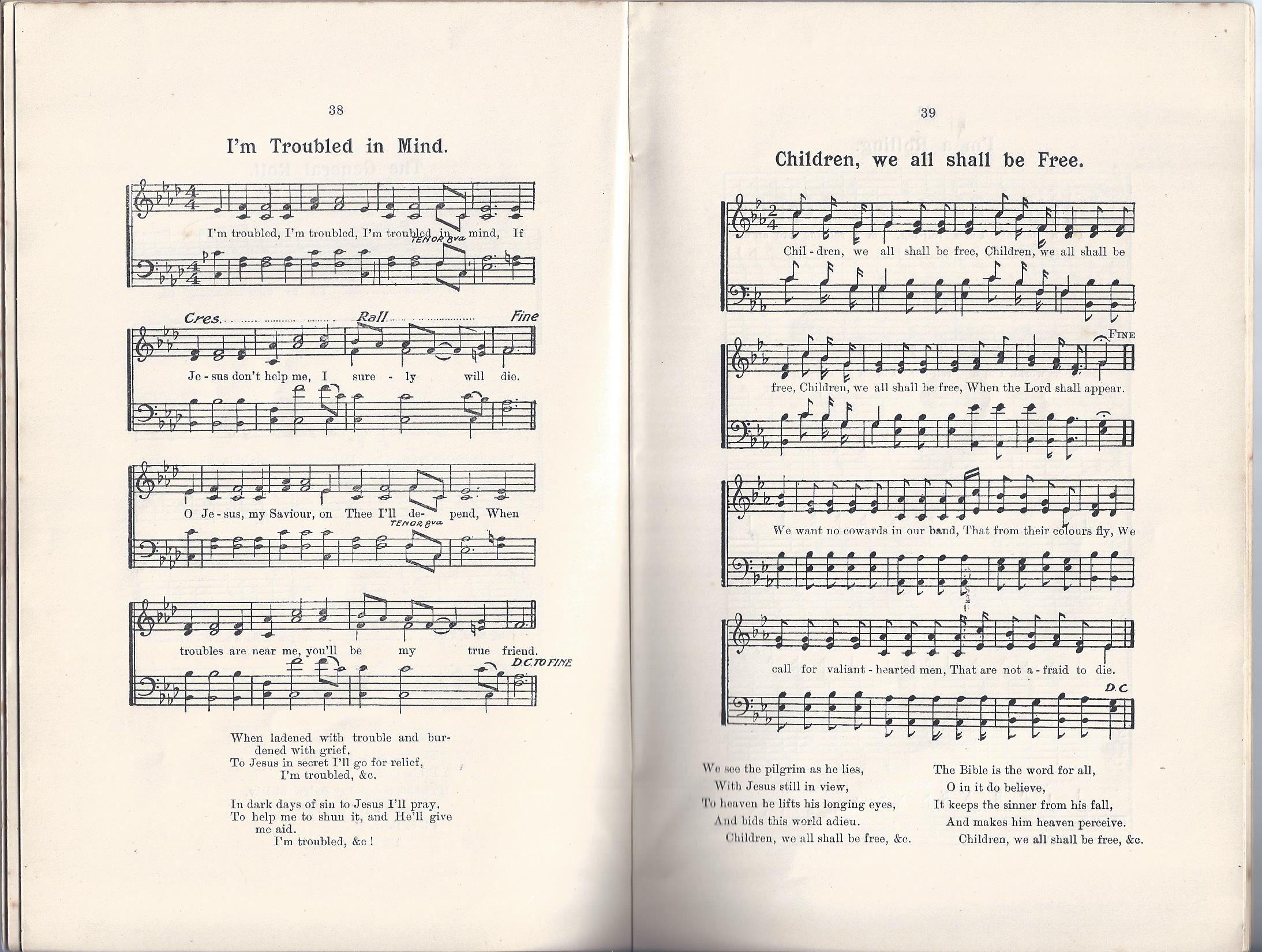 Original printed wrappers, chip to backstrip, otherwise minor wear; foxing to title page and frontispiece, otherwise minimal wear to contents.Overall VG.This is a narrative written by a former member of the Fisk Jubilee Singers. Rutling was born a slave in Tennesse and experienced the loss of his mother who was sold. He was freed in 1865 and was able to go to Fisk in Nashville, Tennessee. He became one of the original Fisk Jubilee Singers and stayed with the group until he left them in England and refused to return to America. He became a true celebrity in England. This short autobiography was published there around 1907. The first 15 pages are devoted to the story of the author''s life under slavery, followed by his musical career and 40 pages of music. Very uncommon slave and music-related volume. Not in Blockson. Not in Work. One other example at auction (Swann sale, 27 March 2014, lot 106). WorldCat listings for this book are confused. There are no more than seven copies worldwide in libraries, probably fewer. LA FISK ; Two B&W Plates (Rutling, Fisk Singers); 8vo 8" - 9" tall; 64 pages