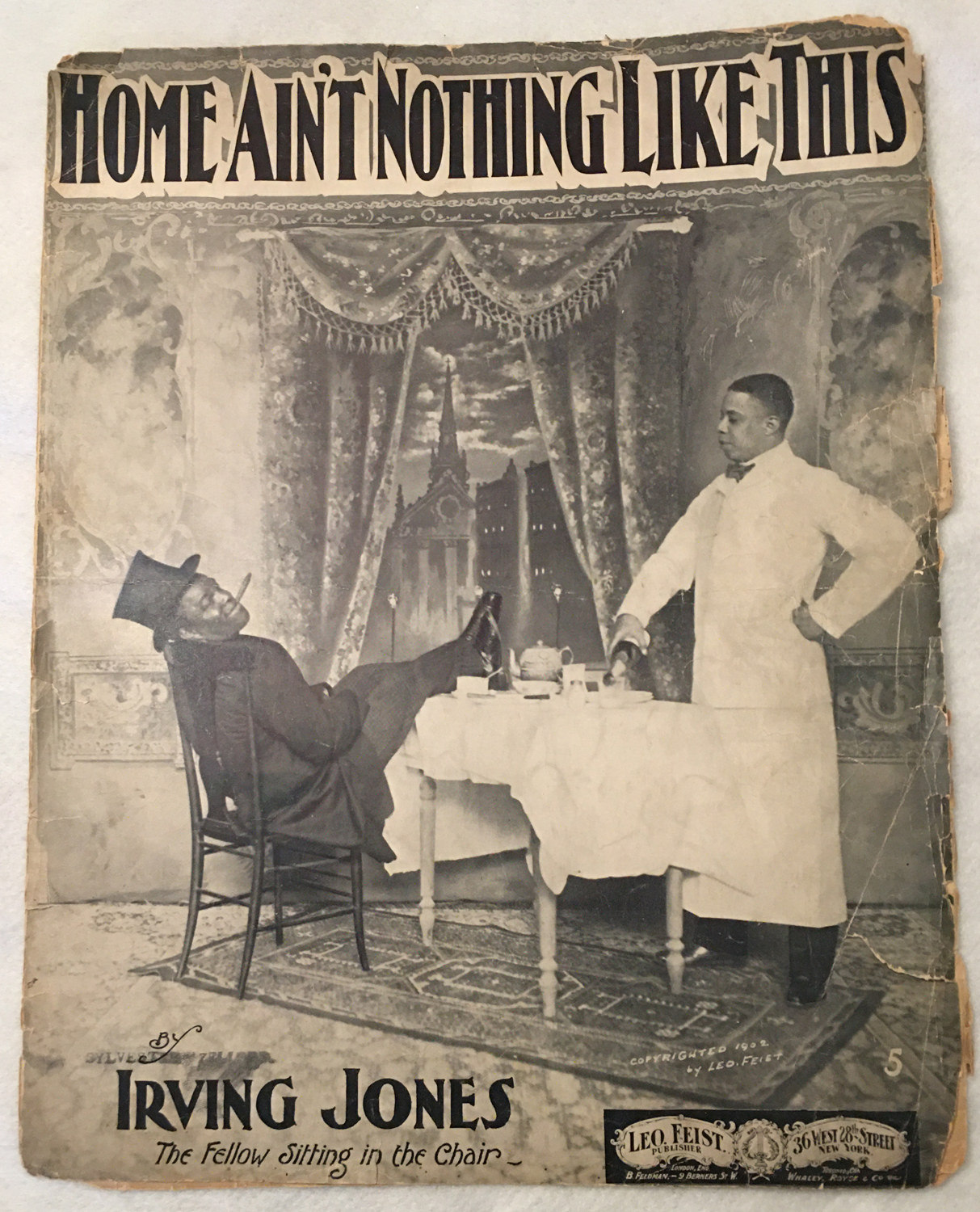 By: Jones, Irving (words and music)

This sheet music has much wear. It has been professionally reattached and stabilized with archival tape but still shows use. There is edge corner and surface wear and aging. Overall, in G condition. The cover image is still strong and shows Irving Jones, a minstrel performer, comedian and Vaudevillian. His songs often portrayed characters who fit the "dandy" role in the Minstrel tradition though Jones usually gave them a ragtime rhythm. This song was one of his most popular, and he is depicted in the photograph on the cover, kicked back in a chair with his feet on a table -- a great image of a mostly forgotten late 19th and earlier 20th century African-American musical entertainer. There do not seem to be many images of Jones available except on this relatively uncommon sheet music. SMAA; B&W Photograph of Jones; Folio 13" - 23" tall; 4 pages