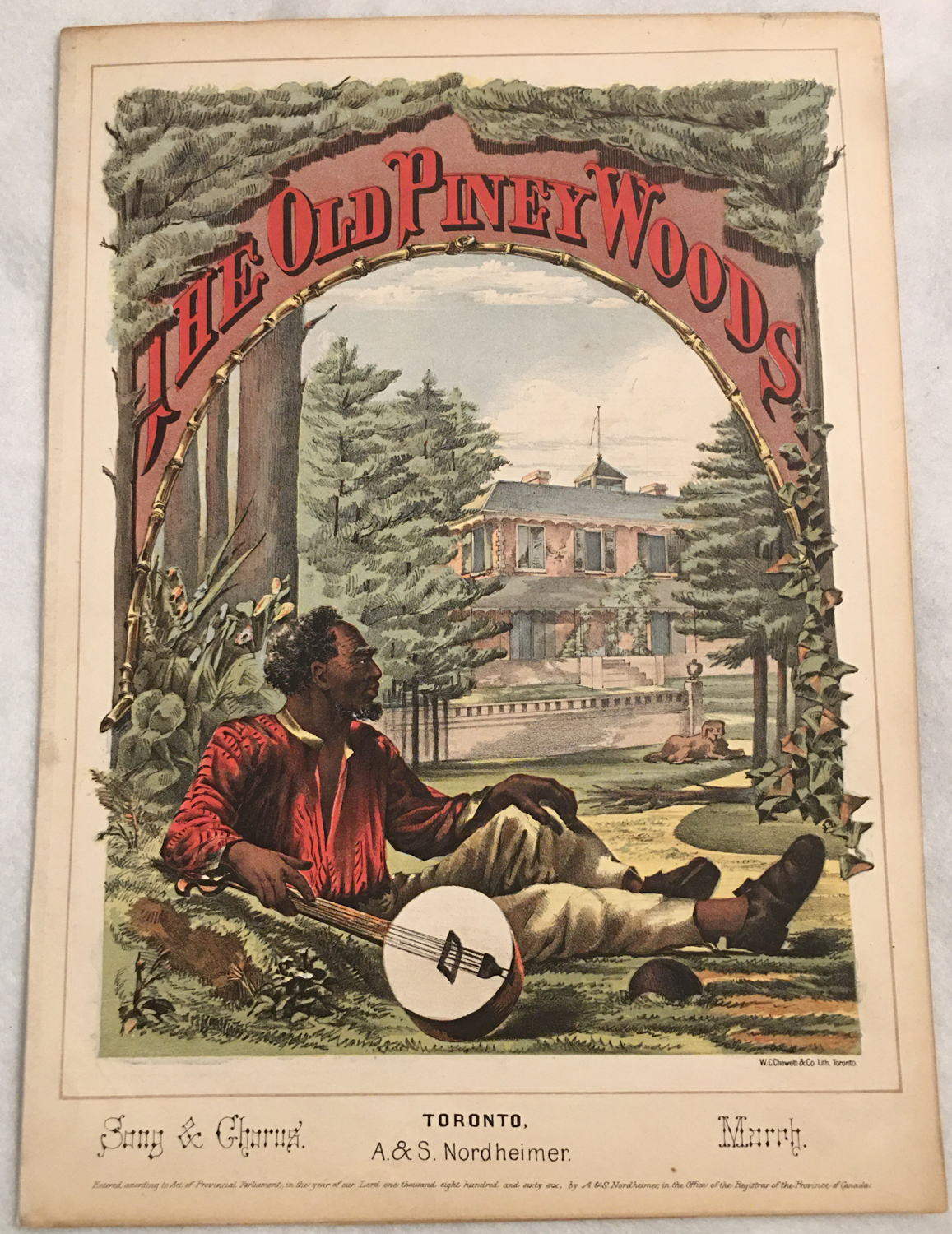 This is a beautiful example of 19th century, minstrel-related sheet music. There is a color lithographic image of a black man with a banjo, looking longingly toward the old plantation house. The depiction of the man is not stereotyped but the message is, "the good old days as a slave", demonstrating that minstrelsy could be both sympathetic to black people and completely tone deaf at the same time. The song both in words and music is obviously influenced by Stephen Foster. This music seems to have been first published in Canada, though there is evidence of a copyright in New York. The composer and lyricist are credited only with initials, though R. B. has been identified as R. Blackburn. This music seems to be quite uncommon. No copies in the trade. WorldCat locates four or fewer copies in libraries. (My search through the entries suggests only two.) While this sheet music is in VG to VG+ condition, the covers have been professionally reattached with archival tape. Otherwise, there is just very light, general