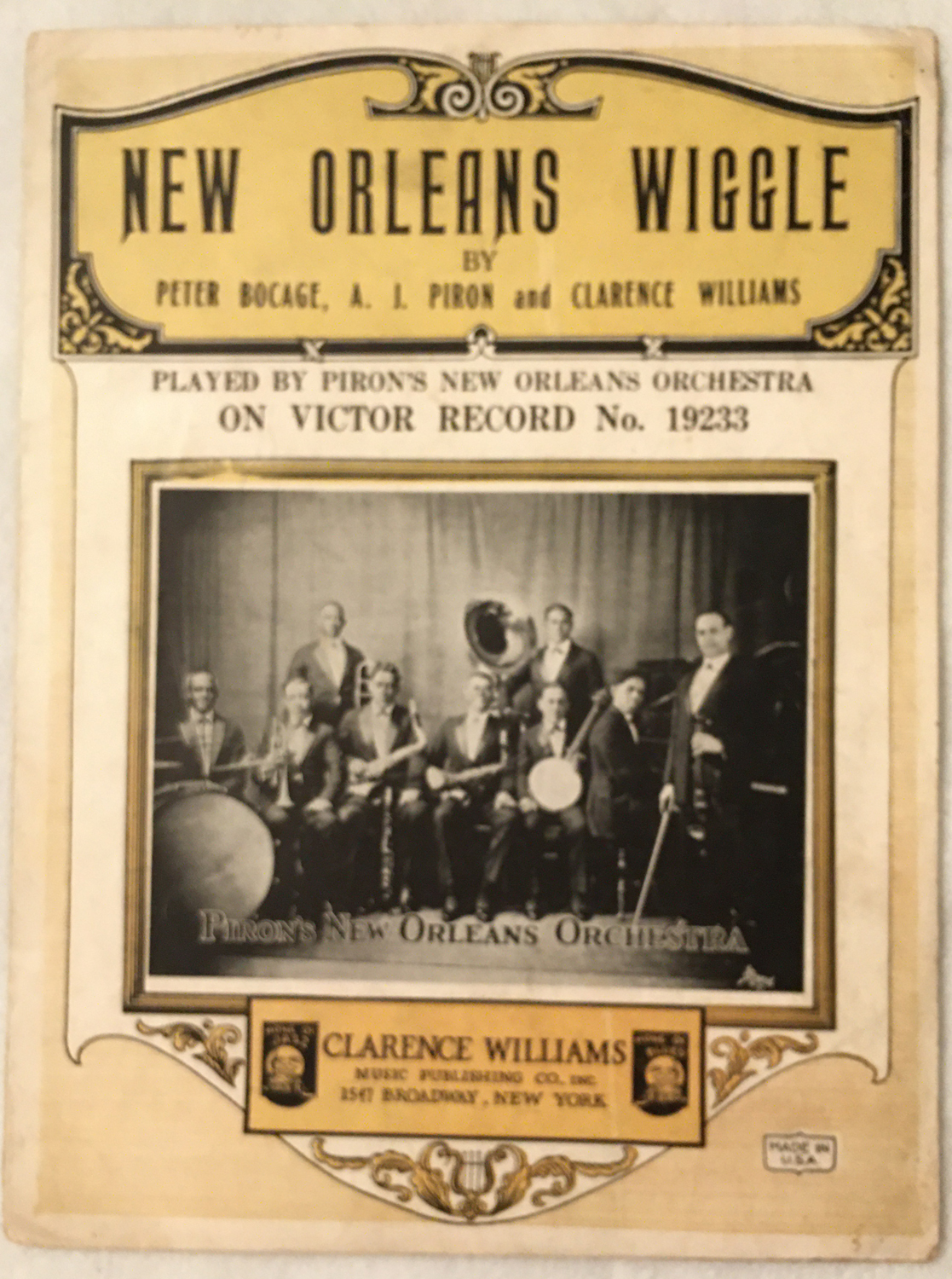 By: Bocage, Peter, A. J. Piron and Clarence Williams

"New Orleans Wiggle" was an important number in the repertoire of A. J. Piron's New Orleans Orchestra. This is the first edition sheet music for the song which was written by Piron, his renowned trumpeter, Peter Bocage, and composer/publisher Clarence Williams. Williams' logo at the bottom of the front cover has the interesting dual blurbs, "Home of Jazz" and "Home of Blues." There is also a photograph of Peron's Orchestra which featured some of the top names from New Orleans. The players, from left to right are: Louis Cottrell, Sr. on drums (he is sometimes misidentified as his son, Louis Cottrell, Jr.); Peter Bocage who was a co-writer of this work and wound up in his old age playing at Preservation Hall, on trumpet; John Lindsay on trombone; the famous Lorenzo Tio, Jr. on tenor sax and clarinet (his father and uncle were also musicians of some note);. Louis Warnecke, alto sax; Charles Seguirre, the tuba; Charles Bocage, Peter's brother on banjo; Steve Lewis, on piano; and A. J. Piron stands last with his