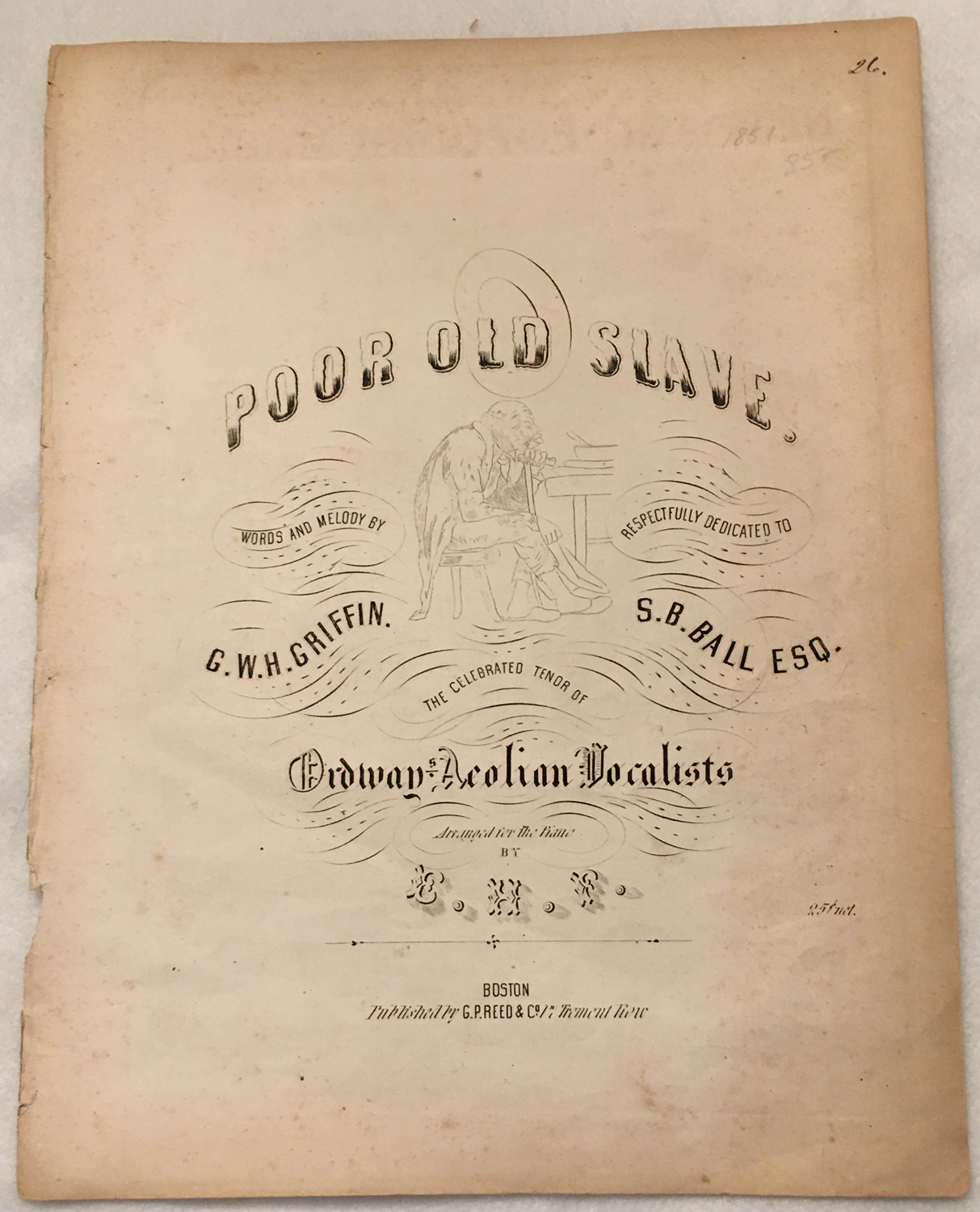 This sheet music, by minstrel performer and promoter G. W. H. Griffin, has an image of an elderly black man sitting on a chair. The song is dedicated to S. B. Ball, "The Celebrated Tenor of Ordway Aeolian Vocalists," and arranged for piano by "E. M. F.", possibly composer/arranger Eddie Fox. G. W. H. Griffin began as a minstrel performer as a young man and eventually became a composer, actor and promoter of the shows. Gary Engle refers to him as "one of the better writers" in minstrelsy. In Griffin's parody of Hamlet, he has the Prince, as he goes off with Ghost, shout back to Horatio and Marcellus, "Wait here! If I want you boys, I'll holler." Griffin worked with both Christy's and Bryant's minstrel groups. This song is of some interest because it suggests a strong anti-slavery attitude with the recurring line, "The poor old slave has gone to rest, we know that he is free." It's not much but it does show some empathy for the enslaved African-American within the racist minstrel tradition. This copy is disboun