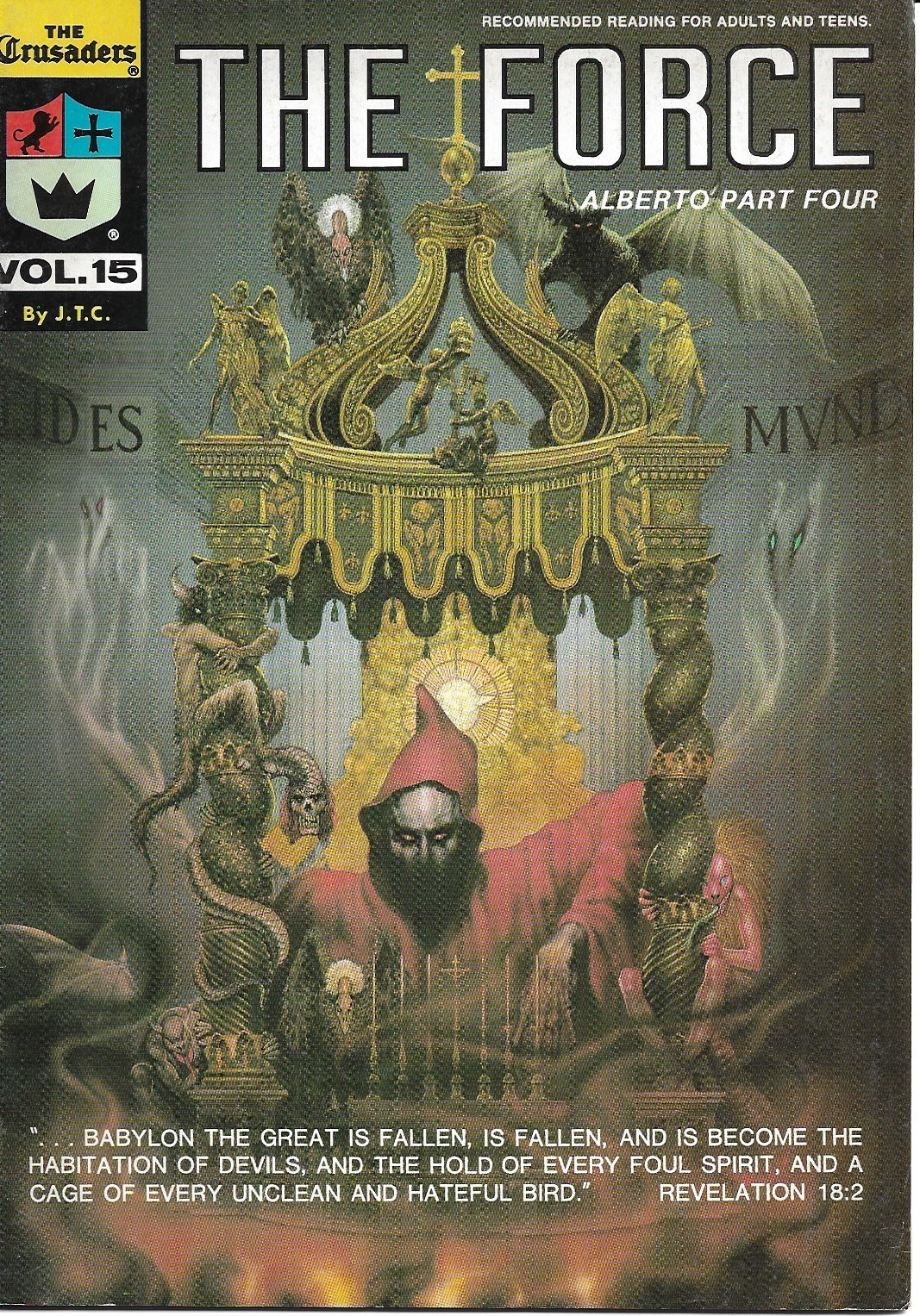 Jack Thomas Chick (April 13, 1924 – October 23, 2016) was an American cartoonist and publisher, best known for his evangelical fundamentalist Christian "Chick tracts". Chick Publications is known to have released over twenty-three full-color "Chick comics" since its founding. They are full-size comic books, and most were first published between 1974 and 1985. Six of Jack Chick's comics feature Alberto Rivera Rivera was an anti-Catholic religious activist who claimed to have been a Jesuit priest before becoming a Fundamentalist Protestant. Rivera was the source of many of the conspiracy theories about the Vatican and the Jesuits espoused by Jack Chick. This is Alberto Part Four. I m not a comics dealer, so read the descriprion and look at the scan. The range is Near Fine to Fine. There is almost no wear and faint toning. ; Large 8vo 9" - 10" tall; 32 pages