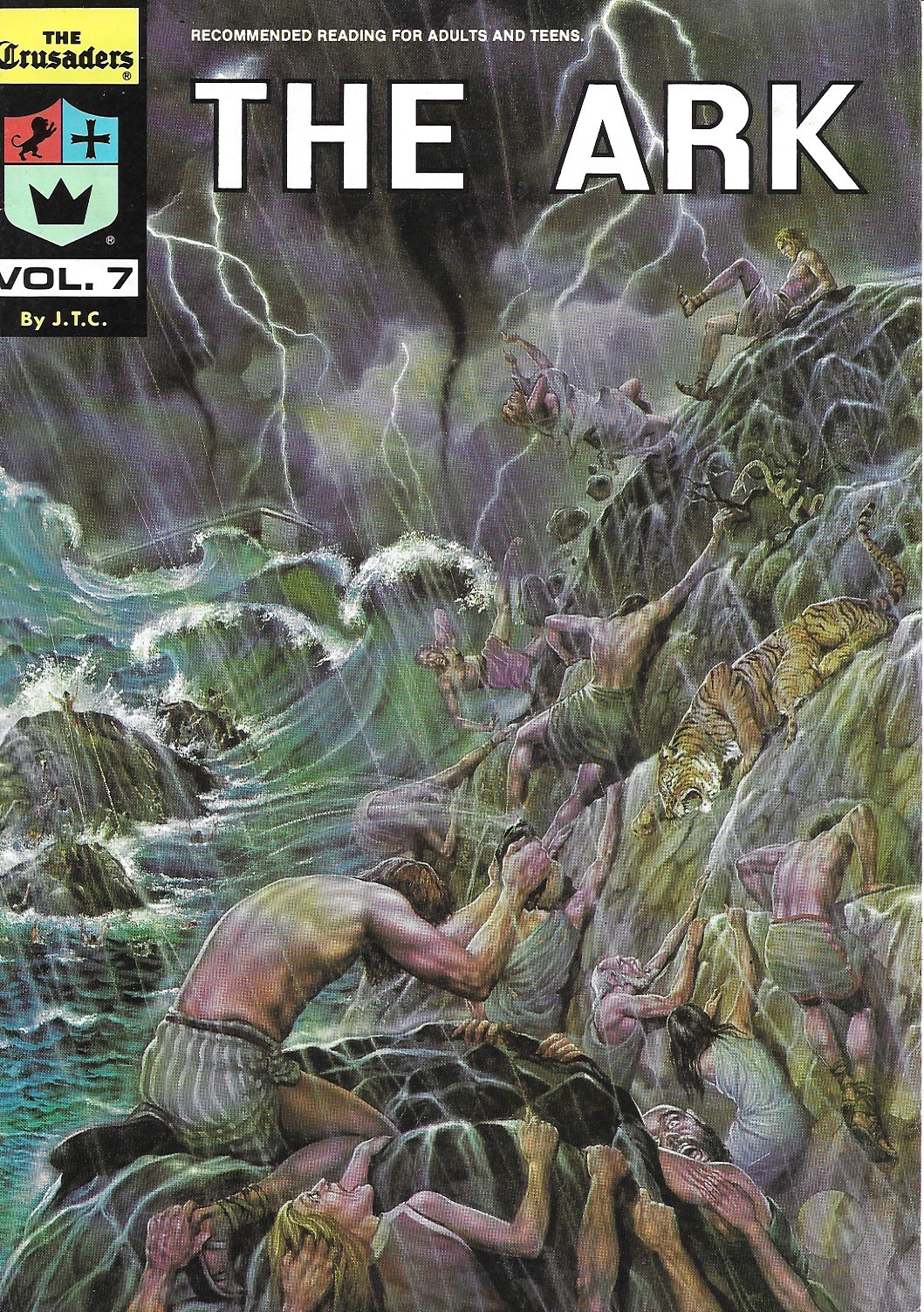 The Crusaders Vol. 7 The Ark

Jack Thomas Chick (April 13, 1924 – October 23, 2016) was an American cartoonist and publisher, best known for his evangelical fundamentalist Christian "Chick tracts". Chick Publications is known to have released over twenty-three full-color "Chick comics" since its founding. They are full-size comic books, and most were first published between 1974 and 1985. The first eleven form the Crusader comics series, which follows the stories of two fundamentalist Christians and addresses topics such as the occult, Bible prophecy, and the theory of evolution This is Vol. 7. I m not a comics dealer, so read the descriprion and look at the scan. The range is Near Fine to Fine. There is almost no wear and faint toning. There is a very light vertical bend at the bottom right corner.; Large 8vo 9" - 10" tall; 32 pages

Title: The Crusaders Vol. 7 The Ark

The Crusaders Vol. 7 The Ark