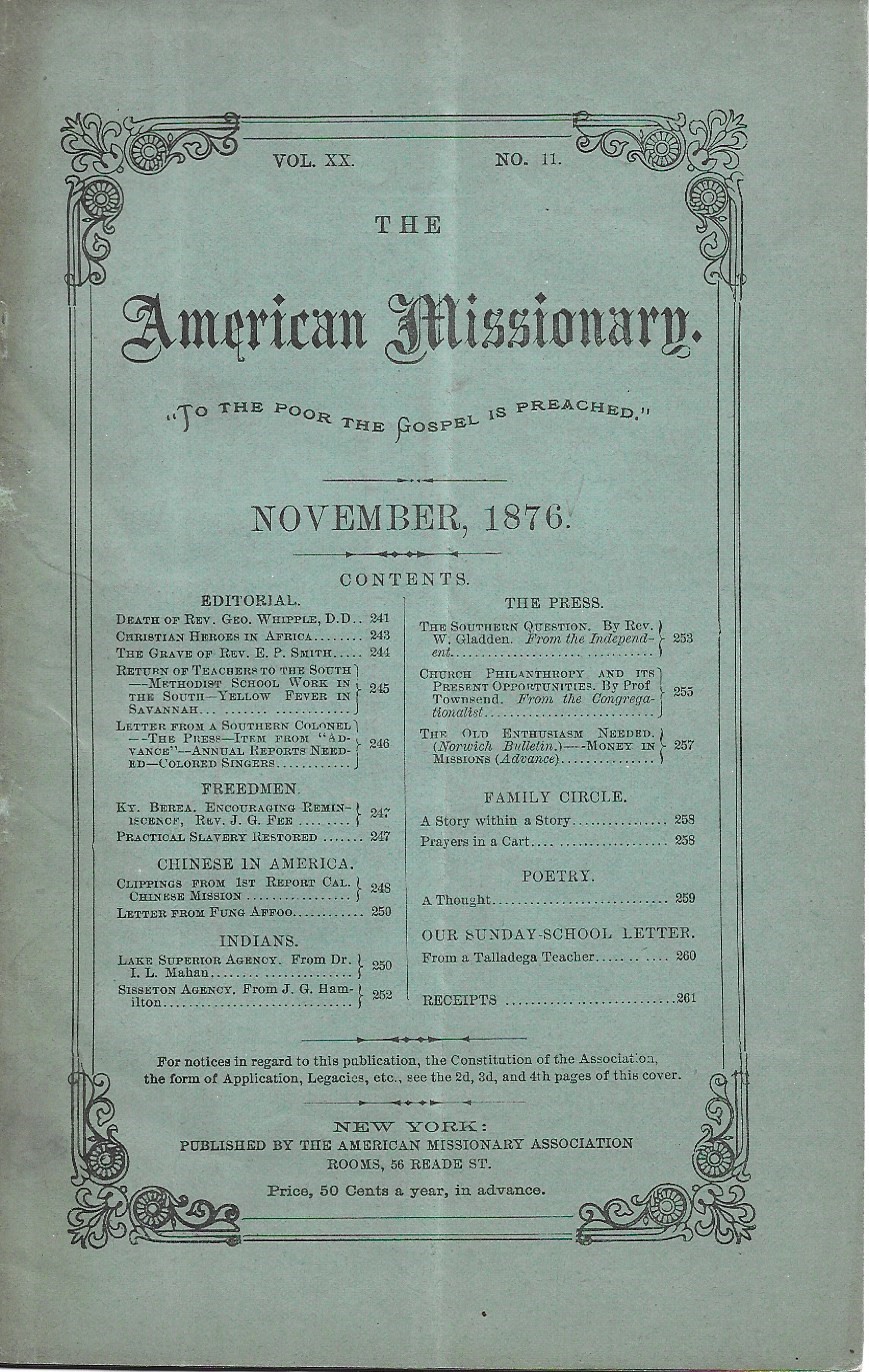 Stapled, pale blue wraps with black titles. Some light edge and corner wear and light aging/soiling. There is an old,, somewhat flattened vertical crease on the front wrap that affects the entire issue. Square with a secure binding. VG-. This publication of the American Missionary Association features reports from activities in the Southern states in freedmen schools and colleges along with other reports on Native Americans and Chinese immigrants. These magazines provide primary sources on early efforts (after the Civil War) on work in the South by these schools. This issue has articles entitled "Return of Teachers to the South" and "Colored Singers." There are reports from Berea in Kentucky and a stinging editorial entitled "Practical Slavery Restored." This issue has many other articles and reports as well including two on Chinese immigrants and two on Native Americans. Exceptional information about African-Americans in the post-Reconstruction South. These magazines seem to be rather uncommon. I find only