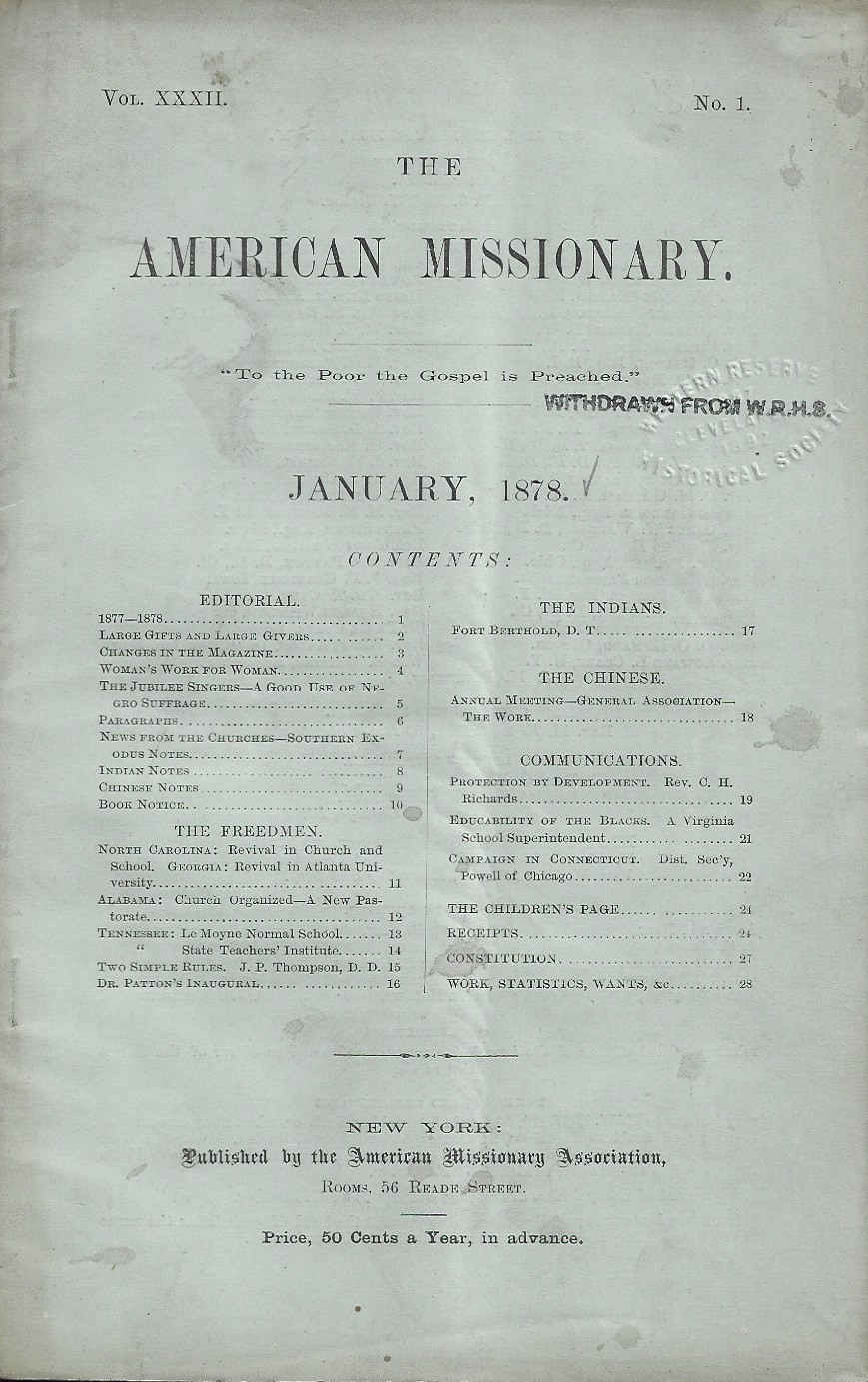 Stapled, pale blue wraps with black titles. Some light edge and corner wear and light aging along with a small embossure mark from the Western Reserve Historical Society and a witdrawn stamp on the front wrap. There is also some soiling on the front wrap and a tiny chip at the top of the spine. There is an old, flattened, vertical crease. Square with a secure binding. About VG. This is publication of the American Missionary Association features reports from activities in the Southern states in freedmen schools and colleges along with other reports on Native Americans and Chinese immigrants. These magazines provide primary sources on early efforts (after the Civil War) on work in the South by these schools. This issue has articles entitled "The Jubilee Singers-- A Good Use of Negro Suffrage" and "Woman's Work for Woman." There are reports from from revivals in North Carolina and Georgia, a new church in Alabama, LeMoyne Normal School and State Teachers' Institute in Tennessee and a few others. There are also