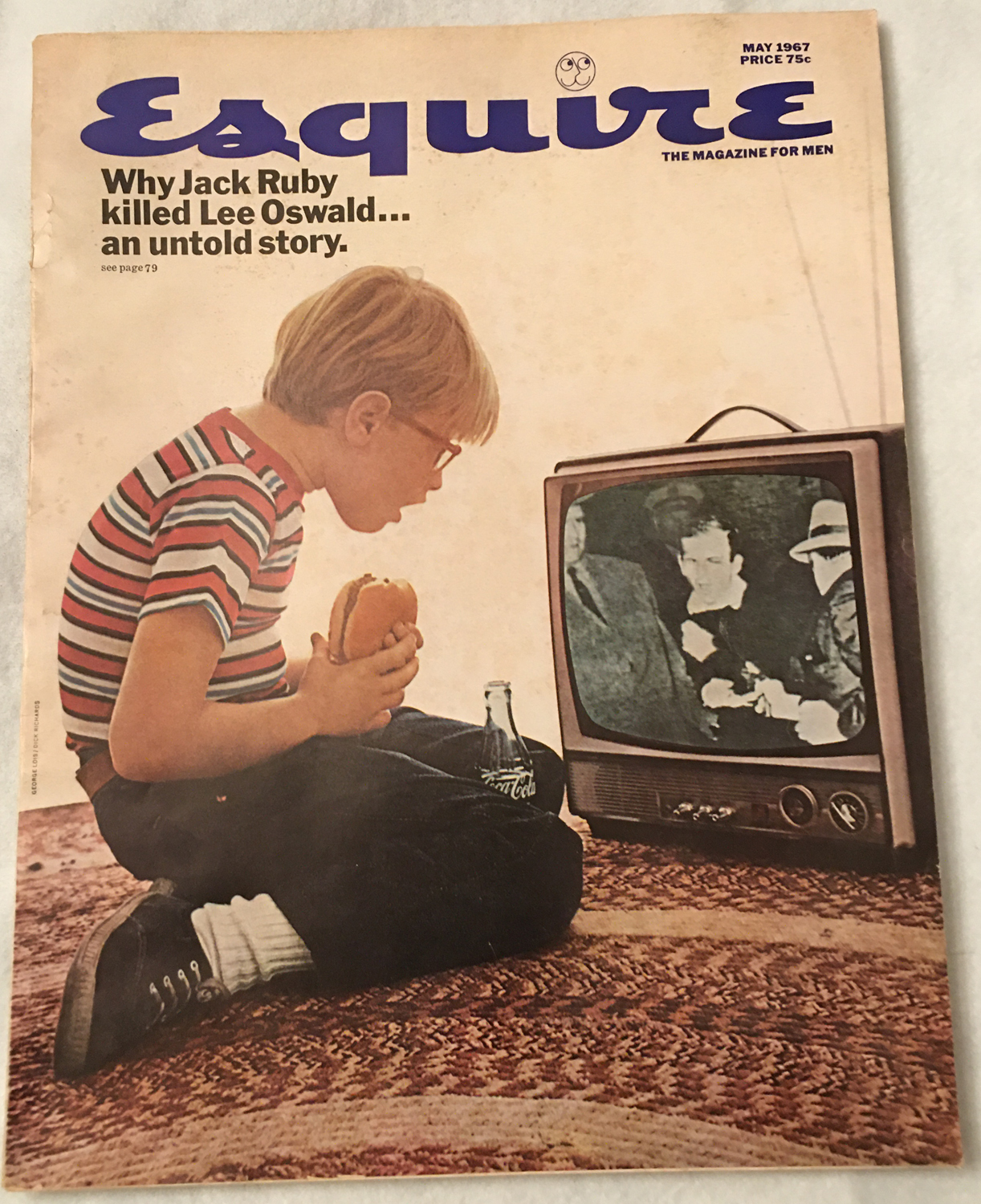 This copy has light, general wear and aging/soiling. VG to VG+. This issue of Esquire is of special interest because of three articles dealing with the assassination of President John F. Kennedy: There is an in-depth article by Garry Willis detailing research into Ruby and his mindset at the time he shot Oswald, a graphic/cartoon-based account (by Jack Kirby) of Ruby's actions leading upt to the murder, and "A Primer of Assassination Theories" listing and commenting on the main conspiracy theories in 1967. This is an excellent compilation of information on Jack Ruby and ideas about the JFK assassination a few years after the event and only a few months after Ruby's death. ; Color and B&W Illustrations; 4to 11" - 13" tall; 182 pages