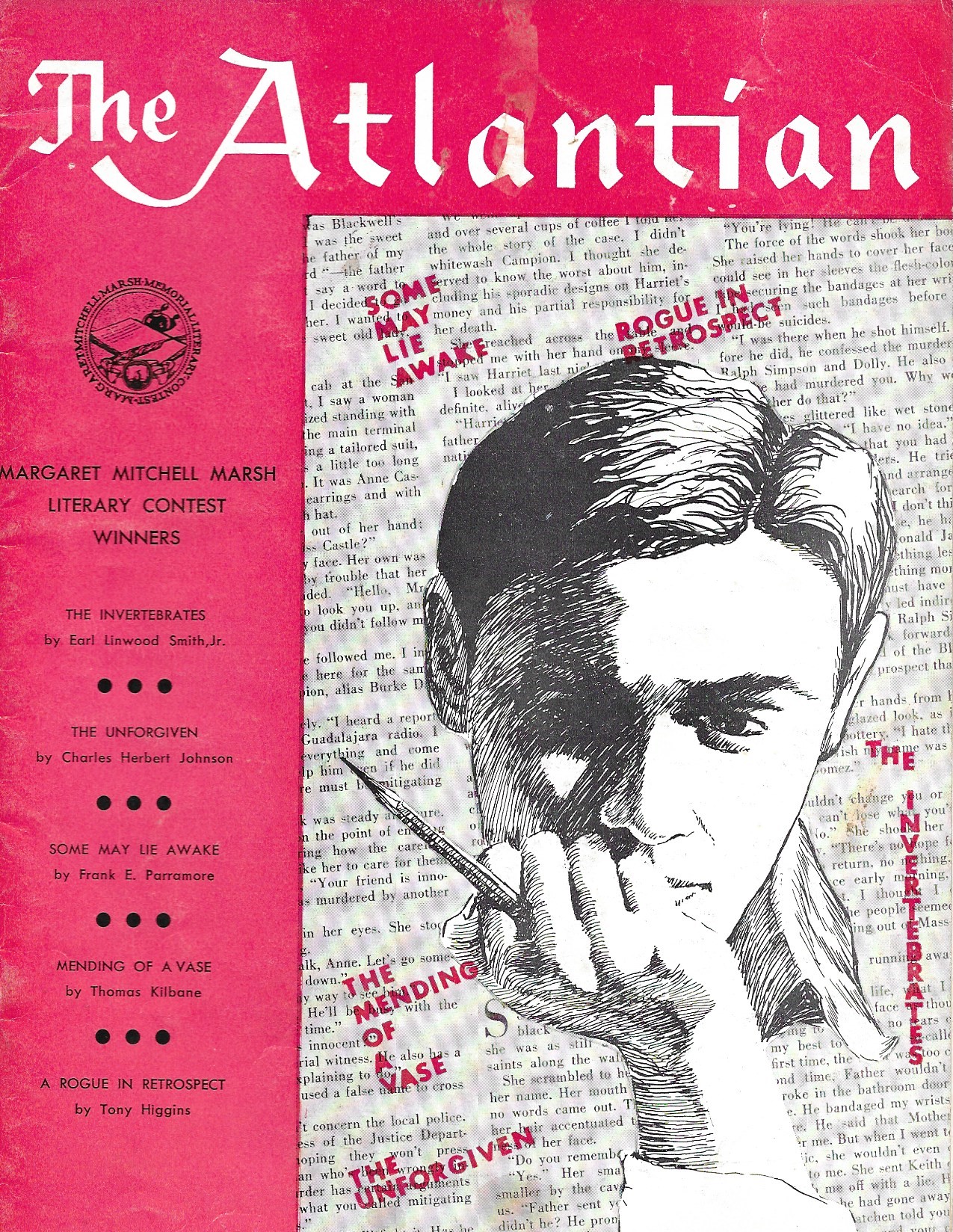 Stapled, pictorial wraps with white titles. This copy has light, general wear and aging, with some stains on the cover. In 1964 I was a freshman debater at Emory University in Atlanta. My partner and I competed in a debate tounament at the Atlanta Federal Penitentiary against a team from the University of Georgia and a team from the prison. We defeated UGA but lost to the prisoners, they were both Ivy Leaguers, one a lawyer. As we were leaving, we were giving copies of The Atlantian, the prison magazine which seems to have had a long history at the institution. This issue features the winners of the Margaret Mitchell Marsh Literary Contest with both stories and poems. There are other articles as well. These magazines seem to be rather uncommon. WorldCat is vague as to the specific holdings of libraries. ; Vol. 23-24 Nos. 3-4 and 1-2; B&W Illustrations; Small 4to 9" - 11" tall; 40 pages