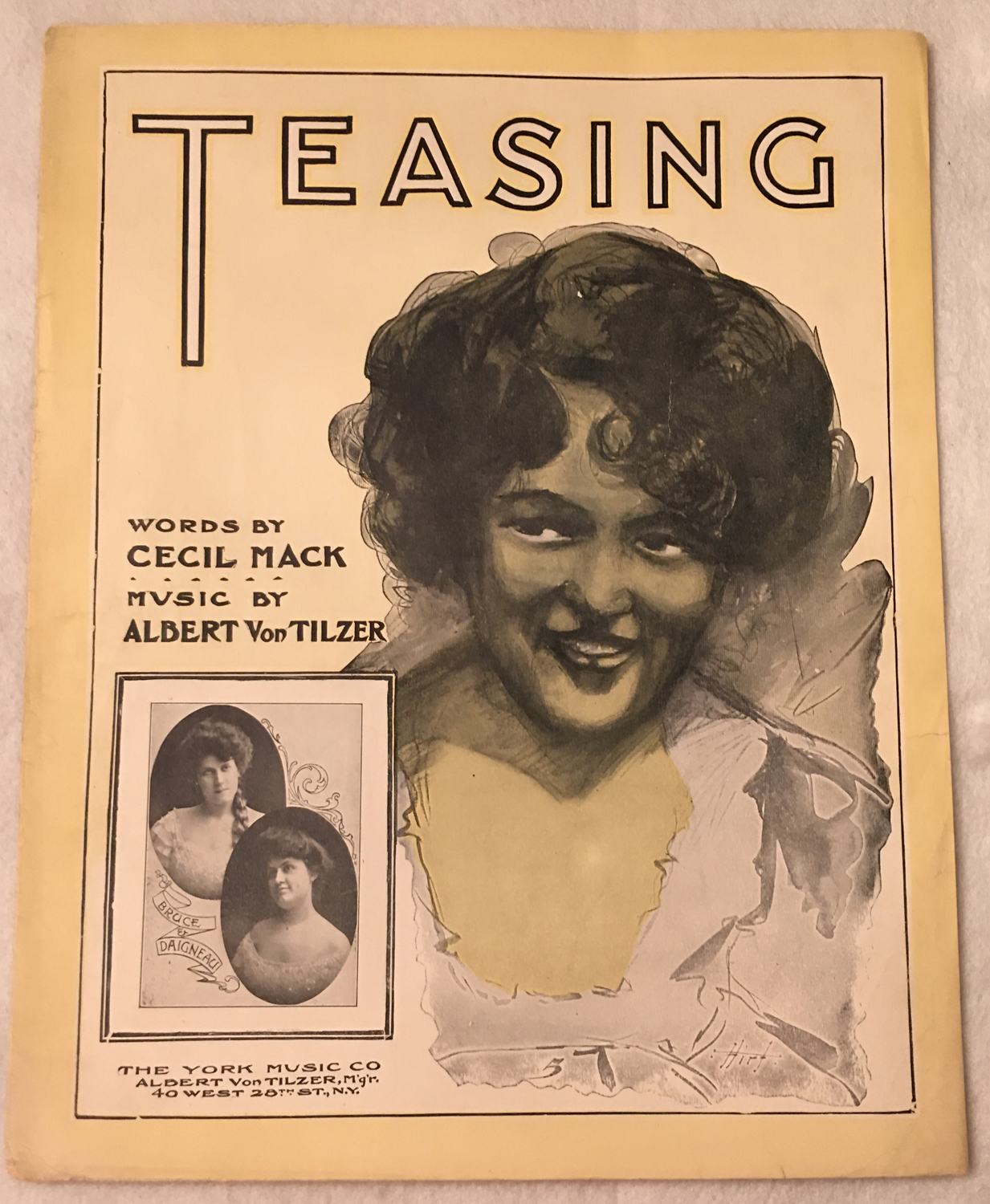 This sheet music features a drawing of a coquettish young woman with an insert photograph of the singing duo, Bruce and Daigneau. The music has general wear and light aging with a very small closed tear on the front edge. Overall VG to VG+. This song was composed by Albert Von Tilzer, brother of Harry, but of more interest, the lyrics were written by Cecil Mack (born R. C. McPherson) a prolific African-American songwriter. Cecil Mack was a lyricist and composer who also founded the first African-American music publishing company in New York, Gotham Music, which later merged with Attucks Music. Mack was responsible for publishing many of the songs made famous by Bert Williams and George Walker. The Library of Congress lists "Teasing" as a "coon song," but I see no evidence of that in the lyrics. SMAA ; Sheet Music; Color Illustrations; 4to 11" - 13" tall; 6 pages