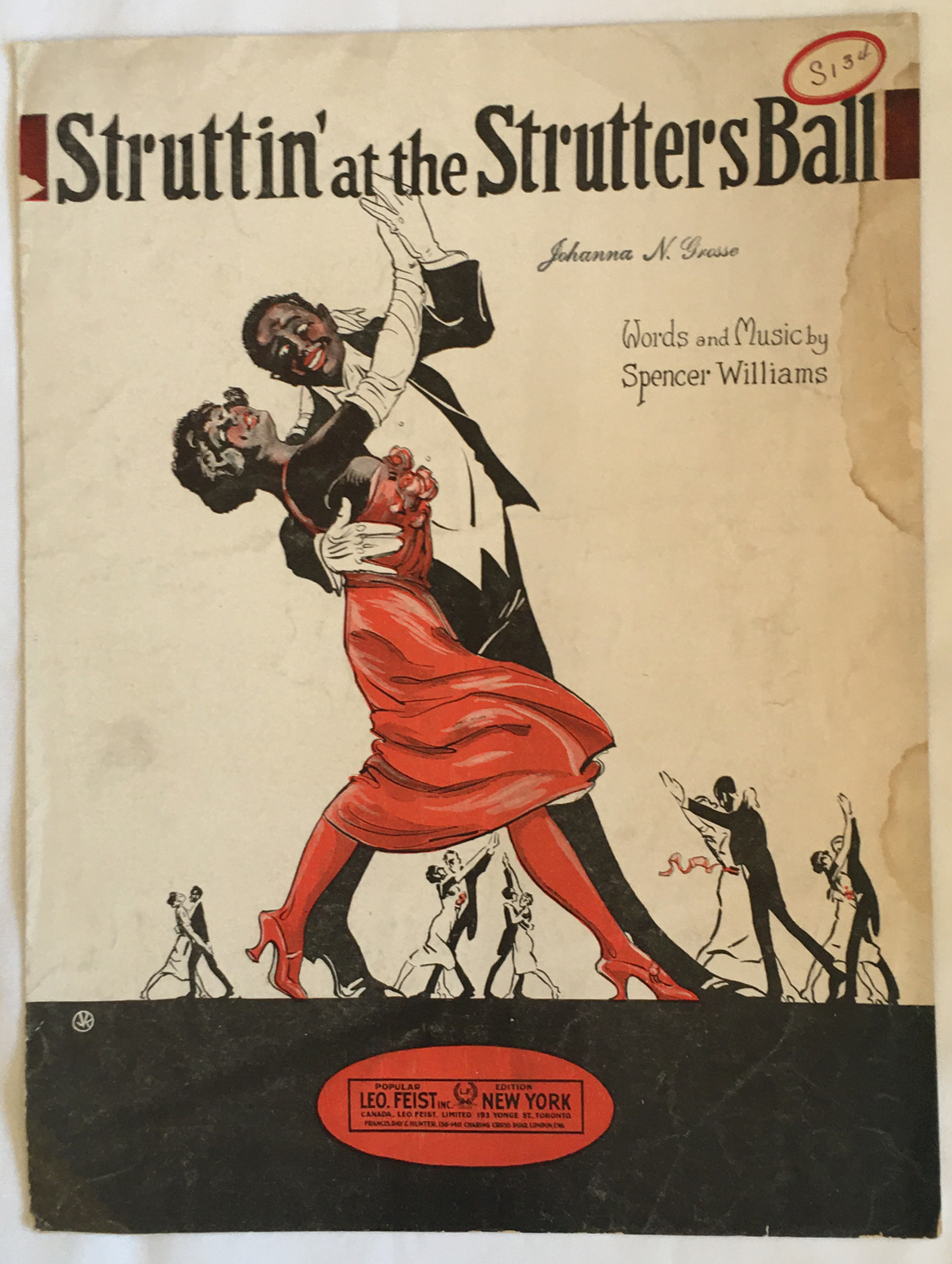 Struttin' at the Strutter's Ball

This sheet music has some edge, corner and surface wear with two noticeable stain along the front edge, a former owner's name stamp and a small oval price sticker. The edge stains are on the back edge as well and to a lesser degree on the inside. This number was by the great African-American composer, Spencer Williams, and was probably his attempt to capitalize on the popularity of "The Darktown Strutter's Ball." Spencer Williams (not to be confused with the African-American actor who played Andy on the Amos and Andy TV show) was a composer born in New Orleans. He was a prolific songwriter writing several major songs -- Basin Street Blues, Tishomingo Blues, I Ain't Got Nobody, Georgia Grind and many others. He was elected to the Songwriters Hall of Fame after his death. SMAA; Color Illustration; 4to 11" - 13" tall; 6 pages

Title: Struttin' at the Strutter's Ball

Struttin' at the Strutter's Ball