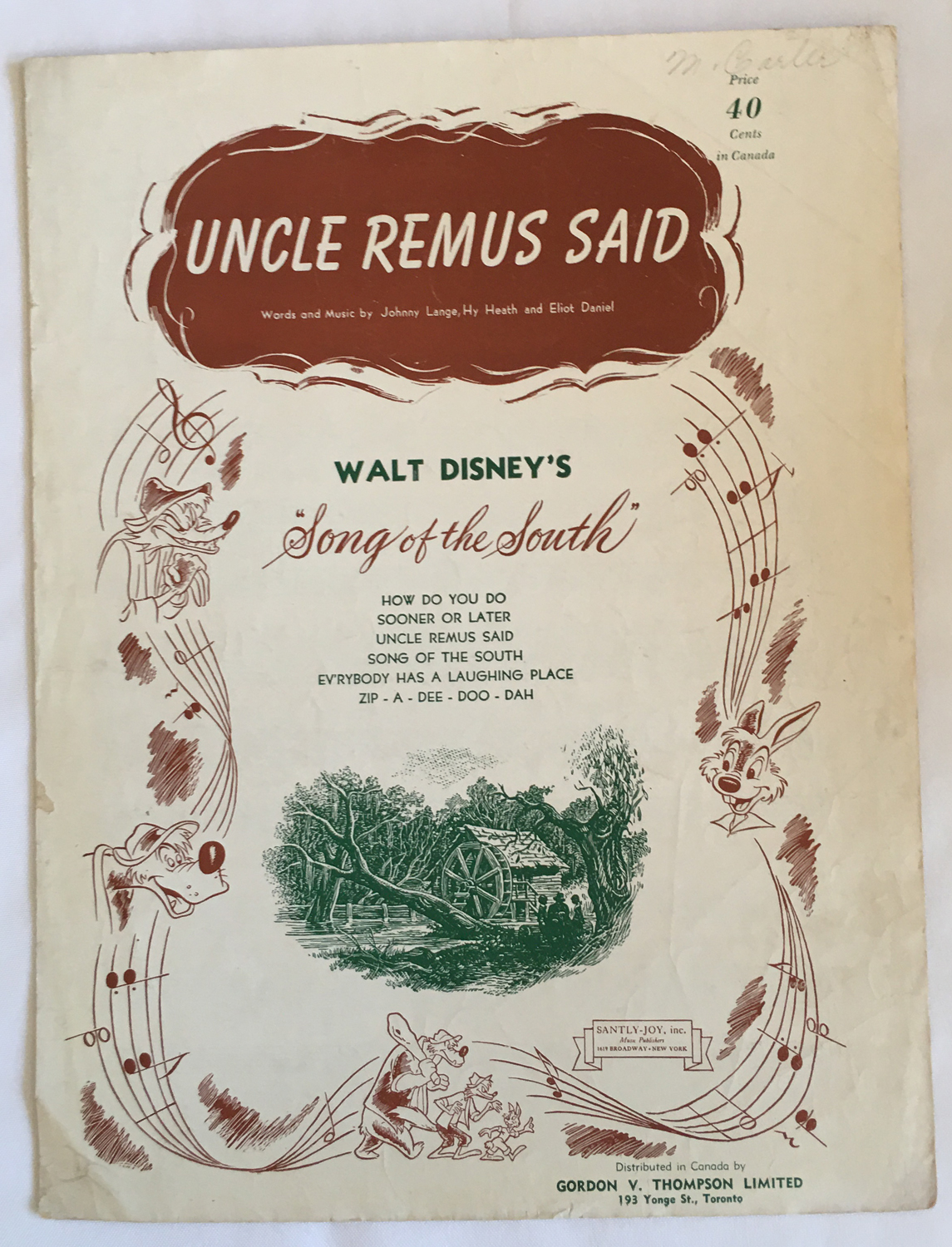 This copy of "Uncle Remus Said" from the movie, Song of the South, has edge, corner and surface wear along with a lightly penciled in name on the front, upper right. Overall, it is G+ to VG-. Song of the South is rarely seen today because of its implicit racism. However, James Baskett, who played Uncle Remus, was the first male African-American to receive an Oscar, albeit an honorary one. There is a photograph of Baskett, as Uncle Remus, on the rear wrap of this music. Baskett had had an important role in the all-black revue, Hot Chocolates and had also had roles in a number of all-black-cast movies. He died two years after Song of the South was released in 1946 (he was only 44.) He is one of many pioneer black actors deserving of more recognition. ; Tinted Drawings and B&W Photograph; 4to 11" - 13" tall; 6 pages