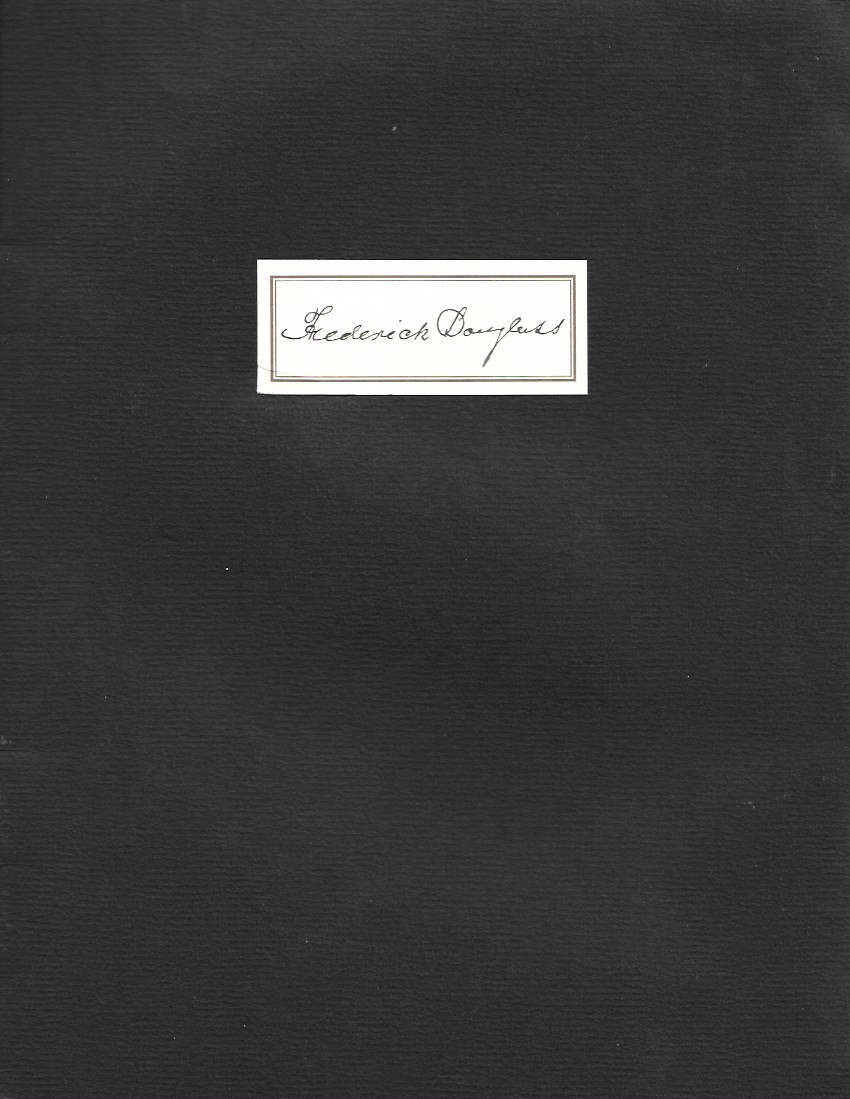 Stapled, black wraps with facsimile of Frederick Douglass' signature on front. This booklet was "Published on the Occasion of the Sixth Frederick Douglass Book Prize awarded by the Gilder Lehrman Center for the Study of Slavery, Resistance, and Abolition at Yale University." There is an Introduction by David W. Blight, a color facsimile of Thomas Satterwhite Noble's painting, "John Brown's Blessing," and a facsimile of a 4-page letter from Douglass to Maria Webb concerning John Brown's raid on Harpers Ferry. This copy has some light, general wear but is still, overall, near fine. ; Color Frontispiece and B&W Facsimile Manuscript; Small 4to 9" - 11" tall; 15 pages