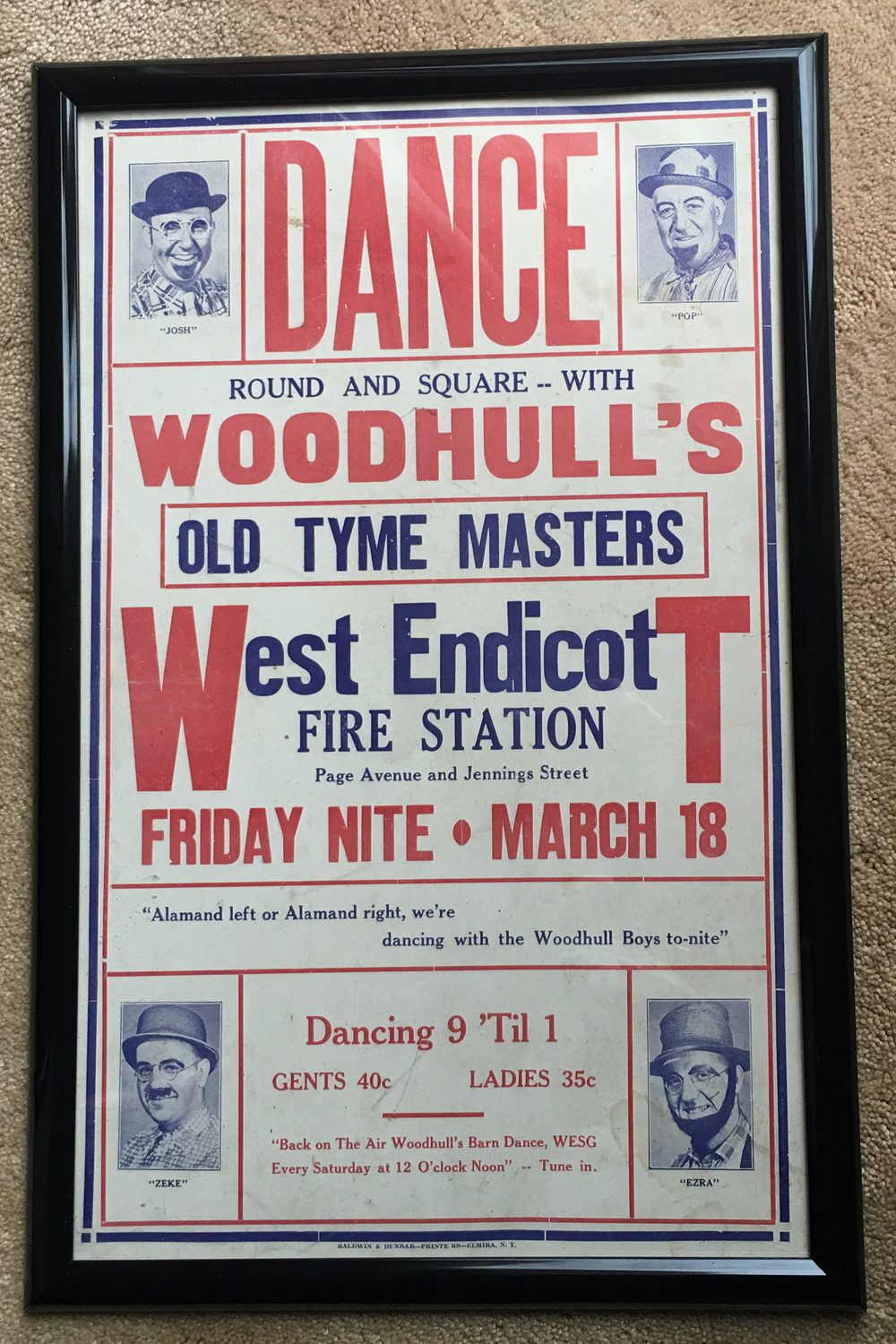 This cardboard window poster (13X23 approx.) shows some edge corner and surface wear. There are several short tears in the margins and some light stains and soiling. Overall the poster is in VG- condition. The poster is for an appearance by Woodhull's Old Tyme Masters at the West Endicott Fire Station in Endicott, NY. There are portrait photos in each corner showing the group members and their stage names. A note at the bottom says that the group appears on WESG Barn Dance on Saturdays at noon. (WESG was in Elmira, NY.) Woody Woodhull, "Josh" in the photos, was an accordian player who had formed this group in 1929. Based in Elmira, NY, they played mainly what Woodhull termed New England square dance music in central New York State. They cut several albums for RCA and Folkraft Records. Woodhull continued playing accordian and calling square dances until near his death in 1987. He was inducted into the New York State Country Music Hall of Fame. (It never occurred to me that New York might have a Country Music Hall of Fame.) This poster is a wonderfull artifact showing the range of country music in the 1930's. I date the poster to near the beginning of the band's formation because of the age of the players. They are oufitted with fake facial hair and interesting hats. GV10 ; B&W Photographs; Folio 13" - 23" tall; 1 pages