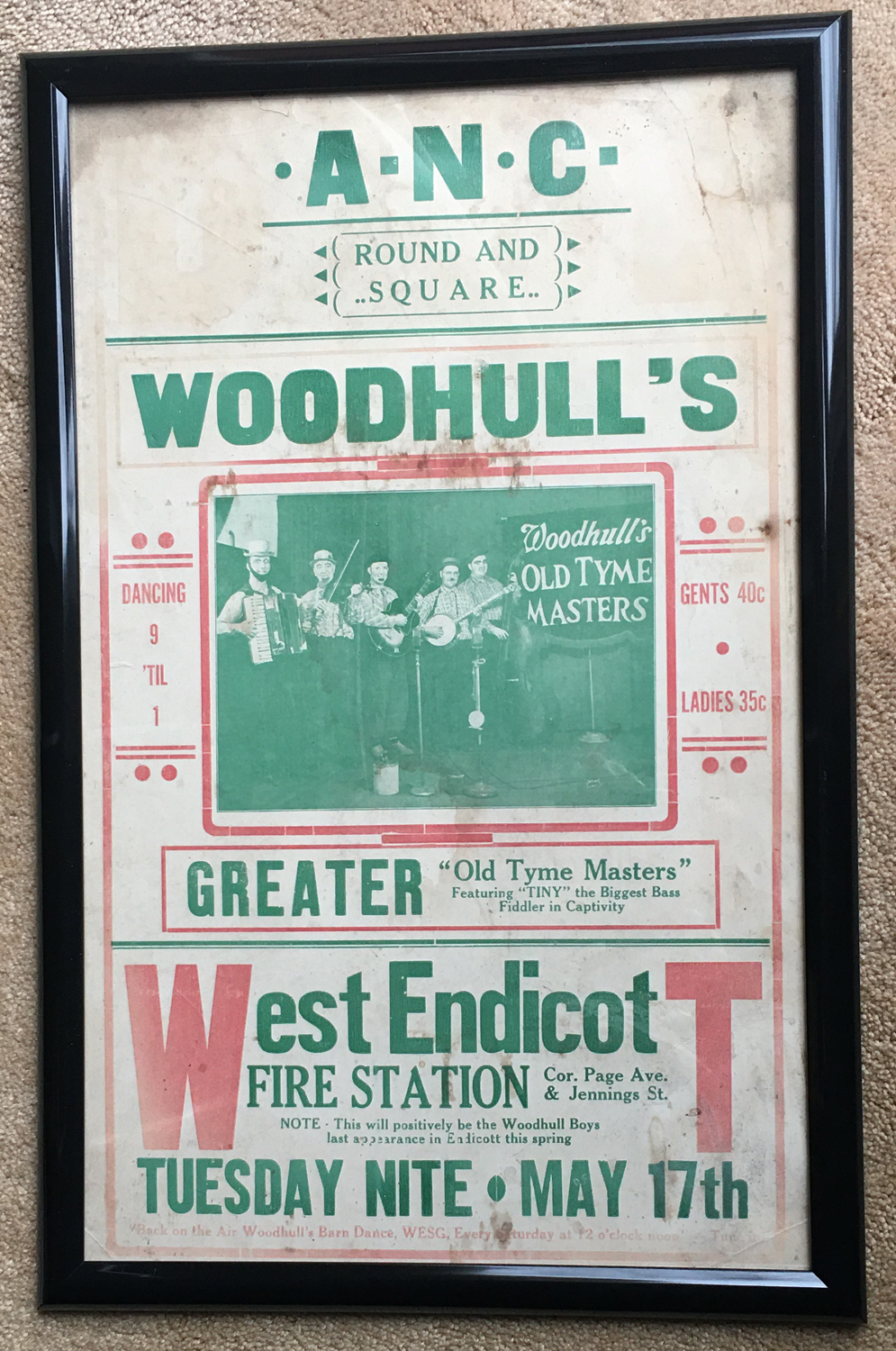 This cardboard window poster (13X23 approx.) shows much wear, aging and soiling. There are several chips and tears along with numerous stains and general aging. However, for an ephemeral object that is approaching 90 years of age, it still has great character. It is in the G to G- range. The poster is for an appearance by Woodhull's Old Tyme Masters at the West Endicott Fire Station in Endicott, NY. A notice near the bottom says that this will "positively be the Woodhull Boys last appearance in Endicott this spring." Woody Woodhull, the accordian player in the photo, formed this group in 1929. Based in Elmira, NY, they played mainly what Woodhull termed "New England square dance music" in central New York State. They cut several albums for RCA and Folkraft Records. Woodhull continued playing accordian and calling square dances until near his death in 1987. He was inducted into the New York State Country Music Hall of Fame. (It never occurred to me that New York might have a Country Music Hall of Fame.) This poster is a wonderfull artifact of the range of country music. I date the poster to near the beginning of the band's formation because of the age of the players. They are oufitted with fake facial hair and feature "Tiny, the Biggest Bass Player in Captivity." ; B&W Photographs; Folio 13" - 23" tall; 1 pages